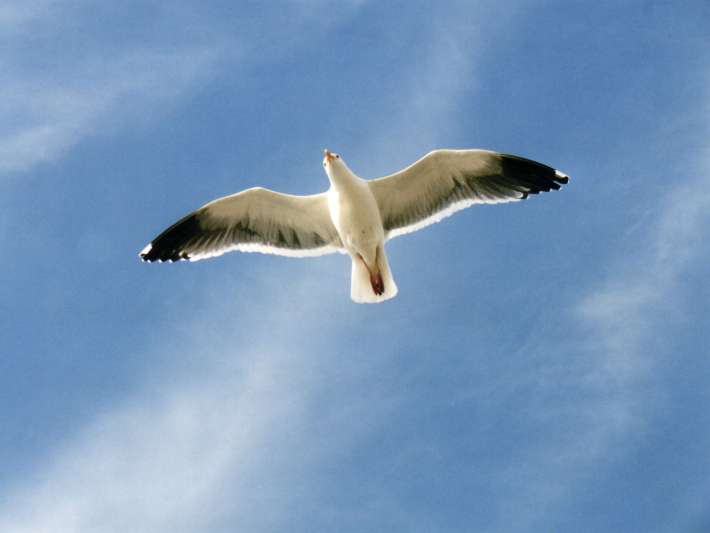 On a girls night out recently one of my friends made an interesting comment. I was talking about my crazy, exuberant, full-on dog Mazzy chasing sea gulls in the sky at the beach and running around like she was on fire and my friend said well "She's a lot like you Amanda.''

I know what they say about dogs and their owners but I had a hard time swallowing that one as I've diagnosed my puppy with ADHD - adolescent dog, hyper activity disorder. As I like to think of myself as sensible, rational, calm and not a seagull chasing lunatic, I haven't been able to see any obvious parallels between me and Maz.

So I had to ask "I am really that mad?" The parallel she drew between me and crazy Mazzy was that I was "milking life for all its worth." Seen in that context, I took it as a big compliment. Should there be any other approach to life?

On that note, here's a rather inspiring tale from a financial advisor enjoining the importance of having big, fat audacious goals and a detailed description of one that he sets for himself. Go for gold.

Speaking of gold, I stumbled across this fascinating profile published by Forbes of Li Ka-shing, Asia's wealthiest man, who continues to work like a demon at age 83. May his tale also serve as inspiration for those determined to live large and make their dreams come true.

During my recent interview with Andrew Patterson, he asked me whether I didn't think that money habits and patterns were formed during childhood thus leaving many set up for either good or bad starts to life. I'm not a psychologist but I do believe what happens to us in childhood leaves a deep and lasting imprint, so yes our early exposures on money issues can be formative. That said, it's fascinating how individuals respond and adapt once they become aware of their behaviour and start making conscious choices.

The following blog by a "financial life planning" advisor by the name of Christine Mathieu examines the impact of memories on our money behaviour. She relates an interesting story about her own financial woes caused by "champagne taste and beer money pocket book." Thank you Nathan for sending this my way.

4) Divorce capital of the world

News to me but London has the reputation of being the divorce capital of the world on the basis of very generous settlements in the favour of ex's married to seriously wealthy individuals. Sir Paul McCartney's ex Heather Mills, (who ended up with a £24.3 million settlement) gets tops honours in this department. I don't follow these stories too closely but I was interested to read that Madonna's ex, film maker Guy Ritchie, took the high road and forfeit any claim to her fortune because he was satisfied with his own. Maturity amid matrimonial hardship is a beautiful thing.

And finally for those of you thinking about reallocating some of that term deposit money into shares for the upcoming partial privatisation of Mighty River Power, here's an item from the New Zealand Herald about how brokers are preparing for the initial public offering. For more on the process, see also the Government's share offer website here.

Music therapy: Ian Ball's remedy to champagne taste and beer money pocketbook below. I'll be back on deck Thursday for another Take Five as part of the new schedule.

#2 "Even at 83, Asia’s richest man, Li Ka-shing, gets more done by lunch than people half his age pull off in a full day. By the time I meet him he’s already mowed through his daily breakfast of congee and vegetables, a thorough read of the international news and a round of golf near the home he has lived in for the past 50 years"

OK to be fair to the guy, he is 83. However... eating breakfast, reading the paper, and playing a round of golf before lunch isn't really that challenging. Especially considering he probably has a driver and someone to make breakfast and clean up afterwards.

Also I'm always confused by people who are this driven. Living in an apartment block in HK at age 83 still working to increase your wealth when you are already worth billions doesn't sound to me like a balanced approach to life. My initial thought when I see people like this is that this answers Andrews question in #3...

Psych 101: Li's early childhood experience  of his father dying which threw the family into poverty left a deep and lasting imprint and he has spent the rest of his life amassing a fortune to try and overcome that experience, without realising that no matter how much money he has it won't bring his father back or cancel out that moment.

So yes his story is rather inspirational, but I'm not sure in the way you were thinking.

Champagne should only be drunk when you are in love.