In part two of making of a multi-millionaire, our guest blogger explains how he made the leap from one to multiples of millions

Personal Finance
In part two of making of a multi-millionaire, our guest blogger explains how he made the leap from one to multiples of millions
14th Jun 13, 12:17pm by Guest 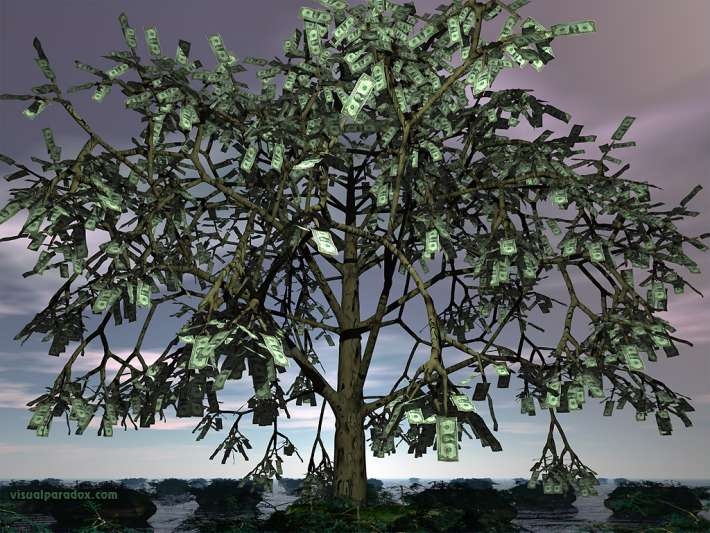 As explained in part one of this series, my first million was made the same way I made my first thousand, via hard work and saving, with a dose of good luck.

I had no particular idea or competitive advantage, beyond perhaps a work and savings ethic some others didn't have.

So, in my early thirties I was a millionaire and easily richer than my other friends.

The problem was, I didn't feel rich and had begun to have much higher financial targets in mind. This is a slippery slope and is fraught with danger, but that's another story. However, if getting rich is what you want, ambition is the fastest slope of all.

I was getting very well paid and thought I would continue on the same track.

Then I received a very wise piece of advice from my boss. He recommended I get overseas ASAP, preferably to New York or London, where 'the crumbs for a hard working Kiwi would really be a feast vs anything you could make at home. Your accent will work for you too'. God bless him, he almost bought my ticket to get me to go, hoping I would return. I did, eventually.

I got on a plane with no job, but youth, ambition and a reasonable work ethic.

I landed a job in London working as the junior gopher/salesperson on a bond trading bank for a Swiss bank. I started getting coffees for the BSD's, writing market summaries for mass distribution and listening to how it was all done.

What they don't tell you about financial markets is that there is inevitably high turnover, for many reasons - burn out, downsizing, re-sizing, 'right' sizing, promotions, postings etc.

It's a young persons game and they churn through people. Actually I find it amusing, as I firmly believe that the finance industry, with so many clever people, manages itself very poorly. It never really plans for the future, only the now.

Anyway, the upside of that was that doing a good job and waiting for turnover meant you were promoted quickly. Within 4 years I was the head of the desk. Being in sales also meant I had the best client relationships, as four years is an eternity in financial product sales and you rapidly become the reliable old timer to your clients.

The other secret about financial services, although better known now, is how well paid it is. The industry makes nothing, but provides services that allow it to take the tiniest of slices off the biggest pots of money. It adds up, believe me, and my salary and bonus, which was £80,000, grew by 50% every year. You do the maths.

The other piece of luck was the value of the New Zealand dollar. It was very low, historically low in fact, and I could get NZ$3.50 for every Pound. In London it was all Cool Britannia and David Beckham, in NZ all doom and gloom. It just didn't feel right to me and, anyway, I knew I would go home.

In those four years my net worth went up by an average of $500,000 a year. Remember, this was on a salary and bonus, with almost no risk. I worked very hard, with huge hours, but it was fun at the time and didn't feel like hard work.

I've heard that for fund managers getting the currency and asset class investment decisions right are key. I'm a living example of that.

I spent eight years overseas, getting posted to Switzerland and then New York. And while the NZD strengthened, it was always a lucrative gig. I enjoyed the work, got to see the world and, in my opinion, had a distinct advantage being a Kiwi.

Basically, you were novel for most people and were never pigeonholed into a cultural or racial stereotype. I have to thank Peter Jackson too, as Lord of the Rings made all things Kiwi cool, including bond salespeople.

Up until then the All Blacks was all anyone ever knew about us and no one I met had ever been to NZ.  We had kids and my partner enjoyed it too. Life was sweet. I'm embarrassed to say what I eventually ended up getting paid, but its amazing how in that environment envy one gets such a distorted idea of their worth. When you trade billions, millions doesn't seem so much. Weird, but true....

So we came back to New Zealand and I decided to retire, leaving my partners career to take precedence, which it still does.

In part three, A. Type will share their distilled wisdom and reflect on the wider lessons of chasing wealth.

How did you go from computer science into financial services?

Are you over 6 foot and have very good people skills (put money on a yes to both these q's).

Get a high paying job so your net worth goes up $500K per year.  Amazing.  Who would have thought of that as a way to be a multimillionaire.

Maybe I got it wrong but I thought the whole point was cash ROI  was irrelevant. But then to be honest the whole story hasn't really inspired yet, I guess I'm part of the big IF at the end there.

Yes, having a million in the bank allows you to take risks with your career, safe in the knowledge that you can survive without a paycheck.

Also, it says his net worth went up due to wages, asset gains, house price inflation and exchange rate gain not just from income.

So basically you are telling us that to get rich we need to become entrenched in an industry that made big profits that were distributed as bonuses based on a ponzi scheme what when it goes belly up the losses are socialised.

Thanks for this great insight.  Its like the GFC never happened.

I do appreciate this guest does acknowedge their good luck in line with their hard work and endeavour. However I dont think they really appreciate quite how much luck they had otherwise I don't think they would be suggesting it has merit for others. For most this is simply not a possibility and earning high six figures on a regular basis will not resonate.

I worked five years for an investment bank and then four years in a management consulting/executive role in the US. Yes i worked hard but the key ingredient to the handsome rewards I received was simply luck, firstly working for organisations that were in a position to gouge the wider economy and they also gave me the opportunity. Many more talented people never got the chance from university even though some tried to join the same organisations over those ten years... repeatedly.

I especially like the fourth point made however point two is situation dependent. That they kept their financial discipline when they were earnling the big money is easier said than done and deserves mention.

For most seeing someone earning big money it will appear all to easy and not applicable to most peoples opportunities.

So did the punters who received the summaries know you were only the coffee maker?

Hang on, WTF am I thinking, this is the financial services industry you are talking about, of course they didn't.

I wish I could say well done but all I can say is "lucky bastard" because all you're talking about is luck.  You got itno a job that adds absolutelymno vlaue and went from coffee maker to head of desk.  I'm jealous but hey, well done "lucky bastard"