Time wars; Canada, eh?; Workplace engagement; Love is in the air; What we can learn from the Australian Defence Force

Time wars; Canada, eh?; Workplace engagement; Love is in the air; What we can learn from the Australian Defence Force 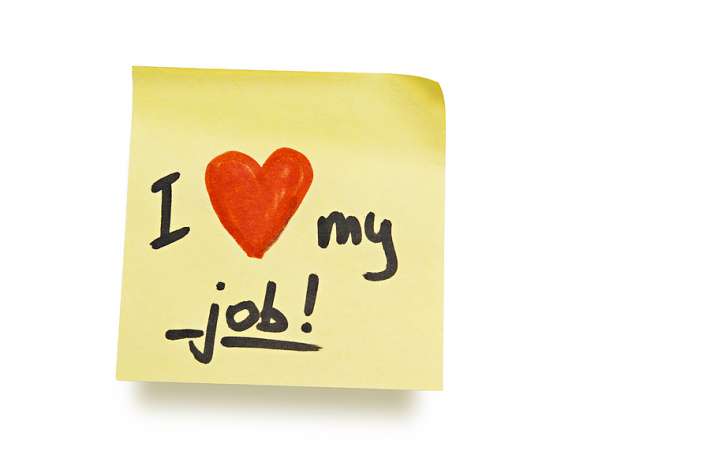 One of the worst/best moves I've made in a while is giving my 10-year-old son my old Nokia. No, it's not the texting or games that have become an issue, instead the device has amplified his obsession with time.

It was a pre-existing condition I suppose brought on by a realisation that he can better control the time when he commandeers others to move around his schedule via his phone. How so? The alarm.

Having deliberately chosen the most annoying digital tune on the menu (for optimal get thyself out of bed effectiveness) he's adopted a routine of a prompt 6 a.m. wake-up. I had to talk him out of 5 a.m.

On one hand this has been great, as he used to be the last out of bed in the morning and would make the rest of us late. With this new alarm system, he's become a time Nazi. By 7.30 am. he's shouting marching orders to myself and his younger brother to hustle out the door so he can get to school, one hour before the bell rings.

I guess I should applaud his motivation and self management skills however I have had to issue a stern warning that mummy's tipping point is being honked at to hurry when the kids have loaded themselves into the car. Yes, I have to drive them because we live miles away.

The moral of this story? Many of us can learn from time Nazis by deliberately programming your day to make yourself a more productive individual.

This has financial repercussions of course because time is money and just as we can fritter away money on things that make us temporarily happy, we can make it worse for ourselves by frittering away time which we never get back.

With some tips on changing your life by embracing the beauty that is the schedule, check out the following from The Guardian.

Economic efficiencies and geography make Australia an attractive destination for Kiwis looking to explore the world and make some money while they're at it.

Sure, Australia has sun and surf but Canada is where it's at these days my friends.

According to a new study surveying workplace happiness, Canadians are among the happiest of employees of the G8 countries.

Canada was followed in the rankings by the UK, Germany, Italy and the US.

Why are Canucks so happy? Remuneration has something to do with it according to the study, reported here by The Guardian.

Yes, money can be a hugely motivating factor for employees but it's certainly not everything. Workers want to be stimulated intellectually, creatively challenged, socially engaged, inspired and made to feel like their work counts for something and that they do too as human beings not work robots.

While things are starting to change in this space, the following from Harvard Business Review shows employers still have a long way to go to tap the full potential of their employees by getting them more interested on the job.

Dr. David Facer (aka The Motivational Guy) offers some heartfelt advise here on how to get the best from your employees. His solution? Love. Yep, you read that right.

Facer suggests you (as an employer) need to slather your employees in love so you are giving them what they want and need instead of trying to extract from them what you want. He believes the disconnect is what prevent a truly successful business from flourishing.

At the Financial Literacy conference I attended last week, one of the guest speakers was Air Commodore Robert Brown. I know that's what I thought too? Military, personal finance, where's the link?!

As it turns out, there was good reason for the Commodore's presence. You see, the Australian Defence Force subscribes to the love your employee policy - big time. So much so in fact, that they've made it compulsory for their members to take classes in personal finance.

No, they don't force them into affiliated managed funds or get them to buy insurance from retired air force employees. They just want to see their members manage their money as best they can (by being educated about how to do it) so they can ease their way into a comfortable retirement.

Here's a link to their website if you're keen on exploring some of their resources. All of them free for the taking.

For more back to basics personal finance guidance here's how to order a copy of Amanda's book Money Matters: Get your Life and $ Sorted. The book is also available in ebook format as well via Amazon and is replete with hyper links to help you get your finances in order. Take Five is published on Mondays, Wednesdays and Fridays. You can also follow Amanda on Twitter @amandamorrall; check out her previous Take Fives here.

They'll tell you time is money as if your life were worth it's weight in gold.
But is it really?

We have all the time we are given and not one jot can be lost.  It can only be a question of how it is spent and yet they talk about being driven (or driving).

What kind of a life can be had from a fast moving car?