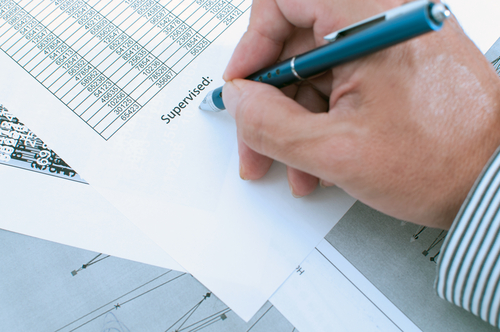 Credit unions and building societies are asking if they can report directly to the Reserve Bank.

"There is potentially a stronger case for a separate continuous disclosure type regime akin to the regime that applies for banks," the chief executive of the New Zealand Association of Credit Unions (NZACU), Henry Lynch said.

He said the RBNZ's report to the Minister of Finance, Hon Bill English, on ‘The Operation of the Prudential Regime for Non-Bank Deposit Takers’ (NBDT) advocated "even more" power and responsibility being outsourced to external commercial trustee companies - but did also raise the possibility of direct supervision.

"Every dollar more we have to spend on compliance reduces our members’ ability to offer low cost banking services to New Zealanders," Lynch said.

"This is a big challenge for our small indigenous financial institutions and the report has given Government options to free up customer-owned banking so it can serve its community better.

"The Reserve Bank agrees we offer ‘bank-like’ products, and given NBDTs will soon be directly licenced by the Reserve Bank, it seems ludicrous not to allow credit unions and building societies to report directly to them as banks do."

Lynch said it also made no sense to continue to maintain the "complex disclosure regime" that credit unions and building societies were required to adhere to under the Securities Act and NBDT regime.

Banks had an exemption from the Securities Act for day-to-day banking, he said.

"But the Reserve Bank wants to keep calling the basic transactional banking services offered by credit unions and building societies ‘debt securities’ and that means we have to issue prospectuses and investment statements just for everyday savings accounts."

It was "ironic" that the Financial Markets Authority was campaigning for plain English disclosure while the people most in need of straightforward treatment were "being forced into a confusing and complex regime".

"Another concern is the Reserve Bank maintaining the current low credit rating threshold for small institutions.  This is clearly placing a huge financial cost on our members and in turn their mum and dad customers, without any clear benefit.  In real terms, the limit has actually been reduced over the last five years due to inflation."

Lynch said “no other credit union regime in the world" had a credit rating requirement and yet credit unions worldwide had fared significantly better than their investor-owned peers.

He said the requirement for the Reserve Bank to report to the Minister on the operations of the NBDT sector was legislated when the sector was created back in 2008.

This was because the Finance and Expenditure Select Committee considered that the review was desirable "given the novelty of some features of the regime, such as the use of trustees, and that the threshold for the credit rating requirement would be set by delegated legislation".

"Our Member credit unions and building societies represent 62% of the core “typical” NBDT sector by number and as far as we’re concerned the ‘novelty’ of the regime has worn off!"

Lynch said credit unions and mutual building societies were locally owned by "mum and dad" Kiwis and operated in a completely different space to finance companies.  They provided everyday transactional banking, and simple savings and loans, not complicated investment products.  All of the profits were put back to those mums and dads through products, services and rates.

"We don’t understand why it should be so much harder for these valuable community banking providers to compete.  Especially given the outstanding work our Members did during the Global Financial Crisis (GFC) and the fact that not a single member lost funds as a result of the GFC or asked for a Government hand out.

"1 in 20 Kiwis bank with one of our members and we are collectively the 6th largest transactor by volume – so in a market dominated by Australian owned banks you’d hope that more support would be given to help grow the indigenous financial services organisations that keep their profits in New Zealand."

Lynch said he was "confident" there would be recognition by the Government of the valuable role of credit unions and building societies made in providing "vital banking services to our 210,000 mum and dad members, and to reflect that in an appropriate regulatory regime to compete on a level playing field with other ‘bank-like’ organisations".