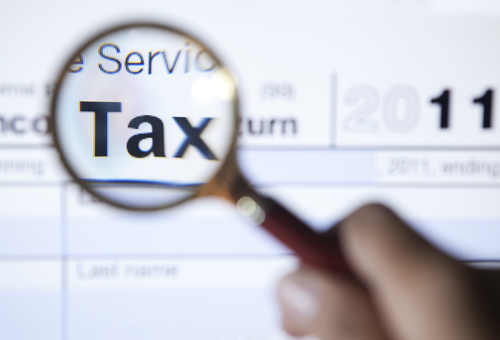 Finance Minister Bill English says high income earners are now paying a bigger share of income tax than they were six years ago.

And he says that new data indicates New Zealand’s income tax and support system "continues to provide significant income redistribution, with households earning more than $150,000 a year forecast to pay 74% of net income tax in 2014/15, compared with 58% in 2008/09".

In support of his claims English produced the table below. 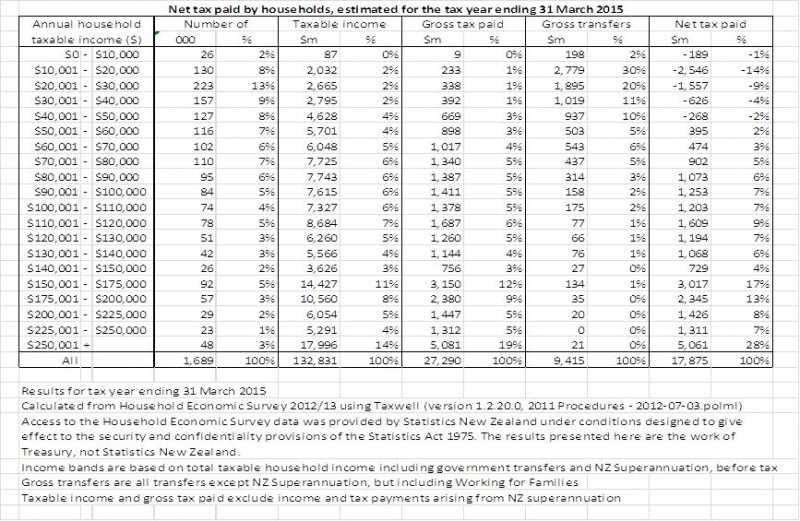 "It is now clear that higher income households are paying a larger share of income tax than they were in 2008."

English said the Government had maintained a redistributive income tax and income support system that supports low and middle income families and helps New Zealanders through times of need.

"The amount these households pay in income tax is exceeded by the amount they receive from welfare benefits, Working for Families, paid parental leave and accommodation subsidies. That’s entirely appropriate for those families genuinely in need."

Using data from the Household Economic Survey, Treasury has updated information provided last year to include forecasts for the 2014/15 tax year.

The Treasury estimates that this year households earning over $150,000 a year – the top 15 per cent of households by income – will pay 49 per cent of income tax.

But when benefit payments, Working for Families, paid parental leave and accommodation support are taken into account, these 15% of households are expected to pay 74% cent of the net income tax. And that is before New Zealand Superannuation payments are counted.

It also excludes the impact of other aspects of the tax changes in 2010, including tightening property tax rules and compliance, and increasing GST.

By contrast, households earning under $60,000 a year – which is just under half of all households – are expected to pay 9% cent of income tax.

"When we take income support payments into account, as a group they will actually pay no net income tax at all," English said.

"That’s because the $2.5 billion of income tax they are expected to pay will be more than offset by the $7.3 billion they will receive in income support.

"It’s appropriate to maintain a tax and income support system that helps low and middle income households when they most need it.

"But people who call for even greater transfers to low income families, or who call for the top tax rate to be raised, need to be aware of how redistributive the tax and income support system already is," English said.

Except you're paying the government tax with money they gave you in the first place...

Fiscal drag is the winner on the day. The government should consider a more graduated income tax scale.
Consider someone on an modest income of $48,000 - they're paying income tax at a rate only 3c in the dollar less than someone on $250,000.

Deep Calm Breaths. It is just Politicing. It is true that if we exclude GST (which is now a bigger share of the bought in taxes) that the households that have seen increases in income are now paying a lot more in income taxes than the households that have not seen an increase in income in National's term. But they are also earning a lot more money. The top 10% had the same tax cuts as everyone else, it is just the incomes of the top 10% have increased so much more than everyone else that they are paying some more tax.
The headline could just as easily read "Minister congratulates self over record income inquality"
Prehaps the Minister could produce a table of the number of households in different income bands in 2008. Looking at income tax without considering income is farcical.

Indeed dh,
Where is the table for 2008? You wonder who he is pandering to with this, who he might fool.

I wonder what Thomas Piketty would have to say about all this.  Regressive taxation, and static wages while at the same time a titanic valuation in Auckland real estate, brought on to a large extent by foreign capital inflows.  I cant recall a time when inequality was so rapidly accelerating in New Zealand.

Isn't another way to look at this, is as evidence that the fruits of the recovery have only gone to those in the top tax bracket, while the proportion of national income going to low income earners (and thus tax paid) is down.

This data should be normalised to the number of households. The variation in that parameter overwhelms most of the other useful information in this dataset!

If, as the story about Mclays testimony says, IRD know how much extra tax they have collected from property speculators, they must also know how much tax is being paid by property investors compared with the tax paid prior to depreciation claims being disallowed.
I would have thought with no depreciation to claim and much lower interest rates the tax being paid by investors would have risen significantly and losses claimed against other incomes much reduced ( at least outside Auckland ). If proiperty investors are mainly in the top two brackets that would affect these figures to some extent.

Anyone know what has been happening with tax collected from property investors?

Something is fundamentally wrong with that income tax-table above