People are spending more on food, housing and transport, according to the Household Expenditure Survey

People are spending more on food, housing and transport, according to the Household Expenditure Survey 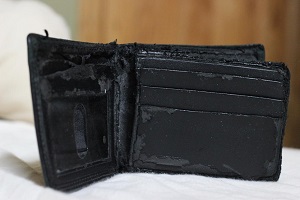 An increasing percentage of household income is being spent on housing related costs for growing numbers of New Zealanders, according to the latest figures from Statistics NZ.

According to Statistics NZ's Household Expenditure Statistics for the year to June, 31.3% of New Zealand households spend one quarter or more of their pre-tax household income on housing-related expenses, compared to 25.8% of households in June 2007.

Spending associated with housing and household utilities was the biggest contributor to the rise in household expenditure, Statistics NZ said.

Expenditure on food and vehicles was also up.

Just over half (51.5%) of households reported eating out in the year to June, compared to 43.3% three years ago, while the amount they spend at restaurants rose by 50% to an average of $25 a week.

so will they review the CPI basket to reflect where people are spending or wait until 2017 meanwhile expenditures will continue to rise for housing and transport.
remind me again how benefits from a high immigration policy help the average NZ citizen

So basically people are getting poorer.

GDP growth per person has been telling us we are not keeping up, but that is overlooked by MSM, instead they only look at overall growth which 2/3 of is fueled by high immigration policy settings.
on the flip side the government books look good because they have not spent on infrastructure or social services to maintain standards of living.
try driving across Auckland and compare to ten years ago
try going to the emergency department now compared to ten years ago
etc etc.

Very true about the emergency departments. I actually walked out of Wellington out patients because I had already waited 4 hours for my child to be seen. It was almost the next morning already. Mostly drunk toe rags clogging the system. Just went to my GP a few hours later. 10 years ago it was an acceptable service. Today not so much. The nurses and doctors are still very good though. I feel for them. Politicians are to blame.

Funny how everyone blames the politicians. What has GONE from our society is individual responsibility. How about blaming the stupid young drunk toe rags who drive their cars and expect someone else to clean up their mess ? Perhaps the ambulance service should start leaving them to die on the side of the road and they may wake up and not drive drunk. If you want to blame anyone, blame their parents in the way they are bringing up their kids these days. If you think things are bad now, wait till the next generations start running the country !!!

It must be wonderful to operate in industries where there are few competitors and be able to set prices. The oil industry goes one step further by legally being allowed to engage in collusion when things aren't going their way.

was chatting to the woman who lives next to a rental of mine in Tauranga. She was unimpressed with her son (in his 50's) who panic bought a 2 bedroom unit site unseen. The unit came with a tenant who'd been living there for 10 years. The son was forced to raise the rent to reflect a sensible price to earnings ratio. The tenant was forced to leave because he couldn't afford the new rent.

The 31% at 25% of household income on housing is concerning. Couple this with the almost 9% servicing cost for household debt (going by the RBNZ chart), record household debt and it's clear we have a big debt problem brewing.

As noted in a comment above we're poorer, but given the debt problem I've stated above as the interest rates rise NZers will become very poor. Our GDP growth is likely already stunted by debt servicing, imagine how it will be affected with higher interest rates over the next few years. Note that the net weighted average interest rate is still decreasing right now but that will start turning around in the next 6-12 months.