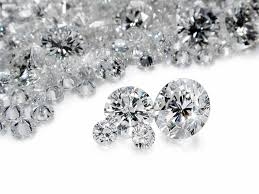 A 60-year-old man is denying Serious Fraud Office (SFO) accusations he was operating a Ponzi scheme, involving supposed investments in the diamond trade, a chicken farm in New Caledonia and brokering deals in Thailand.

Shane Richard Scott has today pleaded not guilty to 30 Crimes Act charges in the Auckland District Court. The total of Scott’s offending is alleged to involve about $6 million.

The SFO alleges he used money obtained from new investors to pay returns to previous investors. It maintains there was no direct evidence of any legitimate investments in this case.

“It is believed that Mr Scott had some investors who invested with him over a number of years and some who were relatively short term," The SFO says.

“The long term investors became involved with Mr Scott on the understanding that their money was being invested in brokering deals in Thailand, as well as some additional miscellaneous investments, including diamond trade, South African trade deals, and an investment in a chicken farm in New Caledonia."

“Mr Scott built up trust with some investors over a long period of time (over a decade for some), and as a result of Mr Scott’s alleged offending, they have lost significant amounts of money. Some of the short term investors received their money back from Mr Scott, but only after extended delays and excuses.

“The total of Mr Scott’s offending is alleged to involve approximately $6 million.”

He first appeared in court on January 17 and was given interim name suppression, which lapsed today.

SFO Director Julie Read warns: “People who are thinking about investing need to do their own due diligence and get appropriate professional advice before committing any money. This simple step might just save an investor or multiple investors from being deceived by false promises of high returns.”

Scott has been remanded on bail. A trial date is yet to be set.