The 'Amazon tax' could easily come with an extra sting. In addition to GST, your purchase may also attract additional duty. Paul Smith wants this anomaly fixed, and fast

Personal Finance
The 'Amazon tax' could easily come with an extra sting. In addition to GST, your purchase may also attract additional duty. Paul Smith wants this anomaly fixed, and fast
2nd May 18, 4:16pm by Guest 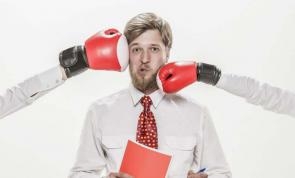 The government has moved one step closer to imposing GST on online shopping with a discussion document outlining its preferred approach for introducing the tax.

But unwary consumers could end up paying import taxes of more than 50% on online shopping because of a major design flaw in the proposals.

This must be fixed; otherwise this government’s tax reforms are unlikely to win over voters who enjoy the current benefits of online shopping.

So how will the new rules work?  The proposals require an overseas supplier to charge GST on each transaction up to a value of $400. Taking a $220 pair of designer jeans (plus GST) as an example, $33 in GST will be charged by the overseas supplier in the same way GST of $33 is charged by a local retailer.

This seems fair but things get complicated when you start filling up your online shopping basket.

Say you buy two pairs of jeans totalling $440.  You will have incurred $66 in GST from the overseas supplier.  But because the total consignment is above the $400 threshold, the proposals acknowledge that Customs will also impose duty (where applicable) and GST.

Therefore $66 of GST will also be charged by Customs, plus $50.60 in duty (assuming a 10% rate of duty) and additional fees of $49.24 (an Import Entry Transaction fee and a Biosecurity levy) to top it off.

It is proposed that measures are introduced to stop such double taxation but the discussion document is light on the detail.  It explains that consumers would need to show Customs evidence that GST had already been paid to the overseas supplier.

But how do consumers do this?  Will there be a Customs hotline or online portal so you can stop Customs from overcharging you before the goods arrive?  Or should you try to get a refund from Customs after the goods have been delivered?  Getting a refund or drawback from Customs isn’t easy at the best of times, so what is going to change?

Inland Revenue and Customs must get their act together or the government will face the wrath of online shoppers at the polling booth.

Paul Smith is a tax partner at EY

Why not just slap a sticker on everything that enters the country telling you to go to a government web site and pay GST. Honesty system where you enter the purchase price and it tells you how much to pay. Have a few enforcement people (with the right to ask you for proof of purchase price) and some big fines for lying / evading

It's going to get WAY too complicated any way you do it. Just remove GST and collect tax from elsewhere. Roger Douglas may have a word to say but hopefully his Alzheimers' kicks in before he has a chance to retaliate

While retailers seem to be happy about the imposition of GST - not sure if they have considered that the GST component will mean that those who do buy overseas will have less to spend. That may just hit retailers. It may be a home goal.

Its not complicated at all. Any consignment coming in of that value will have a suppliers value declaration and supporting invoice. That will show the gst already paid. That would be deducted from the amount owing to clear the goods. They will pay exactly the same amount, as they will now, if the collectable gst and duty is over $69. And if it is imported for a gst registered business to onsell , the gst can be claimed back , regardless of where it was paid. I find it hard to believe a tax partner can't figure this out.

Eh? If it's over 400$ you already have to pay GST and duty, what's this guy about? The overseas suppliers will charge the GST only to orders up to 399$, after that customs will do it.

He is saying that Customs wont take into account the gst already paid over seas, if multiple purchases add up to over $400. But they will , because they will see it on the invoices they use to determine the value in the first place.

...all good in theory...so we will need an army at customs to read and check every parcel arriving for compliance..not to mention the 'accuracy' of said invoices attached?

This gst is unworkable without massive investment in software and staff, let alone increased delays in postal time. A major cost and disruption to post. End result achieving little as loopholes are found.

I still think its fluff and won't happen.

No customs won't have to change a thing. They LL only charge GST to imports over 400$. Everything below gets taken at the source

Having owned various import/distribution businesses I had to pay GST and DUTY up front on all my imports
as they hit the border before the goods went to my warehouse (where I had then to store them at cost, and support etc)

Why should anyone else (ala Amazon et al) have a distinct advantage over a NZ business owner who has to comply with local consumer law, who pays local taxes and employs locals.....

Yes - more choice overseas and often less expensive due to huge scales of economy BUT if we follow this path we will gut NZ retail as we have with manufacturing.....ultimately that's an ideological choice of supporting local v global but if we take this to its logical conclusion what the hell will we do here?

Shouldn't the playing field at least be "level"?

interesting that you class the 49.24 as a tax, this charge is user pays to pay for NZ customs and was brought in many many moons ago by a previous government that was on the user pays ideology, they sold it on the idea that if you use customs you should pay for it.
before that they were funded out of duty collected with the rest headed into the consolidated fund, i guess that you could say as a consequence of doing FTA's and dropping most duty rates to zero the revenue dropped away and they had to find a new source of income
just hope you dont have any MPI problems if you do they charge like a wounded bull to clear your goods

So Jacinda stands in front of the press at the Beehive and says she is doing this solely to protect NZ Retailers , using soft language like " fair ' , and "level playing field , looking as earnest and convincing as a Catholic Priest . The whole thing is on You Tube

And we are expected to lap this up ?

She is lying , this is another effort to extract more tax for Government .

She could not care less about the NZ Retail sector or any other part of our economy's productive sector .