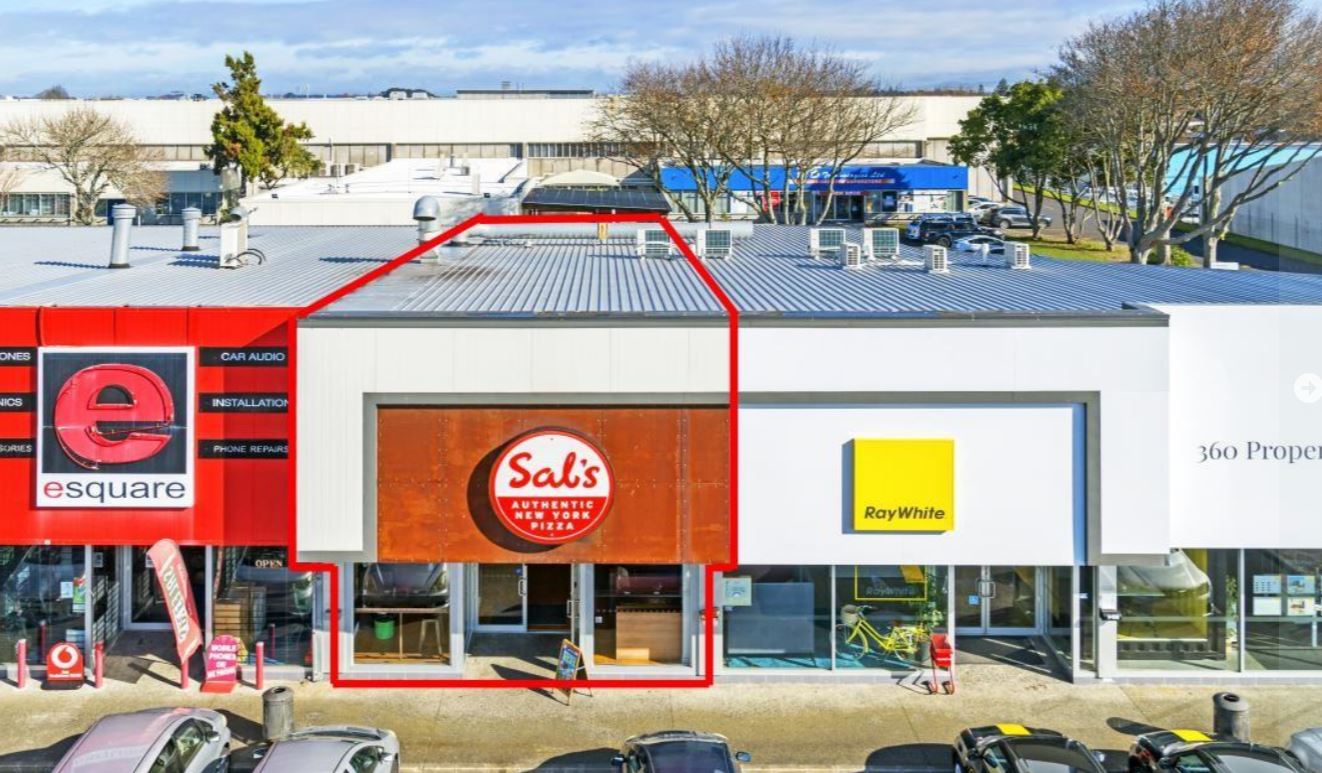 This pizza outlet on Great South Rd in Manukau sold for $1.15 million, providing a net yield of 5.28%

Buyers at Bayleys' latest Auckland commercial property auction will be keeping a close eye on mortgage interest rates between now and their settlement dates.

The auction was held just a couple of hours before the Reserve Bank surprised financial markets by cutting the Official Cash Rate from 1.5% to 1.0%. That could push interest rates down and if they do fall, buyers at this week's auction may end up paying less in interest costs on their properties than they had expected and may also see yields edge a bit lower.This would mean those those who took the plunge and bought at this week's auction may have picked up a better deal than they expected.

Not that there was any shortage of interested buyers as it was. Of the 11 properties that were offered, six were sold under the hammer and another four were sold in negotiations immediately after the auction.

Prices ranged from $426,000 for a cafe in the SugarTree apartment complex on Union St in the CBD, to $3.01 million for a childcare centre in the same complex.

That was one of two childcare centres offered at the auction, with the other in Glenfield selling for $1.69m, providing its new owner with a net yield of 5.32% while the net yield on the SugarTree childcare centre was 7.42% (yields on commercial properties are usually net because the tenant usually pays outgoings such as rates and insurance).

The lowest yield achieved was 4.24% for a 1294 square metre site on Great North Road in New Lynn which is operated as a car yard.

It's $2.24 milion purchase was probably aided by the fact that the property was marketed as having development potential.

Photos, details and selling prices of all the properties that were sold at the Bayleys auction as well as many other commercial properties, are available on our Commercial Property Sales page.

"The auction was held just a couple of hours BEFORE the Reserve Bank surprised financial markets by cutting the Official Cash Rate from 1.5% to 1.0%.....This would mean those those who took the plunge and bought at this week's auction may have picked up a better deal than they expected...."

Well except for the vendors of course. They may have held on longer, or asked for higher prices should they have known about the RBNZ move.

I see the dgms have disappeared from view today. Too hard to deny facts

I think you mean, especially gold.

It was sarcasm. Yes, good time to buy gold, not so stocks and real estate ( re in NZ).

VOR could be the volatile mr trump making America GRATE.
"Berkshire Hathaway was a net-seller of equities during the first quarter, and ... second quarter"

Sure but Buffett only ever buys when stocks are undervalued (below intrinsic value) and he’s now got and unprecedented $120 billion (!) ready and waiting to buy when the inevitable correction comes. He does not like to hold cash but can’t find much at all that is undervalued.

Sounds like soo much but is it. Apple has 245 billion usd increasing by nearly 100m every day

It is a lot, and I’ll also buy some more Apple shares when the PE ratio drops during the next correction :)

Getting back to the original silent warning would Buffett agree with that aim? Or are the likes of you and I willing to accept lower returns than him. By the way when is he planning to retire is Buffett in his 80s

Which aim? He doesn’t like gold and he says it’s not really an investment and he can get better returns in stocks. He’s obviously hoarding cash to spend up big during the next big correction, like he did during the GFC. I don’t think he’ll retire, until he’s unable to physically and mentally do it. Yes I’d be prepared to accept slightly lower than Buffett, yes!

Thanks for the info. Obviously still quite a lot of money out there looking for a home.

Any info on the buyers? , ex residential investors looking elsewhere? Or foreign cash still coming in (from no OBB on commercial? Makes me wonder if the commercial market will overshoot when diminishing residential value consequences flow on to the cash economy with tougher times for the commercial tenants