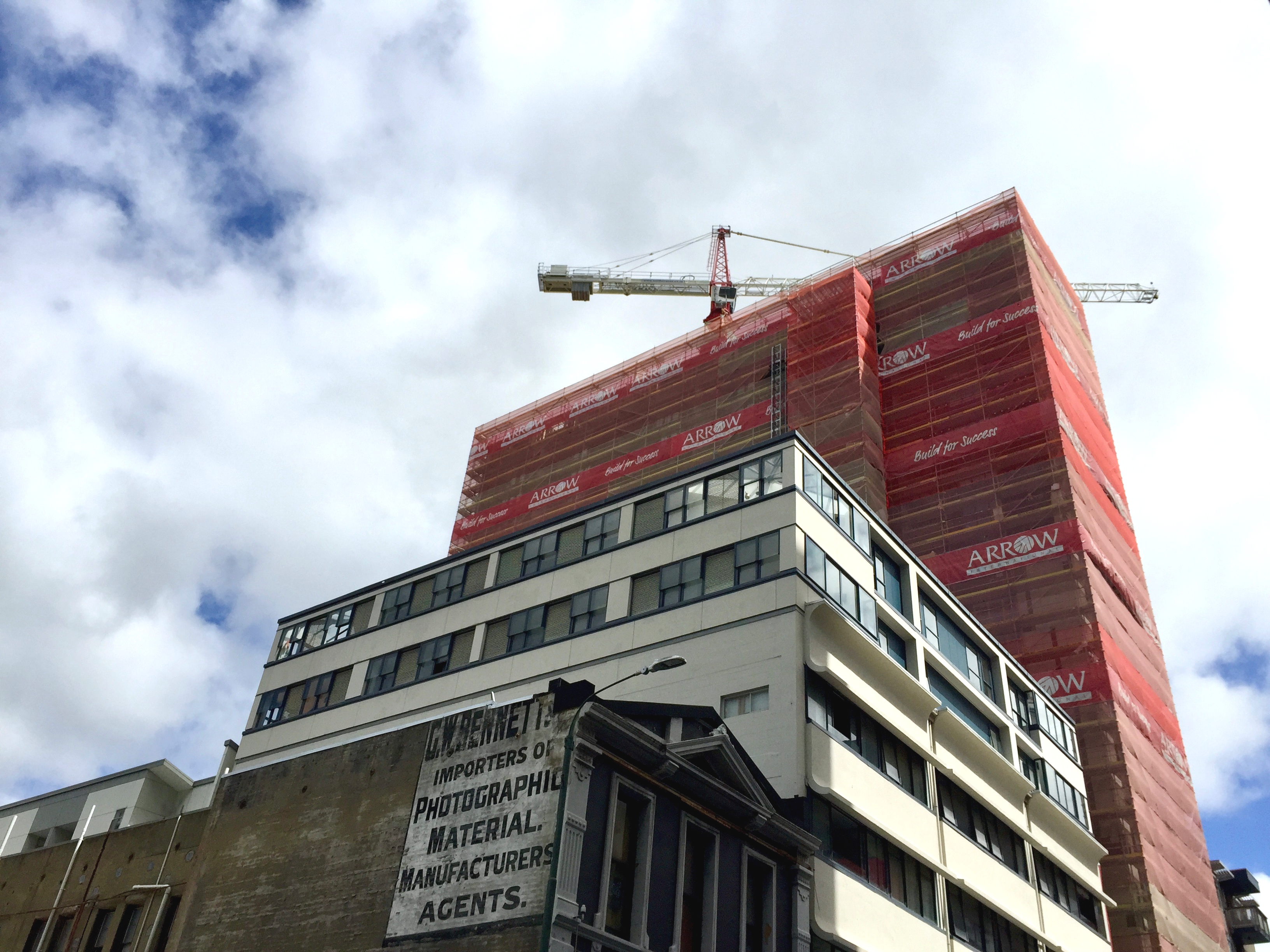 A report by Auckland Council development agency Panuku paints a bleak picture of the Auckland property market and the pressures developers are facing as they struggle to find the capital needed to complete projects.

The paper was authored by Panuku director of development Allan Young.

He says a lack of capital available to fund property developments, coupled with increasing costs and companies underestimating their risks means the number of construction companies going bust isn’t about to stop any time soon.

Young says construction costs remain high and while the rapid increase is forecast to “moderate it is unlikely there will be any significant reduction costs in the foreseeable future”.

“A major component of the increase in costs has been margin and labour cost growth with the sub trades. Main contractor margins have remained stable. It is likely there will be a continued trend of main contractors failing given a lack of capital and risk having been mispriced in construction contracts.”

Young says some developers are already walking away from projects when the costs and lack of presales make them unviable.

“There have been seven recent abandonments since February 2019, including one each in Avondale, New Lynn and Henderson ranging from 24-55 units. These are mostly due to low presales and construction costs. Some may be redesigned and relaunched, this will remain a challenging sector of the residential market.”

Young says finding the capital needed to fund projects is a major stumbling block for developers in the residential property market.

“Mezzanine funders are still active in the market but are also finding developments that meet their criteria in short supply. Anecdotal feedback from developers and funders is that a number of developments are stalled with little hope of proceeding, the main reason being high construction costs and muted presales.”

Such mezzanine loans are often used by developers to secure extra finance for development projects, but there are obviously a number of requirements that need to be met before the funds are secured.

Change of plans for Panuku

Young says a number of apartment projects that it has planned may not be able to take place until the market recovers.

“Many Panuku sites are within town centres and are zoned for either mixed use or high-density apartment developments. Given current market conditions it is unlikely that many of the town centres will be able to activate these planning outcomes until construction costs stabilise or reduce and the activity in the residential market improves,” Young says.

“In some cases, there will be a choice to accept a lower level of density now or hold sites until the commercial feasibility of apartment typologies improves. It is likely that in some locations the preferred outcomes of increased density may well be dependent on one or two market cycles before they can be delivered.”

However, he notes that Panuku’s ability to delay projects will have to be tempered by the fact it is expected to produce results for the Auckland Council.

But there is some light at the end of the tunnel according to Young - the commercial property market.

The pressures developers are facing is an issue that is front and centre for the council development agency. Last week it announced that Panuku director Martin Udale was taking a leave of absence after the collapse of Tallwood Holdings.

Udale is a director of Tallwood Holdings and is also on the board of the Council Controlled Organisation.

The construction company was placed in voluntary liquidation earlier this month along with associated firm Stanley Group. The two companies owe creditors a total of $13.3 million.

And like so many construction companies that have collapsed in recent years, their demise has been tied to an attempt to undercut competitors to win a lucrative contract in a booming market. According to the liquidators report both companies were affected by Stanley Group under-pricing a contract by up to $2 million to build homes in Mangere for Housing New Zealand.

What’s new? I have been saying this for 2 years. Action could have been taken 2 years ago.

More of a reason to tie up with Kiwibuild,

Price them accordingly and they will find demand

I have looked into the cost structures of some developments in my region and I have to say some of the sites being developed are just nuts. The amount of work just to get some brownfields sites ready to actually build up on is ridiculous. Its clear that many developers have been simply developing any old patch when maybe they ought not have. I have been watching two multi unit developments in an old hilly part of Hamilton that have taken eons to complete, the cut and retaining work was extensive and the site aspects both run uphill... hard slog!

It is the price of land what is really dooming construction projects, nobody wants to buy a house that is worth at most 300K on some land that for some reason no one really understands why the developer had to pay 500K for it, you end up paying 800K for something is not worth it, it just does not make any sense. There should be some action to control land prices soon or we'll bee seeing more and more cases of companies (and families) going bust.

I'm guessing the Avondale one was the site by the train station. The one where you couldn't get a two bedder apartment with a carpark unless you paid $80k extra, from memory. Despite being priced at a level where you would need two working people to cover a mortgage for a small apartment. So unless you happened to work on near trainline or a profession where you could make numerous transfers to get home and back before and after each day, it wasn't really an option. And it was still priced at something like $450K.

Auckland Council policy is to restrict land supply to the Auckland suburbs and flood the Auckland exurbs with land supply. This restriction harms brownfield development, it was this issue that the Kiwibuild policy was supposed to overcome by removing the RUB.

And here folks we have a comment that makes absolutely no sense.

Auckland Council are finding that developers who build in Auckland are in stressed in these conditions.

who's been naked all the time, got caught, ooooooooooooops

"Young says some developers are already walking away from projects when the costs and lack of presales make them unviable."

Developers of apartment projects in Auckland are unable to get construction finance as they are unable to achieve minimum pre-sales levels.
Developers are unable to achieve minimum pre-sales levels for apartments as the sales price point for the units is unaffordable or undesirable for many owner occupiers (and there is little fear of missing out) or the attractiveness of stand alone houses, existing apartments being sold in the secondary market at the same sales price point. Many other non owner occupier buyers, who buy and hold are not active in the market for various reasons - e.g many non resident buyers (due to overseas buyer ban), resident property investors who buy and hold (due to ring fencing, healthy homes guarantee act, capital gains no longer expected, low rental yields relative to interest rates, etc), capital gain oriented investors investing in apartments now have significantly reduced expectations of future capital gains (especially in light of recent lower sales prices in the secondary market for newly completed and existing apartments and hence now less willing to purchase with 10% deposit and deferred settlement as a method of pursuing a capital gain during the apartment construction period).

Also some developers have gone into receivership. As banks / lenders have their funds tied up in these developments, they are now unable to recycle these funds into new apartment developments, as these lenders have reached their risk exposure limits for this area of lending.