Low listing numbers on Realestate.co.nz suggest a subdued spring for the housing market but prices appear to be holding their own

Low listing numbers on Realestate.co.nz suggest a subdued spring for the housing market but prices appear to be holding their own 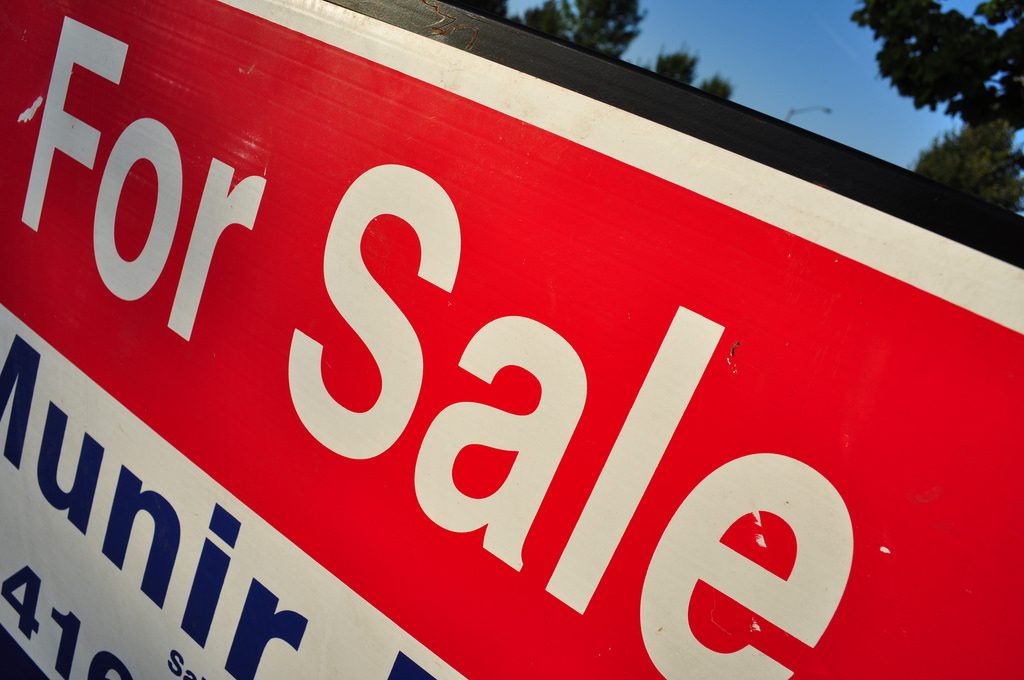 There was a lift in the number of new listings and the total stock numbers on Realestate.co.nz in September, however the numbers remain well below where they were in September last year.

The property website received 8901 new residential listings from throughout the country in September, up 15.2% compared to August, but down 14.2% compared to September last year.

Similarly, the total number of properties available for sale on the website at the end of September was 21,174, up 2.2% compared to August but down 7.3% compared to September last year.

A seasonal lift in September compared to August is to be expected, but the fact that new listings are down so significantly compared to a year ago suggests the market could be headed for a reasonably quiet start to the summer selling season.

However the lower stock levels suggest there is not a substantial overhang of unsold properties sitting on the market which will help to support prices.

Compared to September last year, new listings were lower in all but two of Realestate.co.nz's 19 districts, with only Coromandel (+28%) and Queenstown-Lakes (+6.6%) recording higher levels of new listings than a year ago and every other district recording declines.

The total stock of properties available for sale on the website at the end of September was down in 14 of the 19 districts (see chart below) and both the total stock available and new listings were at their lowest levels for the month of September since Realestate.co.nz began collating the data in 2007.

Going against the trend, asking prices were surprisingly buoyant with average asking prices rising in 16 of the 19 districts between August and September with many districts posting substantial gains.

Across the entire country the average asking price was $684,442 in September, up 2.8% compared to August.

Mr. Ninness. Thanks and appreciation,in your continuous professional output of salient articles, hour by hour, day by day, week in and out. Whether simple updates or comprehensive and factually supported reviews. No other professional journalist that zi know of , or read, has this level of knowledge, consistency and out put. Commendations.

Some reading for you, in case you missed it....

the Keys are building on a subdivided section of the property ( **the one they sold, or have they?) is nearing completion despite a resource consent report noting that the house does not comply with special character overlay rules, with regard to height to boundary rules.

You'd think, of all people, our former PM would stick to the rules?! But, of course, there are rules for Them and rules for Us...

Maybe you could put your bias to one side just for a minute bw. Council has dozens of rules that any new build has to meet and one rule will contradict others. Take a look at other developments and see whether they have exceeded the district plan before jumping on JK is my suggestion.

Wouldn't it be awesome if that sale fell over, wouldn't it be great that donkey gets a bit of his bitter medicine back..

I reckon jonkey has sold his former house to Hisco, and jonkey is currently negotiating the buyback of the contract.

One or two challenges here, wouldn’t you say

Where can we view this report??

Interested to see what is happening with average asking prices across Akld.

Looks like the Spring Bounce has become the Dead Cat Bounce.
Cutting interest rates to almost zero won't help either.
People are only interested in the monthly payments and whether they can afford them, not to mention all the other outgoings that home ownership brings.
The writing is on the wall. Rents are rising as a result of relentless attacks on investors and landlords which just heap costs on top of regulations on top of more costs. The trumped up imaginary non-existent "Housing Crisis" we were conned into believing really existed, will soon enough become a reality.

BigDaddy, do you see a time when investors will look to exit en masse?

Long term investors won't. But highly leveraged specuvestors will eventually have to capitulate as it gets more and more difficult to sell a house to cover the loan payments. Also, the huge amounts of new developments will have to be sold within a year or two of completion.

The very reason that interest rate is falling is some thing to worry and is an indicator that the ecenomy is going from bad to worse. Also how many FHB on NZ wage can afford to get a loan for a million $$$ house.

Oh, many FHB will be able to get a loan for a million dollar house if that new kiwibuild monstrosity gets implemented.
$50k downpayment, $950k loan, welcome to the Property Ladder™!

If you mean the govt "First Home Loan" 5% deposit scheme, you may want to go read the details.. there are price caps and there are income caps too.

Well the positive is that it's good for the environment, they can make up after being so toxic to society

The problem is, the good old agents who have already made millions are the ones who will keep making millions. The new, up and coming young people who got scammed into this "business" are the ones who will lose their jobs first.
The rich get richer, the poor get poorer. Business as usual. Capitalism at its finest.

Average asking price in Akld dropped by 1.0% (about $9000) from the previous month

Hold on... thats not the definition of a 'Spring' bounce..

Its more a reflection of a wintry slippery slide...

A while back, you and your DGM mates were telling everyone that by now, the housing market would have crashed and burned.

So, thegic, you've got egg smeared across your face - and plenty of it....... You and the other DGM here are completely misguided.

TTP
P.S. What's happened to Retired-Poppy (a.k.a. "Crash-Crusader") of recent times? Now that everything he forecasted /recommended has turned to clay, the slippery scoundrel has disappeared! So much for the patron saint of the DGM....... Who would trust him now?

Which one of his forecasts has "turned to clay"?
And where is the bull run you predicted?

TTP you sound even more desperate every day, trying to cat call and dredge up comments. Can you not even recognize that the only short lived momentum in NZ's property market is due to falling mortgage interest rates, where people can get even further in to the debt mire. If you can't recognize that then there no hope for you really is there. :)

All paints a rosy picture dosent it?

Bull****! Clearly the market has bottomed out. Whew, that was a really SOFT LANDING, wasn't it? Now up up up!
(just kidding)

"quiet start to the summer selling season".. Noooo, the buy me now message is deafening!

Data / News / Media will be positive one day and the very next day, will be negative and this will continue as have to run the show.

Reality in Auckland, Market has fallen but not as much as it would have but for low interest rate so is now stable at those fallen price.

If we have another round of fall than it will be real fall so is wait and watch.

Listings are down because about 20% of former vendor potentials who do not want to move/sell.
This reflects confidence about their prospects and also consideration of what price they think they will get , relative to what they paid and think their place is worth (for non-investors.)
FHB continue to expand in terms of market share of loans and buying activity.
Investors continue to retreat, as seen in mortgage figures from RBNZ

September sales will likely be moderately above Sept 18. Because last Sept was atrocious and marked start of last 12m of declining sales, following front running of OBB.

I'm not so sure about the upcoming spring sales, it still feels like winter where we are. The latest RE numbers say it's still winter as well. It could be a long cold summer.

Logically, if we have - 22.5% listings in Auckland, can expect - 22.5% drop in sales in next 3-4m? Compared to 2018 for same period?
Thus far in 2019, it is about 12-16% depending on what 3 month period you look at.
Fewer listings, fewer sales, lower prices ....IS this a recovering "market"?
To me, it remains flat to falling with interest rate cuts failing to enthuse taking on of debt by other than FHB who run greater risks than they know.
Another 10% drop in prices next year I expect.
And, if you want to examine "affordability" try looking at figures showing number of sales below $750k in each year in Auckland form 2011 - 18 inclusive. The drop is precipitate

MikeKirk, are you still classifying yourself as a Real Estate Agent??

What shall we classify you as....?

MikeKirk, are you still a real estate agent?
I am a property investor!

When the Aust gets a rash, NZ will get the itch!