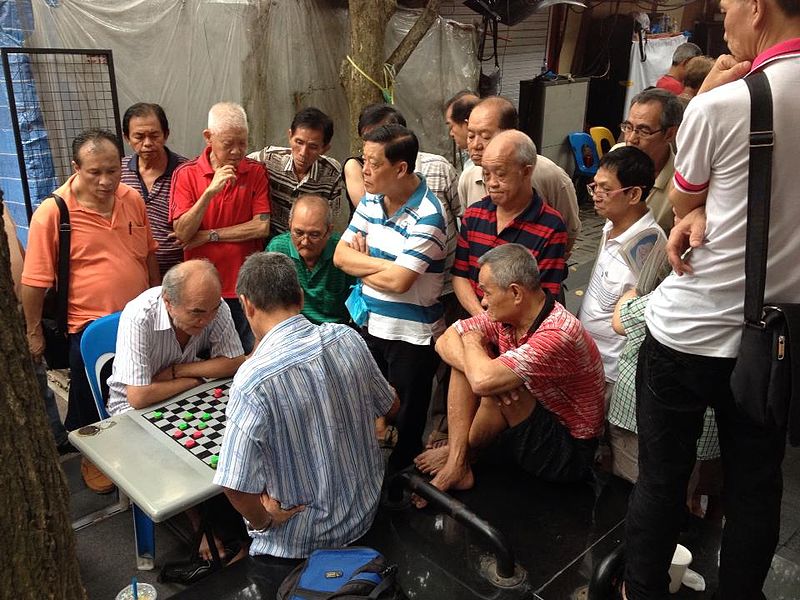 The Government’s decision to open the door to the parents of migrants to settle in New Zealand comes as the number of migrants aged 60 or over coming to NZ hits a high.

Statistics NZ figures show 8923 migrants aged 60 or over arrived in this country in the 12 months to the end of July. That was the highest number since Statistics NZ began compiling the information in 2015.

However the number of migrants aged 60 and over who departed this country long term has been growing at an even faster rate, with a record 7036 leaving in the 12 months to July.

The figures also show that the children of migrants are making up a bigger share of total migration.

When migrant numbers for those aged 60 and above are added to those aged under 18, they now total almost a third (31.6%) of total net migration, up from just under a quarter (24.7%) five years ago.

So while the changes to the eligibility criteria for older migrants have been presented as a move to help employers attract younger migrants with skills for positions they are having trouble filling with local candidates, it seems that fewer of those migrating to this country are actually of working age.

Wonder how many are permanent residents.

what makes them leave?partner died?homesick maybe,there is a lonely old chinese guy here who walks all over town then sits around the town centre,tried talking to him but his english and my chinese are non-existent,have they done the 10 years and got the pension and heading elsewhere under their chinese passport. could they apply for the australian pension if they head there.plenty of unanswered questions.

"done the 10 years and got the pension and heading elsewhere"

you are obviously not aware that he/she would not receive their NZ pension once the moved away ... very , very few exceptions ( Ireland , Netherlands , Greece .. ) - none of them is a likely destination for an old Chinese person.

legally not possible as you pointed out,my implication was that it kept going into your bank acct here after you were gone elsewhere.you can change the name on your chinese passport and leave with that even if you have used your NZ passport many times.fly out on a china airlines jumbo with 400 others.

Not entirely correct. Place of residence is what matters. Keep and address, pop back once a year for a summer break and it will keep on keeping on. You have way to much faith.

Personally I strongly agree with tightening immigration controls and reducing the migrant quota. However, I find it strange that most of the comments here are targeted at Chinese migrants predominantly. A high % of migrants are from UK / AU / Europe. Seems to me most of the commentators here are really anti-Chinese rather than anti-migrants.

So even after a work visa "shake-up", earning 52k allows you to bring all your dependents, use our health services free-of-cost, tap into social benefits and put your children through several years of free schooling.

Our policy settings seem to be targeting migrants seeking economic refuge rather than skilled workers.

Like I said in the other article, our focus should be on reducing the headcount and "sponsoring rights" of those not putting nearly enough into the tax pool.

B-b-b-but Advisor, they come over here and pay tax like any other New Zealand citizen would if they were hired for the role instead.

Do they pay enough taxes to support their ongoing future use of public services? I doubt it.

For migrants, there show be a longer period of qualification of the government pension and heath system at the very least.

Cant understand why labour hasn't banked this, as NZ First support this.

What an utterly shambolic state of affairs !

So at one end we are getting people we need to educate still........... and at the other end , people who are going to be a burden on our health system .

So the poor old nz tax payer is educating the kids and looking after the oldies.

Many oldies who departed are returning for a few weeks each year to keep NZ Super.

Shambolic. Years of mismanagement and reliance upon honesty based systems.

We're a country run by people who to our face acknowledges skill shortages but then do little to ensure those coming in possess those necessary skills.
Looks like we're so obsessed with simply adding more mouths to our consumption-led economy, that we are losing the privilege of calling ourselves a developed country by the day.

There are a lot of immigration posts here lately. I get it, they produce a lot of comments, debate, and clicks. Have to be careful not to contribute to overblown anti-immigration sentiment with this though, as comment sections of news sites tend to go that way. We all know where that can lead...

After Fonterra, it is immigration, right ?
Got to keep the audience interested and the news are happening thick and fast.
Happy Happy every one..

It's not discussion of immigration volumes that leads to populism, it's the refusal of countries' governments to listen to and represent their own citizens on the matter.

The real question is if the rest (2/3 of the immigrants based on the article) work and pay their tax. If they do, then probably not a big deal. The bigger problem is always younger people who are supposed to work living on benefits. They are the real ones sucking out the blood of this country.

Not true...the healthcare costs of older retirees are truly vast. The majority of an individual's lifetime healthcare spend comes in the last year or two of life. The mismatch is that recent immigrants incur those same costs, but have never proportionately contributed to the NZ economy over their full lifetime.

The dishonesty and subterfuge of successive governments with regard to immigration is utterly contemptible. Yes, NZ needs skilled professionals, but the principal beneficiaries of the large-scale remaking of our nation are low-cost, low-value (and often low-principled) businesses. The result is an accelerating shredding of national cultural bonds, including political respect, and the character of decency and trust (the 'fair go') of which the country has been proud. Strange how determined all political parties are to trash voter respect, and eviscerate critical aspects of national character.

Under 18 and over 60. Sounds like a dumping ground for the "unlikely to pay tax" group. How many are parents remaining working overseas (paying no tax in NZ) and the kids are at free school and grandparents on free healthcare. They must be laughing at the free ride in NZ.

Once again, immigration statistics in the property section, just saying...

According to the 2018 census, NZ population under 18 and over 60 accounts for over 45.3% of the total which is much higher than the 31.6% of immigrants according to this article.

We should just be happy that people coming over to work have children and strong family bonds and are not just robots picking up apples in Hawkes Bay as some may like.

Nothing here to be scared of. Just the natural flow of migration allowing skilled migrants. Will continue to happen.