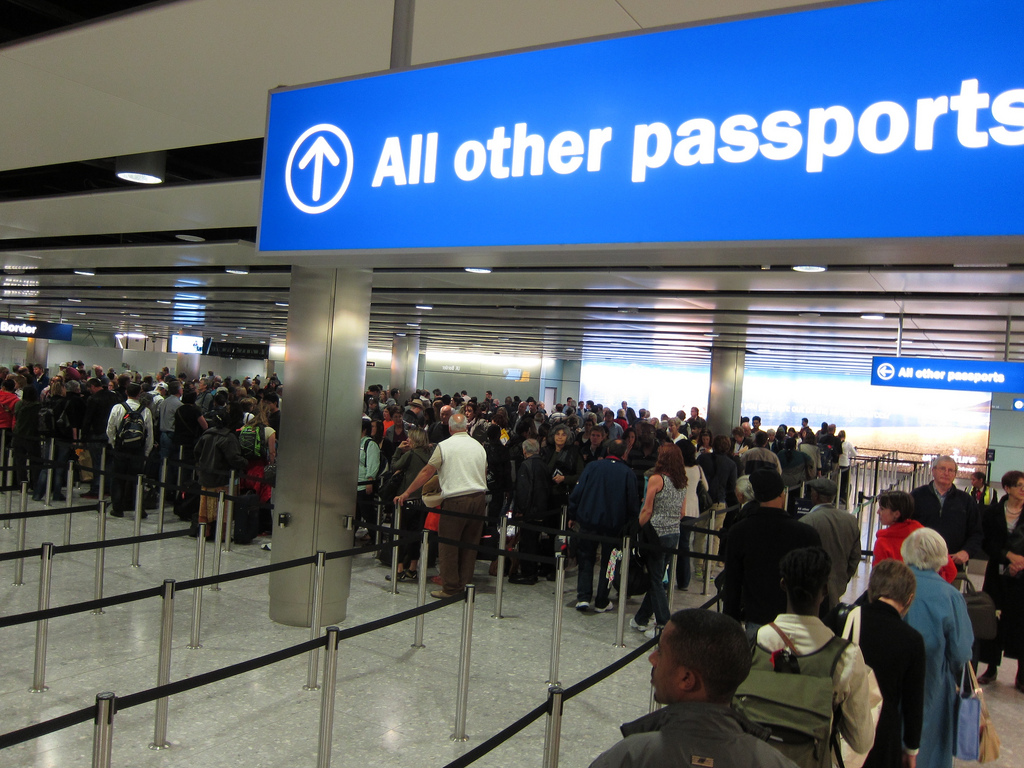 Figures compiled by the Ministry of Business Innovation and Employment (Immigration NZ is part of MBIE) show that 34,992 residence visas were approved in the 12 months ended September this year, the lowest number for that period since MBIE began compiling the figures in 2009.

Good.
The most important trend is the markedly lower residence visas.

I agree that gaining 0.7% new residents a year isn't all that bad, considering only about two-thirds of these (12k new arrivals on PR as per August Stats NZ release) are those already in NZ when receiving permanent visas.
However, the low resident approvals figures are no more than a temporary breather because Labour has delivered little in terms of policy change. Slower processing of visa applications due to a poorly-managed restructure at INZ centres has led to a fall in resident approvals.

As per INZ's website, the backlog of resident visa applications on hand has gone up from 15k in Sep-18 to 33k in Sep-19.

Echoing your comment about slower processing - a good friend & NZ lady citizen chose to live in a Pacific Island nation and spent two years cohabiting with a local. When she realised she was pregnant for sound medical reasons she returned to NZ and the baby was born. The father attempted to follow to be at the birth. I advised him to apply for a tourist visa thinking this would be fastest and he was committed to returning home to resolve issues relating to his father. However processing this tourist visa was delayed for over two months until after the baby was born and then rejected because the case officer decided the father would attempt to work in NZ (that could have been handled by a large amount in escrow if it had been requested) so after a modest period obtaining the birth certificate that was delayed because father couldn't enter NZ the mother and child went back to the Pacific Island to show off the baby. She then returned to NZ and they applied for a work visa for the father so he could join them. This was rejected because the interval of time when mother was having the baby and getting birth certificate and baby inoculations meant their relationship was no longer uninterrupted however INZ did give a 1 year visitors visa instead. So while the mother worked and the father watched the child he applied and obtained a work visa effective from the end of the years tourist visa. Having no NZ qualification and no residency it took a couple of months to find work. Another year went by and he applied for permanent residency at the beginning of this year. Since this was not assigned to a case officer until last month he had to pay to extend his work visa. When the residency visa did get to a case officer their first action was to require a new police certificate because the original one was expiring; this required a short expensive trip to his home country.
So we have NZ child who will be 3 this year whose father still has not obtained even provisional residency despite being in a well documented relationship for 5 years, having no police or medical issues and coming from a highly successful family. It is not the decisions made or the failure of policy that offends me - simply the deliberate delay by INZ in processing Visas. You have to admire the determination of immigrants to plough their way through this bureaucracy; we must be losing many seriously talented skilled immigrants because of this system. I wrote deliberate since INZ requires no approval to set its visa processing fees so it is trivial for them to set the fees at a level to employ the required staff. To rub salt into the wound the child's first passport took 23 hours from application to courier delivery.
There is one faster way: https://www.immigration.govt.nz/new-zealand-visas/apply-for-a-visa/about...

My other half is welsh, it has been a mission to get a visa in UK, I earn well over prescribed amount we have 2 children 5 & 8, we have been together for 12 years and the cost has been $10,000 so far. I will get British Citizenship next year which will cost a further $2500 ish. It is not easy. When she got indefinite leave in New Zealand, when we lived in NZ it was a breeze compared to the UK, we basically went in and they approved very quickly.

Good luck. I can understand why countries try to avoid marriages of convenience but I would have thought a decent salary, 12 years together and 2 children ought to be proof of commitment. My argument is not against the rules or even the arbitary way they are implemented nor the costs just the delays. Delay makes no sense - the really highly talented will move on to another country.

The $10,000 is interesting; those young Vietnamese who died in a truck trying to get into the UK illegally paid $60,000 for the opportunity. Living in a developed country is a privilege under valued by our govt. When I arrived in NZ and was told the point count required me to have $200,000 I just assumed I would pay this to the NZ govt where it would have covered my superannuation (I was 54 when I arrived). I was stunned to discover all I needed was $200,00o in savings.
Immigrants do have a cost for a modern society - only today the news was about NZ needing 1,000 teachers and since NZ born parents produce well under 2 children per couple the demand is just catering for immigrants (such as my four kids).

As I've been saying, if you want those houses built, we need external help.

Houses don't fall from the sky :)

The resident visa income threshold (median wage) is not really a policy setting for bringing high-skilled migrant workers.
Are the highly-skilled builders, doctors, engineers and tech workers, who are here to relieve skill shortages, ever paid that low in their career?

Call it whatever, this is just the taxpayer subsidising low-value businesses' profits.

What's going to happen when we finally get a recession and unemployment rises?

Will there be a mass rush for the exits as jobs for those on work visas disappear?

Perhaps a hard landing for the economy and especially housing will be realised.

Yep, that's likely. It's one of the few upsides of having so many people on work visas here. Lessens the unemployment blow on residents and citizens.
Imagine how much rental housing would be freed up in Auckland if 20-30K people left Auckland in the year following a recession.

I can't help but see that in terms of aggregate, immigration is at all time high, had never fallen but keeps increasing substantially. Looks like the bait and switch policies used in Australia politics to smoke voters. Infrastructures and accommodation will continue to be stretched which explains why home prices seem to have a powerful and resistant price floor despite how poor economic growth is here and in other markets.

How does a high work visa ratio support a stable economy and society as a whole. Transient workers are never good for the long term economy, usually the good ones leave (because they can) and you're left with what you have. There's no commitment to NZ and probably the country will continue to be a bolt hole down in the southern most pacific. The currently residence visa to work visa ratio at least based on this is 1:7.

Owing to our point-based system and low income / skill barriers, we can rest assured that the good ones who wish to settle here permanently, it is relatively easy to do so.
A lot of work visa holders are temporary migrants here for seasonal horticulture work or contractors/secondees. Then there are partners of residents and citizens waiting for residence approval. Most of those on student visas automatically qualify for work visa upon completion of their studies and have a decent shot towards permanency.

Get those numbers down.
Then promote Kiwis to partake in another baby boom!

I think I just spewed in my mouth a little! There's no need for another baby boom.

You sound a little emotional.

Interesting that the biggest number of residence visa's are coming from India and China. Who are these people and why are they moving here? Are they highly skilled, well educated people that we desperately need to make our country a better place? Or is it international students who have comlpeted their english language course and jumped through the hoops of getting residence and now fill a lot of unskilled low paid jobs? e.g. Uber drivers.

Actually a fair question that all the enthusiasts for immigration should be happy to answer. Only needs matching Visa with IRD annual returns and summarising. My guess 10% earning over double average wage and over 50% earning less. Every immigrant who earns less than the average wage is just dragging low wages lower. Has anyone ever produced any stats?

Hapily noticing NZ accents more and more at my supermarket, bottle store and pizza joint, as it should be. Those jobs are a good fillup for us locals they should not be part of a business model that brings in plane load after plane load of temp workers from India who then get residency...after paying back their employer all their wages and no tax being contributed either...stay in your corrupt country.

What is the nationality break down of the 10 year high of 246,705 work visas ? Work visa holders are unlikely to be committed and satisfied ever.

MBIE's Migration Data Explorer
44,166 India
22,296 UK
21,360 China
23,355 Phillipines
12,750 Germany
11,625 France
That is the approvals not the number actually working nor how long they are staying (my UK Niece obtained visa, stayed a couple of months and never worked). The stats make sense judging by the checkout supervisors and pump attendants in North Shore.

Don't you have to be a resident to buy a house?
Ergo, fewer resident visa means....

Checkout the immigration data explorer at https://mbienz.shinyapps.io/migration_data_explorer/#
This has the number of permanent residents for year ending Jun 2019 as 34,530 which is lower than the figure for year to September 34,992. I'd inpret that as slight growth. The alternative interpretation would be in 2018 from Jul-Sept they processed a surge not repeated in 2019.