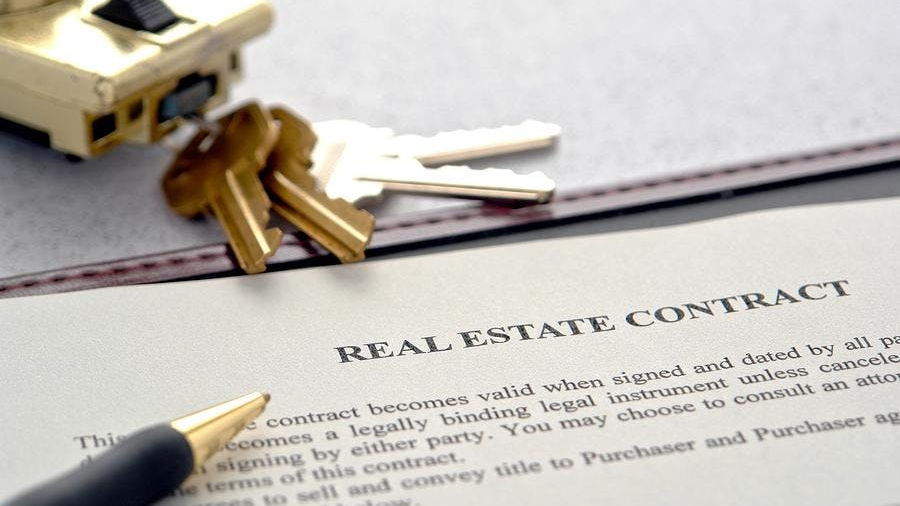 Nearly two years in gestation, the 10th edition of the ADSL/REINZ (Auckland District Law Society and Real Estate Institute of New Zealand) agreement will be released on 27 November – the first full revision since 2012.

Barrister Tim Jones, chairman of the ADLS sub-committee driving the process, says the new document “brings the current industry standard form up to date and provides a better mechanism for the parties to work through an agreement”.

ADLS is hosting a seminar for practitioners on 26 November, the day before release date, where expert will explain the changes in detail, along with the drivers behind them. Speakers will include barrister Peter Nolan, the property expert responsible for much of the detailed drafting. The seminar will be live-streamed.

Jones says some practitioners, particularly those outside Auckland, were having difficulty buying fax machines, which are now all-but-obsolete.

And even if practitioners could find one, their telcos refused to provide dedicated fax lines or even to bundle-up a fax line into their landline account. So many regional practitioners have resorted to email though technically, under the current agreement, an email response is not deemed to be acceptable until acknowledged by the recipient.

“So, we have been through a process with the ADLS technology committee to devise an email-acceptable solution to the notification procedure,” Jones says. “It will mean a change in practice for lawyers and real estate agents but that is one of those modern changes we are making in 2019 to keep up-to-date with the way technology has changed.”

On the compensation process, Jones says dispute resolution will continue to be a two-step process. As at present, it will be the parties’ responsibility to agree on a final arbiter and get a binding ruling. Notice of a dispute must be given and an expert lawyer will make an interim determination on how much needs to be set aside in a trust account until the dispute is resolved.

But the lawyer doing the interim determination will now have the power to decide whether or not there is a prima facie dispute. This will prevent vendors from walking away from purchasers’ claims and refusing to compensate.

The grounds for compensation have been widened from the current “mis-description” to include the much broader complaint of vendor “misrepresentation”.

Jones says he and Nolan are often involved in these interim determinations but can be nobbled by the narrow “mis-description” definition. “There have been arguments with some vendors who deny there is an issue. We’ve had any number of situations where the whole thing has been derailed because the vendor has said ‘if you don’t pay me in full, I’ll sue’.

“There is a lot of case law and the [current] situation is very hard. We don’t want people scurrying through their case books to find out if something has been caught.”

Under the new agreement, things will be different. “If the purchaser claims ‘misrepresentation’ and the vendor denies it, the [new] clause will provide a mechanism for someone to determine whether, at least prima facie, it is a misrepresentation, and then to put money aside and things can go from there,” Jones says.

All sorts of issues can arise between an agreement going unconditional and final settlement.

Jones describes one situation where a purchaser inspected a rural property prior to settlement and all was well, but when they went to move in “the place had been trashed by some local thugs”.

“In this situation, a sum needs to be set aside so if the vendor’s insurer doesn’t pay because of some disclaimer issue, there’s enough to cover the purchaser,” Jones says.

On another occasion, the front boundary of a property turned out to be in a different place from where the vendor had claimed. It made a significant difference to the section – tens of thousands of dollars, according to the purchaser’s valuer. But the vendor refused compensation.

It’s relatively common for vendors to do non-compliant work on their properties between an agreement going unconditional and final settlement, such as installing an extra toilet or putting a kitchen into a granny flat. The vendor needs to set aside an interim amount to cover the cost of achieving compliance. And, says Jones, “I would get an expert builder or a building inspector to come in and quantify the amount.”

Some of these issues involved big money. He recalls a waterfront property in Parnell where, just days before settlement, heavy rain caused the bank to erode, causing between $150,000 and $200,000 worth of damage.

Jones says the GST clause in the current agreement is “fine as far as it goes” but has an obligation two days before settlement that is unworkable and nobody adheres to it. “There’s no point having things there if nobody takes any notice of them,” he says. “We needed to put some extra emphasis on it to ensure that if the purchaser got it wrong, they would bear the consequences.”

The new clause has been drafted with input from the IRD.

In fact, says Jones, all feedback from the legal profession and REINZ members has been considered. “People came forward with some really good suggestions and they were all taken into account.”

The new agreement had its genesis in a paper prepared in 2017 by property experts Dr Don McMorland and Associate Professor Rod Thomas. The 20- page document flagged several areas where they considered the ADLS/REINZ agreement was out of date.

“That was the catalyst for the whole project,” Jones says.

The ADLS/REINZ sale and purchase agreement is used nationally for residential, commercial, industrial and farm property.

To register for the CPD seminar, visit adls.org.nz/cpd/

This article first appeared in LawNews and is reposted with permission.

Thank you for this article, very helpful.

An article on housing yields over 100 comments, an article on the legal tool to buy these houses… no comment. It shows that most commenters are not buyers & sellers of RE, they just like to share their opinion based on their expertise of… living in a house.