Bidding at the latest Auckland apartment auctions was some of the most spirited that interest.co.nz has seen since the pre-2017 boom

Property
Bidding at the latest Auckland apartment auctions was some of the most spirited that interest.co.nz has seen since the pre-2017 boom 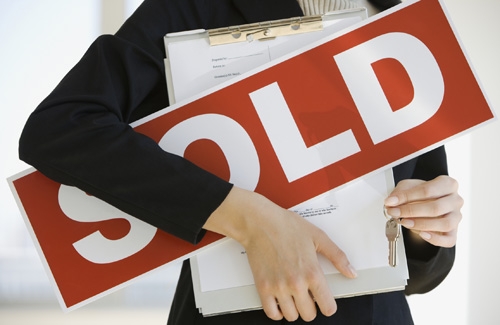 Apartment buyers have thumbed their noses at the threat of coronavirus, with 100% sales rates at the latest Auckland apartment auctions.

Although the number of properties on offer at the latest auctions held by specialist apartment agencies City Sales and Ray White City Apartments wasn't large, they were well attended and the bidding was very competitive.

Relatively modest auction numbers are still common at this time of year because the market doesn't usually start back after the Christmas break until mid-January and vendors and their agents would barely have had time to complete listing formalities and undertake a marketing campaign to put them to auction by mid-February., although numbers are now building steadily.

Bidding was even more spirited at Ray White City Apartments' auction, where five apartments were offered, including a leasehold unit in The Landings building near the historic former Central Railway Station, and a unit in the Zest building on Nelson St, which is an investor favourite.

There was also keen bidding for a freehold car parking space in the Quay West building on Albert St, which sold under the hammer for $151,000.

Buyers and agents spoken to by interest.co.nz attributed the enthusiastic bidding to two main reasons.

Details of the individual properties taken to auction and the results achieved are available on our Residential Auction Results page.

Yes it's amazing how any property when more realistically priced will sell eventually. Most of those apartments sold below or only made small capital gains. So probably best to focus on apartments for actually living in them rather than investments.

Yvil spreading lies again. Hey at least I can prove that you're malicious, someone who likes to spread false accusations. Here's one of your comments from the previous auction article which had to be pulled by this website due to it's abusive content: by Yvil | 11th Feb 20, 7:16pm [ Leave the petty insults/name-calling out please. Ed ]

Bit early aye? Well good luck with your mortgaged Air BNB boxes. Y'all at the wrong side of the trend. Again.

All the motels are taken up by Emergency Housing, we need to increase our stocks for tourists.

Exactly. The bennies live in tourist accom, the tourists dont want to stay there as the bennies wont shutup and go to sleep

Wrong side of the trend? You wanna explain guwop?

The China credit engine is trending down.

Well, the temperature on Mars is also trending down… little to do with properties in NZ though.

Your comment: "Well good luck with your mortgaged Air BNB boxes. Y'all at the wrong side of the trend. Again" comes across as very petty and jealous

I own my property debt-free. Zero mortgage. That is called being on the right side of the trend.

The trend for mortgage interest rates is clearly down so... people who have a mortgage a definitely on the right side of the trend

The trend for rates is down because of the underlying trend of deflation. I would be cautious to borrow for anything in a deflationary environment.

I have 100% equity so I could play the leverage game just like you do. But I chose not to.

So... having a low interest mortgage is as good as (or even better than) having no mortgage?

No, because during a deflationary cycle any debt will increase in value while credit evaporates.

I agree with you, I was just trying to get an explanation out of Yvil for what seems to be a logical fallacy.

Well if you have rich parents you won't need a mortgage, those who make their own fortune need other peoples money in the form of a mortgage

There is no proven model that can predict when to be on one side, or the other, of a deflation bet. The only model with long term predictive success is a market rate of return, broken down by risk factor. In Warren Buffets opinion there are 10 people in the world who are good enough at predicting markets, that they can justify their time cost. But hey, good luck to you.

CJ it's very hard making money if you're not from rich parents, so yes using other people's money (= mortgage) is the way to go

....and yours could be seen as smug and arrogant.

Many buyers were sitting on the sidelines late last year in the expectation that mortgage interest rates could fall further this year but that now seems less likely, with recent rate movements being up and the Reserve Bank signalling no changes to the OCR this year and a possible increase next year. So buyers are deciding to get in now.

If falling interest rates are not the deciding factor for raising the animal spirits of property investors, I guess it must come down to banks' willingness to swap cash less IOUs with the public and hope for the best, given the consequent outcomes?

But from the point of view of the bank, it has acquired the security without giving up any cash; the counterpart, in its balance-sheet, is an increase in its liabilities. There is expansion, from its point of view, on each side of its balance-sheet. But from the point of view of the rest of the economy, the bank has ‘created’ money. This is not to be denied. Hicks (1989, 58)
`
We start with the idea of credit creation, specifically a swap of IOUs between a bank and myself involving a bank loan that is my IOU and a bank deposit that is the bank’s IOU. Nothing could be simpler, and yet the mind rebels, especially the well-trained economist’s mind, because this simple operation increases my purchasing power without decreasing anyone else’s. It seems like alchemy, or anyway a violation of some deep conservation law. Real productive resources are the same as they were before, and the swap doesn’t change that, does it?

Spending of the new purchasing power adds another layer of perplexity. If spending increases but real resources do not, then it seems logical that the increased spending must exhaust itself in higher prices—that is the intuitive appeal of the quantity theory of money. My purchasing power may increase, but everyone else’s decreases because their money balances buy less. From this point of view, the alchemy of banking seems like a kind of theft, something to be deplored in the name of economic science and if possible outlawed in the name of the general good. Link

"Many buyers were sitting on the sidelines late last year in the expectation that mortgage interest rates could fall further this year but that now seems less likely, with recent rate movements being up and the Reserve Bank signalling no changes to the OCR this year and a possible increase next year. So buyers are deciding to get in now."
"Many " Buyers perplexed and upset as HSBC provides " A new 3.20% fixed mortgage offer launched"

which means , buyers now will wait for 2.99% offer

I'm not sure about the demand - my daughter and her friend have been looking for apartments to rent in Auckland Central this week - nice tidy girls, but one a student and the other a minimum wage worker so perhaps not the most desirable tenants.

They've been offered every place they've looked at and had agents chasing them to put applications in. The loss of however many thousand Chinese students has to be having some impact.

Wonderful, she should be playing them off one another for the best deal she can get. Make sure to help her with this if she feels nervous or pushed around.

Yeah but rents only go up up up

The entire listing of 8 properties was sold..Things are looking up boys!
yippee ki yay mf...

Shouldn't think the Coronavirus would have a negative impact on apartment sales, quite the opposite. There must be panic in China to have the option of somewhere else in the world to go. Might be hard getting here but I hear that private jets are still coming in from China.

I fly a private jet and I can assure you they are not coming in from China.

Unfortunately apartment sales in Central Auckland (which REINZ does not underline each month ) are not rising. They are well down on 2018 and 2017. And yet we are told that more are being built.