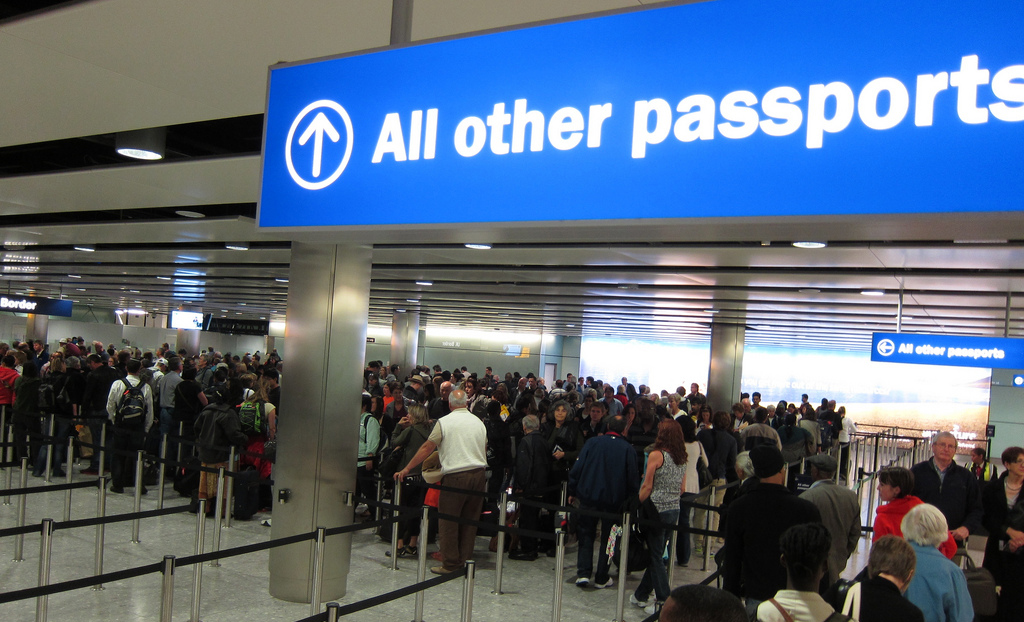 Population growth from migration continues to decline with an estimated net gain of 43,765 people last year.

There was a net loss of 9065 New Zealand citizens last year, with 43,281 leaving the country long term while 34,216 arrived back in the country after an extended stay overseas.

The biggest source country for new migrants was South Africa with a record net gain of 10,863 from that country last year, double what it was in 2017.

So that's why house prices are collapsing in NZ

Did anyone ever close the gates?

Are you putting your faith in big teeth ardern instead. She is all mouth

Well, a person cannot help what sized teeth they have, but they do have control over whether they become someone like BeijingBridges

Immigration is a topic dear to your heart PA.... as in "HOW DARE YOU... !" import more unwashed!

The words are yours not mine and yes I think MASS immigration is not good for anyone. Notice MASS, not exactly sure how you read that as unwashed but, there's no accounting for some.

As a Simon supporter I'd rather he keeps his promises in his pockets as far as immigration is concerned.

He is only a front man for his CCP overlords...

He might gift Steward Island or even Auckland Island, they need something close to Antarctica.

Chinese don’t like Labour eh? Wonder why? OBB?
Leaving in droves
If National wins they will be back

Well the decline in Chinese immigration also coincide with China's huge clamp down on their capital flight, which in turn was caused as a reaction to Trump's trade war. It doesn't matter if National gets in or not, what matters is when and if the US trade war on China ends? If Trump gets in for the next US election the world is screwed, even if he doesn't get elected that may not result in an immediate end to the US trade war.

Yes the US/China trade war did seem to swing a lot of blue collar workers in to voting for Trump. So all the Dems need to do is shout China! China! a lot and they'll get in. ;)
Trump on China: https://www.youtube.com/watch?v=RDrfE9I8_hs

The US/China trade war started AFTER Trump was elected, so it could not have "swung a lot of blue collar workers to vote for Trump"

Ahh Yvil, doesn't realize that Trump won most of his election campaign on the threat and he vowed to introduce restrictions on China and Mexico to keep jobs in the US, this in turn caused a trade war on China. Remember this or is it too much for your memory??

Here's the evidence, now don't you feel silly Yvil. Article from Time, June 2016: Here's Donald Trump's Presidential Announcement Speech.
Trump drones on a lot about China but here's a sample quote from his speech: "That’s right. A lot of people up there can’t get jobs. They can’t get jobs, because there are no jobs, because China has our jobs and Mexico has our jobs. They all have jobs."

So basically people voted for him to try to bring back manufacturing jobs which; "swung a lot of blue collar workers to vote for Trump"!! Do you understand now?
Article link: https://time.com/3923128/donald-trump-announcement-speech/

Predict huge further drop in inward migration and drop in NZ leaving for rest of year.

Interesting. I'm picking that a lot of these leavers will be the entrepreneur category types National cravenly let in to the Country. Business owners that simply sat in their 2 dollar shops and did nil trading yet gained residency none the less. Now that sector is finally being confronted by MBEINZ over non compliance and exploitation they will be running for home...liquor store owners will be next....

Completely untrue.......I know many many well educated, highly skilled families that have left.

Its not to say the highly skilled types aren't leaving too, theres not a big enough marketplace for highly skilled people in this country, despite claims to the contrary sooner or later high expectations meet reality with a shuddering clunk....oh and now money laundering is so much harder its probably easier to try Nandi or Sudan...

Beware your prejudices , and also be aware that Helen Clark ( who , when I checked last was a Labour PM ) reduced the IMMIGRATION POINTS from 140 to 100 thus opening a floodgate between 2000 and 2009

Yeah no kidding. That lowering was inpart an attempt to backfill the wave of migration to ozzy that took a big chunk of work capable kiwis who left insearch of higher incomes and never came back. It was also part of the ill conceived immigration policy to support the education export sector which perversely relied on imported students to prey upon...

Cool. I'll be sure not to vote for Helen Clark in the next election.

But wasn’t net migration at that time around 12,000pa.

And set up the FTA with China. Not really something that would help her constituency I reckon i.e. the workers.

Good for business owners though.

How much to people trust these figures? Aren't they based on how people fill in their exit/arrival cards? Seems to me that leaves a lot of room for error.

Hi HH, the numbers used to be based on arrival and departure cards but no more. It's now done by tracking passport movements over time. This results in more short term (monthly) revisions, but the longer term figires should be more accurate than the previous card-based data

Oh, that's interesting thanks Greg. Sounds like a better system, potentially at least. Given the recent history of the Stats Dept I'd want to check the methodology and source code pretty carefully before I put too much faith in the numbers.

I dont trust these figures

A few months ago we were hitting new records and now conveniently as we get closer to an election net immigration is on the decline.....

Anyone else have an issue with the number of South Africans moving here? Hardly a group that I would say share our values (rugby excepted)

I really don't mind South Africans. They're hard working, they value family and community well-being, have respect for the cultural norms of NZers and still enjoy a good braii. I shared a flight with a SA family recently who were moving to NZ. You could genuinely feel the parent's sense of relief they had got themselves out of SA, and were very grateful to be moving to NZ. Many have skills which we have a shortage of in NZ, so naturally we're an attractive destination.

Chairman moa is back in nz :)

What do you mean "don't share our values"? In my experience Saffas, Aussies and Poms are pretty much the same when it comes to values. All have the same western roots. The English tend to annoy me more than South Africans actually.

Conversely, an example of a racist immigrant with values that conflict with the liberal ideals on which NZ was founded is Ricardo Menendez, the new Green Party candidate. Wish they'd stop letting his sort in. I'd also love it if Golriz went back whence she came.

I'd take Saffas over the British every day of the week.
However, when outsiders come to NZ and start influencing our political scene as you mention, it is extremely worrying.
Surely when you move to a new country its because you like it the way it is?

Still Far too high while the housing waiting list has tripled with this government.

How funny, now that the Chinese can't buy houses here they don't want to come here? And the ones who have already bought their houses, are now leaving - which is why there are so many "ghost houses" in NZ now.

In my opinion, many chinese citizens who have NZ residency will return after this coronavirus saga concludes. People want their children to grow up in a safe environment.

What do you mean safe environment? Xingmowang told me that the People's Republic of China is as good as it gets! The Kind Leader takes care of everything. Best system ever.

Some Chinese residents become NZ citizens. Then they are citizens and no longer Chinese except for origin and racial ethnicity (or maybe in one or more cases they are Chinese spies). I like the few 'chinese' I know who are more kiwi than the average kiwi. NZ remains a very good place for parents with money.

I was thinking how this graph looks pretty much like a graph of house price. Rocketing up after 2012, and then slips back a bit.

But then I think house prices and immigration numbers have been highly correlated in the past right?

Yet another immigration article in the property section.