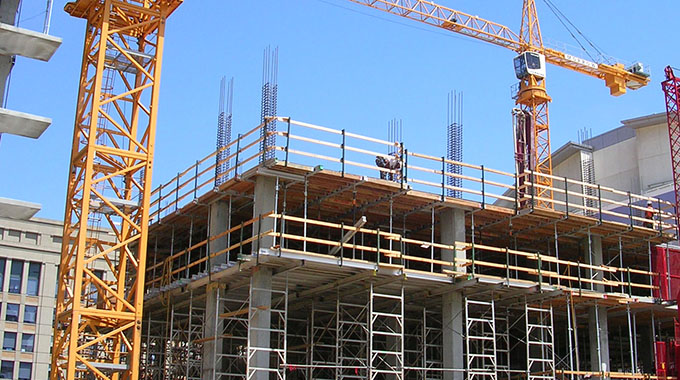 Construction of commercial buildings should continue at record levels in Auckland and Waikato over the next couple of years, although the outlook in other regions is more mixed.

According to Statistics NZ, consents were issued for a record $682 million of new commercial buildings in Auckland last year, excluding the costs of land and other non-construction costs, and that comes after three very strong years in which commercial consents were well above $500 million a year.

The demand for warehouse space was one of the main drivers of that growth, with consents issued for a record 383,564 square metres of new storage buildings in Auckland last year, with a record value of $384 million.

Demand for accommodation in the hospitality sector was also a major factor, with consents issued for 85,434 square metres of new commercial accommodation space such as motels and hotels, which was a 21 year record.

New factory space consented dropped back from 143,675 square metres in 2018 to 105,014 square metres last year, but remained substantially above the levels consented between 2009 and 2017.

The Waikato is also experiencing a commercial construction boom, with a record $127.1 million of new commercial buildings consented in the region last year, more than double the $60.7 million consented in 2018.

So tower cranes, concrete trucks and traffic cones are likes to remain features of the landscapes in Auckland and Hamilton for some time.

However drivers and pedestrians may get a bit of relief from construction activity in other centres.

In the Bay of Plenty the value of consents for new commercial space plunged dramatically, from $113 million in 2018 to $57 million in 2019, which was its lowest level in five years.

And commercial construction in the Wellington Region can be a bit like its weather - changeable.

In Otago the outlook for commercial construction is basically flat, with $54.5 million of commercial consents issued last year, up just 2.2% compared to 2018.

Not surprisingly the big downward move in consents issued for new commercial space last year was in Canterbury, where their total value was $128 million last year, down 49% compared to 2018 and down million last year and down 80% since the 2014 peak of $636 million.

That puts Canterbury within a hair's breadth of being overtaken by Waikato for having the second highest level of new commercial consents issued in the country.

Across the entire country the value of consents issued for new commercial space was $1.211 billion last year, down just a smidgen from the $1.243 billion issued in 2018. That means the overall contribution to the economy from commercial construction is likely to stay around existing levels for at least the next year or two, although it's likely to be increasingly concentrated in the upper North Island.

The comment stream on thsi story is now closed.

Yes lots of activity around Hamilton and some serious concrete placing going on. I am seeing some USA scale pumping trucks around the place, finally the sector is investing in the sort of equipment that really helps productivity. Although yesterday I did see a very battered Waiheke Concrete mixer truck nosing its way north through morning traffic...it looked as if it had just made a delivery...but all the way from Waiheke?!

Funny but I get the feeling there's an element of reality in your quip. Don't be suprised if the politicians ramp up some grandiose public spending ideas in due course.

Construction of industrial space is a good indicator for where the economy is headed, and office and retail are parasites to industry activity.

No panic yet, as Labour will keep the party going until election. The year after could be another story, where all the promises have to be paid for.

Theres no reason to say that. Retail has a good 5 to 6 years before the international de-retailization trend starts to bite here due to kiwis being far behind the times....it is a thing. The retail space massacre currently unfolding in the UK as an example is due in part to the internet centric retail distribution trend chewing into the enormous and antiquated base of retail shops that the UK has, it is also due to brexit slamming the door shut on eastern european and other assorted low cost immigrant sources. A salient lesson to our retail chains...

Retail problems are hitting hard in Australia as well. Except it's not a transition to online sales as much as it appears that Australians don't have the money to spend.

Well you might have a point there, the inevitable hollowing out of the relatively high Australian standard of living started in earnest around the time of the Rudd government and the windfall mining tax...a deadly step on the dragons tail perhaps...and has been facilitated by the utter capitulation of their political leaders, not unlike ours in the late 80s early 90s. Question is..what happens next?