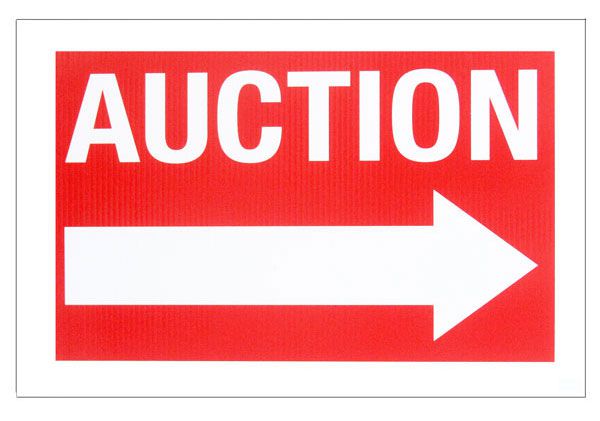 Auction numbers took a dip at the end of February, with fewer properties being offered and the sales rate taking a tumble compared to the previous week, although prices remained firm.

Interest.co.nz monitored 323 auctioned properties in the week from February 24 to March 1, down from 350 the previous week and down from 337 in the equivalent week of last year (February 25 to March 3).

Interest.co.nz recorded 181 sales at the 323 auctions it monitored from 24 February to 1 March, giving an overall sales rate of 56%.

That was well down from the overall sales rate of 67% the previous week but was still up compared to the equivalent week of last year, when the sales rate was 41%.

Although the sales rate was down,compared to a week earlier, prices appeared to be holding firm near recent highs, with 75% of selling prices being higher than the same properties' rating valuations, compared to 79% the previous week and 56% in the equivalent week of last year.

Details of the individual properties offered at the auctions monitored by interest.co.nz and the results achieved, are available on our Residential Auction Results page.

Still running at around 40% of 2019 levels, graph 12 here: https://www.capitaleconomics.com/the-economic-effects-of-the-coronavirus/

Would be interesting to to see what - if any impact distressed sales are having on these figures.

Sales rates down . . . not surprising but clearance rates will be interesting over the next few weeks to see whether this is just one blip or some change in the market.
Rates down possibly due to apprehensions over the virus, or expectations of lower interest rates in near future.
Prices still firm but I think currently outlook uncertain as the extent and impacts of the virus are also uncertain.

It will be interesting to see how much property is offloaded by Chinese.

with every case of corona virus in NZ on top of the economic impact, any overseas investor would be re evaluating constantly

Hey that's bit Xenophobes.. there's no such things, oh by the way.. do visit Ormiston Primary School in Flat Bush area.. don't be shock that many of their enrollment activities evolves around two languages; English & Chinese - amazing eh? it's been inaugurate by plenty of Nat minister during their reign. ouh how we missed Nat.

Just can't imagine too many people wanting to hang around "petri dish" auction rooms / open homes....... Most will actively avoid such venues as the infection rate multiplies.

Covid-2 poses a serious threat to population health - globally. Health (public and personal) is already at the forefront of people's minds.

It's more than likely that the housing market will have the wind taken out of its sales over the next few months - perhaps for longer.

Who is going to hold (or attend) an open home in the next few months.? Antiviral handwash at the door,? Can't shake on a deal anymore, have to bump feet to close it.

Agree with you wholeheartedly, RCD.

It will be life as we’ve never before known it.

What ttp, your not going to try spin it?

Yvil has changed his tone, now TTP as well.

How long until The Bot 2 crashes into double posts about ChCh?

The panic buying "shortage" has been great marketing for a few companies. There will be changes to the way we do things as a result of this virus.. online grocery shopping and online house and car auctions are the obvious benefactors. What about the livestock sales yard online also or even more home based service eg hairdresser until this clears

Don't be such doom & gloom Sir TTP, this day? people buy & sell via online. You don't need to touch the brick, now days you can just buy a house by using that smartphone with QR reader, that basically on the tap, will bring you towards all necessary links: LIMs report, Lawyers, RE agents etc. - Covid19-22 are just halting/delaying the people movements, but as the technology already mature/here to be used - as you can witness on TradeMe listing for example, the transaction has been made easy for all of us. The minute you listed the property.. the sooner the deal can be seal.. you see it by the 'Sold' sign or by 'Withdrawn' as the background transaction is already underway.

Initial sales indicators for Auckland districts: all up 20% plus in February, except for Auckland City, which fell 14%.
I wonder who tends to buy in AC? A poser isn't it?
Now we have Westpac getting paid for stating bleeding obvious that market is going to slow to a halt. Never.

Prices firm...with rates.so low is it any surprise. Central banks protecting their ponzi and income.

Auckland has just been hit with covid in the past week, so will be interesting to observe the future..

One would hope it stays that way.. but the past 2 months have taught us the probability of keeping it that way is slim

Pfft, agreed hardly it will make any dent, temp is getting cooler.. all you need to do is to get that Flu jab. .Bang! Covidxx, you won't get me, then put hand sanitiser, use home computer, go online.. voila! just click that buy now - everything will be sorted, all without venturing out.

Then straight off to the auction rooms again. All's well.

They're up, they're down! They're high, they're low! They're firm, they're soft! Media just feeding the monkeys. Where's the popcorn?

There seems to be a lot of marketing to FTBs at the moment from banks and even the government itself.

Fully expecting mortagee sales to go tough the roof. Tragic for all those who were suckered into property over the last few years by msm, spruikers and banksters. You own a liability, not an asset.

During the last GFC,
Was there any central bank in the earth not trying deadly to harshly reduce the cash rate (even to the negetive) to rescue...?

Same argument is flowing within immunology scientist on this planet about super bugs floating out there, we keep on hammering, nuke them, trick them, train them, to adjust to our body defense mechanism in order to repel or have some sort of control over them..Both answers are firm. But each face the same challenge, what next? when it's no longer working.. or should we have a faith developed.. that it will always works (..felt lucky now? when 737max grounded worldwide for now..)

Sales drop, price firm.. nothing will change. The drop was due to hold up, this temporary short term Covid19, just delaying the buyer visit, but soon the listed shall go up as the Covid19 mass refugee started coming again for the sake of investment, avoiding RNA based virus from every countries. Then as per local/OZ Banks predicted late last year/earlier this year.. that our productivity numbers/GDP shall jump up to around 7% again? all thanks to the locally sitting there, land area which are in magical way always move up on their value. Nationwide - Well done NZ !