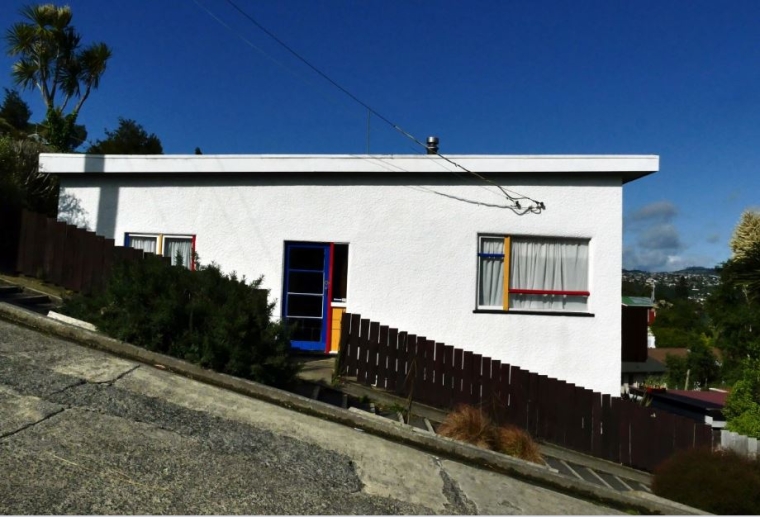 House price growth around the country may not have been as strong as recent figures suggest.

However a closer look at the figures suggests the strong price gain in March may have had more to do with an increase in the number of sales at the middle to top end of the market, rather than a major overall increase in values.

So there was a big move in the market with more sales in the mid-to-upper end and fewer at the bottom end.

Although the REINZ does not publish a regional price segment breakdown, an insight into the Auckland market can be gleaned from the March sales report of Barfoot & Thompson, which is the largest real estate agency in the Auckland region.

"A factor that affected both the average and median sales [prices] was the exceptionally high number of properties that sold in the $1 million-plus and $2 million-plus price categories," Barfoot and Thompson Managing director Peter Thompson said in the agency's March sales report.

"In March we sold 479 properties for in excess of $1 million, which is more than we sold at the height of the 2016 price cycle," he said.

Further evidence that price growth prior to the lockdown was not as strong as the median price figures suggest comes form the REINZ's House Price Index (HPI), which adjusts for changes in the mix of properties sold each month.

It shows that there was strong price growth between January and February this year but the rate of price growth slowed considerably between February and March, suggesting prices were starting to flatten out again.

The HPI for the whole of the country increased by 3.1% between January and February, but that figure dropped back to just 0.7% between February and March.

In Auckland the HPI increased by 4.0% between January and February but by just 0.9% between February and March.

For the rest of New Zealand, excluding Auckland, the HPI increased by 2.4% between January and February and only 0.5% between February and March.

So although property prices appeared to be rising strongly in March, it seems that most of that increase was driven by changes in the mix of properties being sold rather than a general increase in values, due to more transactions in the middle to upper end of the market and fewer at the lower end.

Data can be read/ manipulated to suit vested interest - so no surprise.

Also Real Estate Agencies / Lobbyist / Agencies / Media / Experts with biased vested interest will be out in full force in time to come to prove and promote otherwise. Same applies to banks and people in financial sector as their future will depend on false narrative that housing sector is is invinciable despite everything falling apart not only in NZ but world over.

That's why you look at the index data, and generally 3 month change minimum as month on month is too noisy

Would be useful to see the actual number of sales (rather than % in each) per price bracket selected.
The point is still valid however.
It needs to be remembered that increases in prices are measured in comparison to the same month in prev year.
As I keep repeating, jan and feb 2019 were suppressed months due to OBB and AML, which also probably suppressed prices at higher end MORE. So, this year's figures were always going to look marvellous in comparison. The quarterly and annual rolling sales figures combined with the amount of extra stock added, to me gives a far more complete picture of "the market" than price does. price rises are facilitated by willingness of banks to lend ever more at ever lower interest rates. This is "goosing" - squeezing people into ever more debt and leverage. With the virus and inevitable squeeze on demand and lending criteria, this goosing is over.
I foresee minimum of 15% drop in median price by end of 2020 and 25% by end of 2021.

Hi Mike, I don't think you're correct about the 6-8 week settlement being relevant to the REINZ stats. The REINZ stats are from when the sale becomes unconditional. That typically happens well before settlement.
[Continued from another comments section, because I consider it important to clarify fundamental things like this.]

statistics are like miniskirts, they give you lots of good ideas, but hide whats important.

Are agents grandbagging? Only report the good sales over a certain threshold, delay reporting the lower sales and instead drip feed these in attempt to skew the figures upward?

Never heard of that but I guess its possible. Surly against their new "ethics" if you can apply that word.

Just see in agents' sales records .Price Withheld in MOST cases. In some instances price is disclosed ( & I suspect these would be instances prices achieved are favourable to the media spin). A case of selective amnesia seem to have affected RE agents.

March is now ancient history in terms of the housing market. Everything has changed, with the COVID catalyst. There really is no point going over old ground now. This is a defining moment for the property market and wider economy.

I wonder how many paid cash versus a large loan and now have lost their income ???? and will now struggle to find someone else to give them 1 million plus.

I live in central akl. There appeared to be a real flurry of listings and sales (at astronomical prices) on my regular dog walk. Im pretty sure there is a reasonable amount of buyers remorse being felt about now.

Rubbish! We've been told many times that no one ever regrets buying a house!

Especially in CHCH and Palmy North!

The Boy you have let your family down by not getting out of your comfort zone and renting poor quality housing to people with shaved heads, camo pants and steel toed boots. You live in a town a huge majority of New Zealanders do not want to live in.

But they got their headlines. As soon as its re-messaged by the media, it counts.

Absolute insanity. Looking at the Bayleys photos of the apartments, there's nothing luxurious about them except for the expensive kitchen furniture.

To be honest all an apartment really consists of is walls, floors, windows and kitchen furniture.

The coming reality check on that pricing is going to be popcorn worthy.

They are still selling down 236 Kepa Road which was apparently 99% sold when I visited a few months back.

Bit annoying but Property Guru still doesn't have listings for all those units or could see how many ACTUALLY sold.

Cant see 18 Orakei being built to be honest.

21 comments?
Here is info metrics forecast for house prices today: - 11% by end of 2021
My forecast is 25% down
https://www.msn.com/en-nz/money/homeandproperty/house-prices-tipped-to-…

This report is just laughable, nobody should trust anymore the REINZ lobby, this has been their last attempt to pretend the boat is not sinking, shameless.

Yes we know all that.
Its called massaging the figures.
A new phenomenom.