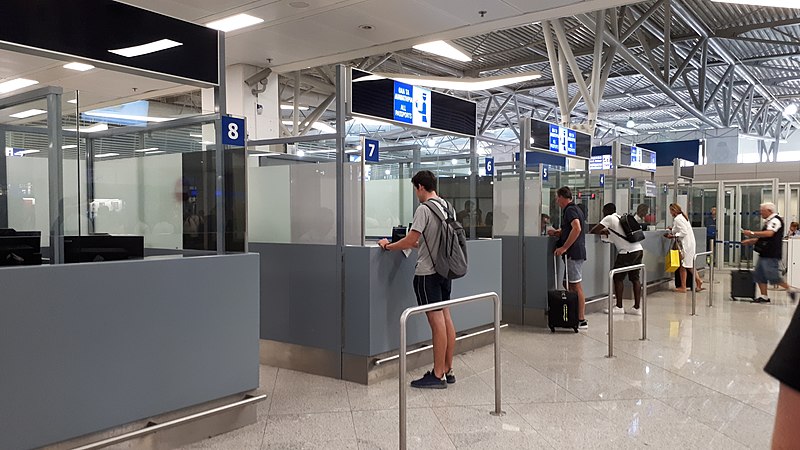 New Zealand had a population increase of just 48 people from migration in April.

The severe lockdown restrictions that were in place during April meant just 729 people arrived in this country long term during the month, while 681 departed long term, giving a net gain of 48, according to Statistics NZ.

Of the 729 long term arrivals, the biggest group by far were the 582 New Zealand citizens who returned to long term, while just 47 NZ citizens departed long term, giving a net gain of 535 NZ citizens.

The biggest loss was to China with just 15 along term arrivals of Chinese citizens and 118 departures, giving a net loss of 102.

Other source countries with net losses of their citizens included Korea -82, Germany -91, France -48 and the UK -69.

There was a net gain of eight Australian citizens in April, with 18 long term arrivals and 10 long term departures.

Fifty nine people arrived long term on residence visas in April, while just two were on student visas and 28 were on work visas.

Although the arrivals and departures were both greatly reduced during the lockdown, the net gain of 729 from migration was far from a record low.

That's because there have been several periods when long term departures have exceeded long term arrivals, giving net migration losses.

The last time that occurred was in May 2013 when there was a net loss of 1209 people, which followed a net loss of 429 in April of that year.

I am sure that'll happen organically over the next quarter once air travel resumes and our government forces out-of-work migrants to return to their home countries.
Our government is exempting certain skilled migrant workers (tunneling experts, transport engineers, etc.) from border closures. However, the ministers have no intention of bringing back thousands of them currently stuck overseas by their low interest in expanding quarantine facilities.

The way I see it, the ticking time bomb is the 25k resident visa applications awaiting INZ decision, many of whom from workers earning barely above median wage. There is no way NZ gets out of this economic mess while being able to afford extending our social welfare to more low-skilled migrants, unless we decide to take a big hit to both our living standards and quality of welfare system.

Don't worry remember that National are super keen to open the immigration flood gates the moment they get in as they did last time, along with welcoming back the covid-19 virus to reinfect NZ.

"The severe lockdown restrictions that were in place during April meant just 729 people arrived in this country long term in April."

If returning Kiwi expats are the housebuyers in NZ - assuming that a household is 3 people, that is roughly 243 odd households wanting to buy houses in NZ and to support the NZ house market, result in prices being stablised ...

Most of these people are likely to be returning back home to live with family.

As you know CN I'm one of those households and there is zero chance I would buy at current prices.

Great job! I will be voting Covid next election.

On a closer look, the data shows the following for the month of May-2020:
- Business/Skilled Principal Applicants = 513
- Secondary Applicants & Family Stream = 1,038
- Humanitarian = 90
So we have no choice in the skill-mix of over two-thirds of those moving to NZ permanently.

Now that we've brought all these people here permanently plus the tens of thousands of out-of-jobs retail workers, cafe managers and tour guides from previous years, let's pour billions on polytech programmes hoping some of these will pick up skills that a "developed" economy might actually have a use for. Level 5 diploma in beekeeping anyone?

Some of the cases of families split by having the bad luck to be overseas when falling ill are tragic. I'm all for INZ being far harder on immigration - there are good reasons other countries have much lower rates of immigration - but they are granting entry to American film makers while splitting families who have lived here for a decade.
NZ residents should be treated with the great kindness one gives to guests not with the rough justice of our least empathatic bureaucracy. Save the toughness for new applicants.

So the pressure on real estate from returning NZ citizens some claimed during the lockdown happened to be just 535 people, most of which very likely have accommodation provided by relatives.

Happy to finally see some immigration news outside the property section!

Because immigrants usually bring their own houses with them when they arrive?

How come there is any immigration gain at all. There should be a big big flow out over the border. At this time the jobless and low paid foreign workers should be departing in the tens of thousands. (acknowledging there is a shortage of plane seats)
Immigrant workers are to fill gaps. But the gaps are no longer there.

a lot of them are hanging around because it will be worse where they go back to , no job and covid, better to stay here with no job

Covid19 has finally done what Winston did not have the fortitude to do, Cut immigration to the bone. This should have been done years ago !!!! I hope this trend continues.

Next, Labour might be able to find the skills resources (builders) to properly embark on Kiwibuild should private sector building demand dry up.

A much deserved breather, sad though that it had to be Nature that gave it, not the Politicians/Government/Administration.