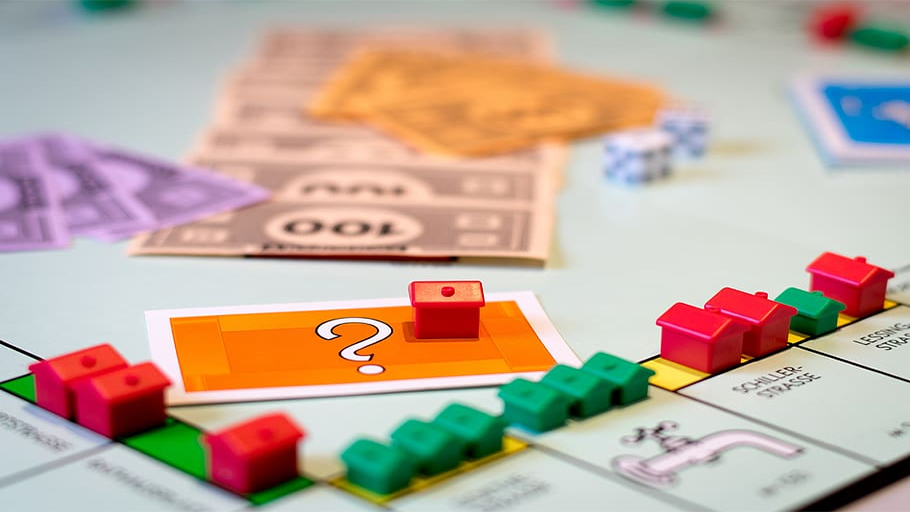 Auckland and Canterbury may have the lowest house price inflation in the country while Gisborne could have the highest, according to the Real Estate Institute of New Zealand.

The REINZ has compared the monthly selling prices of residential properties in each region since the beginning of the year, with their corresponding rating valuations, and found some surprising regional variations.

A similar downward trend was evident in Whanganui, which like Gisborne, has some of the lowest property values in the country.

The biggest drop in property values was in Queenstown, where the average value in the three months to August was down -7.4% compared to the three months to May, followed by Dunedin where the quarterly decline if values was -1.3% (see second table below). The figures suggest that while residential property sales are currently buoyant for the time of year, this is not necessarily translating into higher prices in all regions.

Point of clarification. Is the corelogic HPI the same thing as the REINZ HPI, renamed?

No. They are quite different measures. CoreLogic tracks the value of all homes in the country by month, REINZ tracks selling prices of the homes that are sold in a particular month.

Lets hope we don't have a recession retraction like Australia domestic housing where it may have falls of up to 40% ; More likely 10-15%.
Source - Emma Duffy from savings. com.au on 2/9.

Aussie companies saw remote working as an opportunity to cut down on their office leasing costs but in the process may have triggered a demand fall for inner city residential and commercial properties.

Rental listings in inner Melbourne have spiked 52% from March 2020 to last week. Plenty of supply coming into the new build market will aggravate this property glut.

Corelogic = QV am I right ?

No surprise Greg that prices have been flat in Auckland for 3 years. The stats have been telling us that for a while.

"Auckland, July's selling prices were on average just 5% higher than their corresponding (2017) rating valuations . . . . suggesting very little capital gain in the region over the last three years."
So all pretty doom and gloom?
However, RV taken at time of peak after very rapid growth followed by two years being flat so only 5% capital gain not surprising . . . . but, not all doom and gloom as due to leveraging on 20% equity that is 25% tax-free gain on equity over three years.
But, really its all about a home and that $700,000 home just got $35,000 more expensive - that is $11,600 ($224 per week) after taxed earnings and savings interest each year.
Ah, but, but . . . :)

If you look over 3 years Auckland is effectively dead flat.

Fritz
Where do you get that?
Compared to RV as a basis, the article says prices up 5%.

You seem determined to paint a rosy picture.
Effectively prices are flat, especially if you consider inflation.
Let's not be pedantic shall we, it's effectively flatness over 3 years.

Why are you trying so hard to make it look good? 5% growth over 3 years isn't exactly great, for any investment. In comparison, S&P500 is up 40% in the same period, no need for leverage.

CJ
So you were living in your share portfolio?
Your landlord will be happy with a fairly secure tax free capital gain with you providing him/her a bit of profit and meeting all expenses.
But you are happy so all ok.

No CJ
Clearly talking about owner-occupied if you read my comment - hence no tax obligation for potential FHB renting and funds sitting in investments.
As for investors, it is not about short term but rather long term, so vast majority have been in for some time and seen significant CGT and increasing yield on initial investment.

I really don't understand your argument then. You said: "that is 25% tax-free gain on equity over three years". Now you're saying you were "clearly talking about owner-occupied". What does tax-free gain on equity matter in that case? Again, what difference does it make if your primary residence is worth 5% more? Your equity and the gains on it are locked down until you sell your home. And when you sell your primary residence, you'll most likely do so in order to buy a different one in the same market.

Imputed rent is either an asset or an abomination, depending?

CJ
You guys are amazing!
I have consistently posting since the middle of last year that FHB should be looking at buying. While I have consistently posted that, I have been countered with claims of bubble burst, see your equity evaporate, negative equity . . . .
Despite Covid, the Auckland market - one of the poorest performing - has seen homeowners equity increase by 25% - and in terms of returns that most potential FHB would get on appropriate investments that is reasonable. Clearly those in other regions have done considerably better.
However, this is all a bitter pill to you. :)

P8, what happens in the Auckland market is neither here nor there to me. The point is that the story the spruikers keep spinning about what price changes mean seems inconsistent. Homes aren't an investment, but we should compare house price rises to investments. If you're in it for the long haul, then short term fluctuations in prices dont matter, unless the short term fluctuations are slightly up, in which case you should be celebrating, etc etc.

Thats the sort of trollish comment that gives PIs a bad name. And in the next breath there is no tax favoritism for property.

No Averageman
I was referring to FHB
For investors it is about net yield which is taxed. If it is also about CG then that is or is at risk of tax.
The point I was making was that even in the Auckland market showing only 5% CG, due to leveraging ones 20% equity is increased 25%, and that continuing to rent with potential savings one would need a significant after tax return.
It amazes me that the anti-property brigade come in cherry picking what are returns on investments not relevant to FHB savers.

I have been trying to edit that, do others often have issues with edit function?

Auckland is very well placed for capital growth across the medium/long term..... The big $$$$ isn’t about to go anywhere else.

In subsidies and wealth transfers we trust. Oh great god of property, do not let NZ's sacred cow stumble! Affordable housing for wider generations of New Zealanders would be the height of unfairness!

Where is The Man 2 when we needed him?

..buried deep in covid wage subsidy applications...or perhaps at a meeting of the "Property Always goes Up' club.
Asset bubble collapse is slowly but surely creeping closer and closer. The bulls are being castrated.

Its surprising that this doesn't feature in a oneroof nzherald article...

Maybe they'll just run that one about the Singaporean ex-pats duking it out for that place in Ponsonby for the third time.

you'll find this article in their thrash bin...

they must be frantically trying to find a counter article...

Ahaha. Outdoing even themselves. "Unforecastable", but don't worry, it will definitely be up.

Ahaha. Outdoing even themselves. "Unforecastable", but don't worry, it will definitely be up.

Is 'unforecastable' actually a word? What does it mean? The state of not being able to be forecasted? That the media team doesn't have a clue about the future?

Subsidies and various stimulus to end soon as a result may see some reaction but full impact will only be felt once mortage defferal ends. If still after that market survives than can say that housing market has survived the downtrend affect of coronavirus - till than it is wait and watch.

I've been looking at Queenstown for a couple of years intending to buy a property in the next downturn.

The downturn has arrived so the question is do I pull the trigger now and buy or is this decline in Queenstown just the start and therefore I should hold off for prices to go lower?

Any thoughts on the Queenstown market?

All i can say is that couple of agents i have been interacting with have listed their Auckland properties due to vendors settling in Q'town.. question is are they buying over they or already own?? knowing that there has been a massive downturn in airbnb's, owners must be just moving into them now...

I'm hearing of people who are choosing to work from home in another town rather than stay in Auckland. Essentially either renting out their Auckland property or selling altogether and relocating.

Having not been to my office in the Auckland CDB now since the first lockdown in March I can see the attraction. Remote working with Zoom has been a game changer and lightbulb moment for many people I think.

my company is relinquishing one of their floors, even though the lease ends in 1 1/2 years..

Atlassian has announced that all staffs will be working from home forever!

My opinion, not to be taken as advice, is things will get worse.
Wage subsidy has come off, Qtown economy is likely to struggle for next year at least.

Indeed wage subsidy finishing and possibly the economy is being propped up until the election which is what any Govt would do actually.

Completely agree with that call. Protect till Re-elect.

If Lab gets in alone, be very prepared to receive new tax medicine in 2021. End of the day someone is going to have to pay for everything thats happened. Wage earners are tapped out, Businesses are tapped out or failing, and a large chunk are effectively paying no tax at the lower end there is no opportunity.

Speculative property gains is the only remaining largely untouched source of inescapable revenue in NZ. Watch that space.

Sorry, I pressed report inadvertently. I’d definitely be waiting to see how many people down here can afford their rent once this government stops paying half the town’s wage each week. Many have left already, more will be leaving soon.

A lot of new builds under way there too so wondering if there might be an oversupply later this year.

So 5% over CV in Auckland eh for sale price
And after inflation?
As I wrote yesterday, price median in fact FELL 2016-19 taking July to July each year

Worse for foreign investors given Orr plunging the currency during that time too.

By the way, Manukau and Papakura sales way below sunny average concealed in Auckland sale gains in June and July. Sales in those two months were v close to 2019 while Albany up 34%. Who might be buying for outsiders there?

He's writing as P8. TTP broke the cover a few days ago.