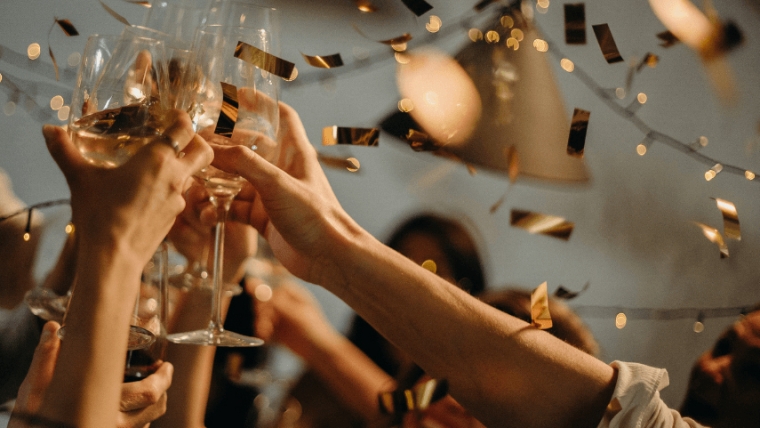 The residential real estate industry had a revenue bonanza in the first quarter of this year, with estimated industry commissions up 48% compared to a year earlier.

Interest.co.nz estimates the real estate industry earned just a tad under $600 million in total gross residential sales commissions in the first three months of 2021, compared to just over $400 million in the same period of last year.

That followed three consecutive years (2017-2019) in which estimated first quarter commission revenue was flat at about $350 million.

Most of the growth this year came from the rampant Auckland housing market, where estimated total sales commissions soared to $275 million in the first quarter of this year, up by 77% compared to the same period of last year.

In the rest of the country excluding Auckland, estimated total commissions were just under $320 million in the first quarter, up 29% compared to a year earlier.

Across the country the biggest increase occurred on the West Coast where the estimated total commission was up 170% in the first quarter of this year compared to the same period of last year.

However, the West Coast market is so small that total commission levels remained under $3 million in the first quarter, even with the substantial increase.

Marlborough was the only region to post a decline in estimated total commission in the first quarter, down 18% compared to a year earlier.

The growth in industry commission revenue was driven by an increase in the number of properties sold and substantially higher prices, which pushed up the amount of commission payable on most sales.

The huge increase in selling prices that has occurred in the last 12 months means that in percentage terms, industry commission revenue has grown at almost twice the rate at which sales have increased.

That meant that estimated total commission levels were up significantly in Gisborne, Hawke's Bay and Manawatu-Whanganui in the first quarter of this year compared to the same period of last year, even though there were declines in the number of properties sold in those regions over the same period.

The spectacular buoyancy of the market since Level 4 lockdown restrictions were lifted a year ago has made the real estate industry one of the big winners from the Reserve Bank's strategy of driving down interest rates, along with the big Australian-owned banks that dominate the residential mortgage market, but it has pushed prices beyond levels that many first home buyers can afford and also contributed towards a growing millstone of mortgage debt which could weigh more heavily on the economy as interest rates rise.

True. It is easy to underestimate the amount of work they do to make property sold.
It's not just listing a property on TradeMe, do a couple of open homes, and go for auction.

I assume you are not referring to those that are working hard on increasing their bonuses as a result of higher sale prices, which of course must be a minority...

It's heartening to see such a productive industry thriving under the careful watch of the RBNZ and government.

From the entire real estate industry to Adrian Orr and the New Zealand government: https://www.youtube.com/watch?v=SaWkfmmmjDQ

"...could weigh more heavily on the economy as interest rates rise."

Tell us something new.

I'm sure an agent will show up in the comments soon pleading "not all agents" and claiming that most of these hard working productive members of society don't actually make that much money. I'll get my violin ready...

Tor
Start playing then.
While a very few do well, the vast majority of agents make a pretty poor income.
Me? Not an agent - did far better in another occupation.
(Oh and if it’s that really great, why not you?)

Envious of ethics or envious of people 'getting ahead'? I'm sure they're not mutually exclusive but there appears to be a correlation/causation between the getting ahead culture and narcissism.

The issue is on how they"get ahead" IO. Getting ahead through integrity and hard work is generally accepted by all but the smallest minds. "Getting ahead" at someone else's expense is not. Real Estate agents these days generally are in the second bunch.

Looking at old contracts I had to sell houses in the early 2000's to what I understand they do now, I would not use a RE agent at all. They are little more than thieves making easy money with little to no risk or effort.

Prime Minister of NZ - Jacinda Arden and governor of reserve bank - Mr Orr should be asked what conclusion do they draw from this data and is it still WAIT N WATCH till the time a data is released that suit their narrative / reason / excuse not to act on Interest only loan.

Hmm. another industry primed for automation.

One prominent real estate agency was spotted returning a gaggle of monkeys to the Auckland zoo the other day. Apparently, they were used to expand the agency's sales force over the recent housing boom, the monkeys being particularly amenable to coaching in real estate practices.

In Barfoot Auction today (Highbrook Auction room) which is currently on, has 23 properties listed between 10.00am and 1.00pm of which only 8 sold and in many houses their were no bid at all.

All houses in current auction have been appraised at high value by RE agent, so will be a while before vendor accepts the new reality or withdraw from the market.

Houses may still be sold at premium price but seems that those expecting more premium on top of premium ( already high price) are failing.

Misrepresenting possible high sale price to get listings is an old trick. In a rising market everyone is happy. in a flat to middling market...not so much.

According to Real Estate Authority (REA), there are 15,287 active real estate agents in the country as of end of March. Based on a 2018 online news report (stuff.co.nz), a typical real estate agent in New Zealand collects between 55 and 70% of the commission as part of their sale with the rest being taken by the franchise owner.

Averaging the data from 2013 to 2020, the sales proportion of the first quarter (Q₁) of the year compared to the entire year is 24%.

Based on Q₁:2021 estimates by interest.co.nz, the total turnover for the real estate industry is $600 million.

The average monthly income before expenses (such as assistant salary, leased vehicle, phone and other office requirements) is approximately $8,170.

Assuming that the ratio of Q₁:2021 to the annual income remain identical to the last 8 years' average,

The projected average annual income before tax and expenses for a real estate agent would be $101,760.

Consider the $101,760 income is a pretax amount before expenses are deducted, furthermore, the possibility that the overall share of commission may greatly deviate from agent to agent; it is actually not a lot of money been made by your typical real estate agent.

yep its the Harcourts, Barfoots, etc. etc. philosophy of " bums on seats" that ensures the owners are making the real money.

A left handed calathumpian with one eye and a lisp could have sold your house in the last thee months. Have sold my last three houses privately and all at well above $ per SQM of comparable sales at that time. #itsnotthathard

Oh dear does this mean we'll have to put up with more smug real-estate billboards from the likes of Lowe & Co plastered all over the city (and it's buses)? Humility is clearly a quality estate agents do not possess.

"Chances are we'll see you Sunday."

an alien beamed down from another planet

I do too. Arrogant with billboards to match.

All this is confirming, is our housing market is not stable, as in stable markets the housing churn is a lot lower.

Agents only make money when you sell, they don't care whether the market is going up or down, all they care about is turnover.

It costs about 5% of value when a house is sold, that is why in markets with little speculation ie low turnover s and a high number of long-term institutional investors, housing and rents are cheaper in part because this cost is not necessary.

So next time you ask an agent is now a good time to buy or sell? Of course it is, - for them.

I don't get the cynical comments, I say good on the agents, or anyone else, for doing well

Good to witness magnanimity here- a rare trait in this country indeed.

ditto. This site has some very articulate but jealous people who pull 'ethics' or some higher moral ground for criticizing those who have made money from real estate. Get over yourselves. My biggest regret is selling 2 rentals to get the family home freehold. I focused on the short-term and neglected the long game. To the whiners, work harder, get a 2nd job, forgo the brunch, designer sun-glasses, overseas holidays, alcohol, sky tv....Too hard. They expect to have it all alongside the 5 bedroom, 3 bathroom house.

Yes, there are some like that, but I think it is fairly balanced out by those on this site that would do anything to anyone as the law allowed, and then still even if the law didn't allow it, irrespective of the morality, and don't just want more, but want others to get less.

Any comment to the contrary, I will assume, 'methinks thouest protest too much.'

Many people can't distinguish between moral, ethical and legal. They have either never had a community compass or if they did their better angel was drowned out by their capitalism devil.

I've sold 2 of my own houses at above what any real estate agent said I would be able to. (First was sold by an agent).
Biggest effort and time commitment? Cleaning before the open homes... Which I would have had to do anyway if I'd had an agent.
Selling a house is shamefully easy and actually enjoyable when you get to interact personally with your buyers.
Real estate agents are crooks.

I thought there was no supply(?)