Activity in the Auckland CBD apartment market increases, but units in buildings with problems are selling at bargain basement prices

Activity in the Auckland CBD apartment market increases, but units in buildings with problems are selling at bargain basement prices 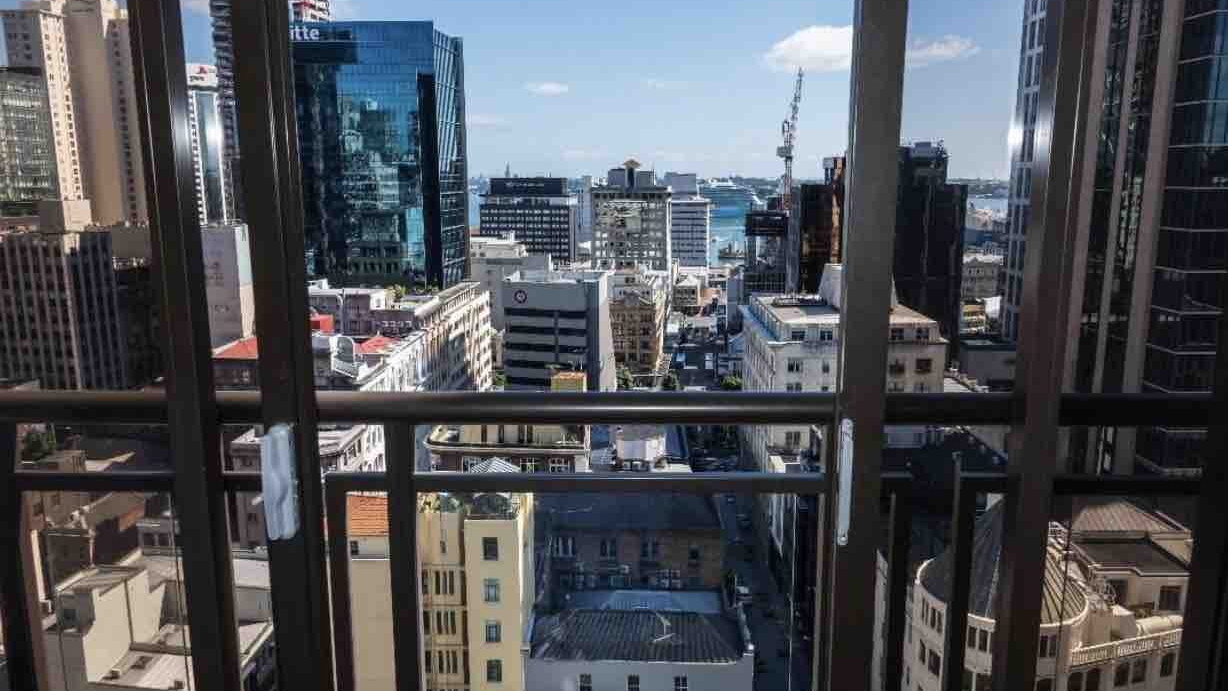 Activity is picking up again in central Auckland's apartment market although buyers remain fickle on price.

The sector has been hit hard by the reduction in overseas student numbers since the onset of the COVID-19 pandemic and that has flowed through into higher vacancy rates, lower rents and reduced prices, especially for the smaller shoebox apartments that are a mainstay of the CBD apartment market.

However buyers are still active and sales levels have recently perked up as vendors have started to become more realistic in their price expectations. However, it is still difficult to pick a trend or establish exactly where prices might settle.

That was evident at the latest auctions conducted by two of the biggest players in Auckland's apartment market, City Sales and Ray White City Apartments.

Two of the apartments that sold at the City Sales auction had remediation issues. One was in the Connaught building on Waterloo Quadrant near the High Court, and the other was in the Harbour City complex on Gore St.

Prices of apartments in both buildings have been under downward pressure due to their remediation issues.

Prices in the Harbour City building have been under even greater pressure and the 51 square metre, two bedroom unit with a rating valuation $440,000 offered last week, sold for just $50,000.

Also on offer at the same auction was a 91 square metre unit in the Scene One building on Beach Rd at the bottom of town.

It had two bedrooms, two bathrooms and a car park and was rented out at $650 a week. But it is on a leasehold title and had combined outgoings (rates, opex and ground rent) of $30,765 a year, equivalent to $591 a week.

The other apartment to sell at the same auction was a 47 square metre, two bedroom unit under management contract as part of a serviced apartment hotel in Hobson St. It had a rating valuation of $400,000, but sold under the hammer for $220,000 plus GST (if any).

At the Ray White City Apartments auction the following day two apartments in The Beaumont building opposite Victoria Park were offered.

The other was a 122 square metre, two bedroom unit with two car parks and a rating valuation of $1.12 million. Although there were multiple bidders for the property it was passed in with a top bid of $1 million.

Also sold under the hammer was a 76 square metre, two bedroom unit with two car parks in the Scene Three building on Beach Rd.

This was a leasehold property with total outgoings of $32,774 a year. After competitive bidding between two keen buyers it sold under the hammer for $80,000.

The third sale at the same auction was a unit in the Memphis building in Eden Terrace.

The 52 square metre unit had one bedroom and a car park and overlooked Basque Park.

Details of the individual properties offered at all of the auctions monitored by interest.co.nz , and the results achieved, are available on our Residential Auction Results page.

Many inner-city "shoebox" apartments are seriously flawed and, thus, as a whole they're tainted.

Be very cautious if you're buying. Definitely not a good bet for the faint-hearted.

Housing has allowed many Kiwis to live lavishly and boast in their hubris. Sitting atop capital gains and furnished with rental income - it seems many believe they are beyond meaningful financial hard times - as if they could never fall from their 'lofty' station-in-life.

Such people might fall victim to their own wishful thinking as the tide eventually always goes out.

We looked at investing in an Aukland apartment 6-9 months ago.
The gap between what the agents were telling us and the reality of what other sources were saying regarding future demand. expected rental levels, likely remedial work was so great we walked away.
I am sure there is money to be made but for the average ma & pa buyer there are a hell of a lot of fish hooks too.

Indeed Wilco, buying leasehold and /or in a building with remediation issues is only for professional investors with experience and who know how to do a very thorough and proper due diligence.

Yeah leasehold is a total nightmare. Terrible investment, with no control over ground rent hikes. Remediaton projects can be worthwhile. As you say due diligence is critical

Considering the extremely low quality (in international standards terms) of the overall building industry in NZ (and in particular the apartment building sector), investing in this area looks to me like a very high risk proposition.

Low standards of the overall building industry in NZ. Throw in, with the exception of very few, a complete lack of scruples and ditto for any policing and /or disciplining, and you have a leading contender for understatement of the year. Our family went through a rebuild courtesy of the Canterbury EQs. That experience was almost as bad as the preceding nightmare of battling EQC & the insurers.

Its the old No. 8 wire mentality. Everything built in NZ is shoddy and cheap and just thrown together. Just drive round any town and look at the condition of the houses. The roads are a mess and the rail travels at 20kph as the rails are substandard. NZ is the only country in the world who doesn't buy from China because its cheaper they buy from China because its better quality. The NZ economy is in serious trouble and personally I can not see how its going to get any better. What does NZ produce, Jacinda banned oil and gas, but buys it from countries with worse environmental production concerns, then burns more oil transporting it, theres not even tourists any more? Doomed.

A family member bought a CBD apartment last week. She is a FHB. A typical small apartment in a good location with security - almost 20 years old - totally refurbished. It looks like a good purchase - she swaps almost a 1 hour unpredictable drive on congested roads each morning for a highly predictable almost empty 20min bus ride. If she moves out the probable rent will equal her mortgage.

The CBD apartment market has changed:
1. The good tenants are harder to find - they now occupy the ex-AirBnB apartments.
2. The number of foreign students has dropped drastically
3. There are now apartment blocks with poorly selected WINZ tenants
4. The unexpected removal of interest as a tax expense has hit the investors hard - my estimate is an average $80,000 knocked off selling price but I'd be happy to have a more informed opinion.
5. New apartments in fringe suburbs (e.g. Northcote, Birkenhead, Glenfield) are selling at crazy high prices making the CBD look like a bargain.
These changes will lead to existing apartment blocks becoming either cheap hellish slums or owner-occupied well-managed, potential goldmines when those foreigners return.

As an Auckland CBD investor, my experience has been that the building you buy into has the biggest impact on a worry free investment. A good active bodycorp makes a big difference. An ordinary shoebox in a good building can be a great investment. The Conrad buildings have stood the test of time. Sub $400K, they will easily return 6-7% gross. And the students will be back soon, there's still plenty of upside. Risk is pretty low, rates are low, students can be a pain in the arse but overall I'm surprised more ppl aren't taking advantage

Agreed. Do I count as a CBD investor? We bought one apt 15 years ago and held on to it - very few worries, plenty of profit. You have to be in the right building with a good building manager and keep involved with the body corp. [And buy at the right price]

The main reason I would never buy an apartment is body corporate fees and uncertainty. Especially in Wellington. I remember after the last big EQs, fees went through the roof, and there are potentially big future costs with EQ strengthening over time as standards will continue rising. I remember a few years ago so very nice apartments were going for low amounts because of the high BC fees. Plus I want at least part of the Kiwi Dream, which is some garden, eve if it isn't a quarter acre section.