New houses cost less in Christchurch, but those costs are rising faster than in Auckland. On a per sq m basis, multi unit housing costs even more. Moving to the outskirts saves 10%

New houses cost less in Christchurch, but those costs are rising faster than in Auckland. On a per sq m basis, multi unit housing costs even more. Moving to the outskirts saves 10% 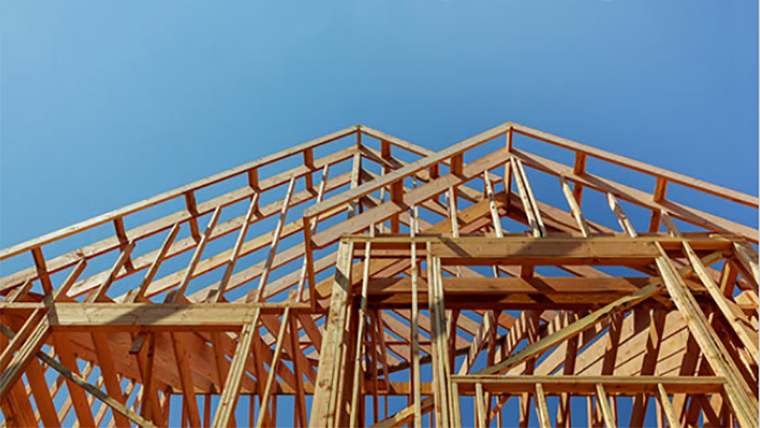 Residential building activity remains very strong around the country, even as migration inflows show no signs of returning.

Building consent levels suggest this activity will continue for some time.

Aggressive new building has been a feature in Christchurch ever since the 2010/2011 earthquakes required large parts of the city to be abandoned and rebuilt further inland. This rebuild activity kept new supply ahead of population growth and as a consequence house price growth lagged almost all other major urban centers.

New data supplied by Blackburn Management is allowing us to see how building costs have risen in Christchurch over the past five years - and the short answer is, these costs are not especially restrained in the Garden City, and little different from all the other major centers.

Overall, consent costs have risen from about $1825/m2 in January 2018 to $2050/m2 by April 2021 for a full new house. That is average growth of +3.8% pa. Actually, that is faster than in Auckland, where new build consent values rose only +2.8% pa in the same period, to now at $2324/m2 and +13% higher than Christchurch. (And remember, consent values do not include land of course.) The following chart is a weighted result for the data from each of the three local authorities.

The further from the City centre, the lower the costs, presumable because simpler starter homes area larger proportion of all new-builds.

Here is the same track for the Selwyn District Council.

And here is the equivalent data for the Waimakariri District Council.

For Christchurch City itself, the new-build consent values are much higher for stand-alone houses.

Intensive multi-unit dwellings are mostly being built in the Christchurch city center environs, and there is a very wide range of types involved, from the high-cost up-market developments, retirement communities of all sorts, to much more modest affordable housing developments. Typically, smaller sized dwellings come with higher costs per m2.

This multi-unit set is excluded from the first four charts above.

Every building related trade I have visited recently has a notice in the front window Re price increases on 1st July. That includes places like ITM for all timber and also the likes of Anzor for anything stainless steel. It must be across the board so the price of new builds is going to skyrocket at least 20% by the time you factor this in and builders and developers add their fixed margin on top of that. House prices are only going to go one way and that is UP. This will have a flow on effect so expect house prices to increase another 20% by Christmas. Its time the CPI inflation figures represented what's actually happening on the ground. Inflation is officially now totally out of control.

Hope so, means what I've nearly finished will make me even more, gravey train baby

"The further from the City centre, the lower the costs, presumable because simpler starter homes are a larger proportion of all new-builds"

Hi David, I'm not sure that's the reason, houses in the city are generally smaller than houses in the outer suburbs which are often quite large, this makes the cost per m2 cheaper for the large home. For example the cost for a kitchen is in the plumbing and the fittings, a kitchen twice the size does not cost twice the price. (I had my Architectural practice in Chch for 18 years)

Except as an example , north east of Rangiora there is a large development consisting virtually of modest bungalow types shoehorned like a tin of sardines. This is an urban feature transposed to a rural setting. Sections offer little family, children activity space. Suspect your architectural expertise would be rather indignant about it all. Shouldn’t happen when there is space to burn. Families, children benefit from having some room to breathe and space for leisure.

God what did you expect ? Some sort of Central Park like they have in the middle of New York for the kids to enjoy ? Don't have space to put that in Rangiora Bro. Planners have no clue in NZ. I see new subdivisions going in that the roads are to narrow, the access to the subdivision is poor or one way in and out coupled with no off street parking when we know that half will be rentals packed to capacity with each bedroom needing a car parking space.

You cannot afford to build a new stand alone house in established parts of Christchurch as the prices for sections have gone through the roof. Two sections in Woolston went for $1.5M this week, most sections I'm seeing advertised in the NW area are now selling for over $1M. Any house on land capable of being subdivided is selling for at least double its CV. All these sections are being bought by developers who then build 5-10 townhouses on them. People who want a section to build a single standard home have no chance of competing. The only new homes being built are on the outskirts in new land subdivisions or in Selwyn/Waimak.

I think this cost redistribution will continue until they even out between AKL, WLG & CHC.

Sorry I disagree CWBW, Auckland will always be more expensive, it's the city where most work is, most international travel occurs (borders will re-open), it's warmer, more cosmopolitan. There is a clear world wide trend of more people migrating towards bigger cities. (note, I'm not casting a judgement wether this is right or not, I'm simply saying it is so)