Better quality apartments in central Auckland haven't suffered the big price falls of their shoe-boxy cousins, but they generally haven't had big capital gains either

Better quality apartments in central Auckland haven't suffered the big price falls of their shoe-boxy cousins, but they generally haven't had big capital gains either 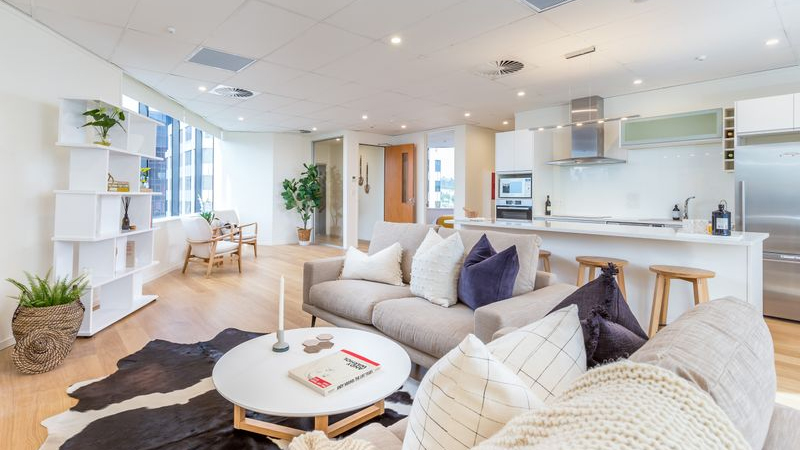 The price boom that has swept across the general housing market over the last 12 months appears to have largely bypassed the better quality apartments in central Auckland popular with owner-occupiers.

There is no doubt that the market for the tiny inner city apartments often referred to as shoeboxes has been hammered by the lack of international students due to pandemic-related border restrictions.

And prices for units in leasehold buildings and those with weathertightness or other structural issues have also been severely marked down in recent times, with some selling for just a fraction of their original purchase price.

However there's another part of the market that receives less attention - the larger, more desirable apartments in buildings with no known structural issues, that are as likely to appeal to owner-occupiers as they are to investors.

The latest auction results suggest that while prices for these types of apartments haven't suffered the dramatic declines of their shoe-boxy cousins, they haven't enjoyed the big price gains that have characterised the general housing market over the last year or so, with many selling for around or below their 2017 rating valuations.

Several such properties were offered at the latest Ray White City Apartments auction. While they received a reasonable amount of buyer interest, the prices achieved were flat at best.

They included a three bedroom, two bathroom apartment with a car park covering an entire floor of the building at 71 Symonds Street, just down from the Cordis Hotel (formerly the Langham).

There were no bids for the property but the auctioneer said a pre-auction offer of $1.2 million, subject to what was described as a very minor condition, had been accepted, making it likely that it would be sold at that price.

That would give a capital loss to the vendor of $50,000 and selling expenses would be on top of that.

Another upmarket unit was offered in the Union Green complex on the CBD fringe in Union St.

Built over two levels, it has a floor area of 83 square metres, with two bedrooms, two bathrooms and two car parks, plus a balcony and small courtyard.

There was only one bid for the property, at $1 million, and it was passed in for sale by negotiation.

Also on offer was a more modest two bedroom unit with a car park in the De Rohe building on Flower St in Eden Terrace.

It sold under the hammer for $530,500, giving its vendor a capital gain of $34,300 after almost four years of ownership, less selling expenses.

Other sales at the same auction included a 40 square metre, two bedroom apartment in the Altitude building on Kingston St, opposite the Heritage Hotel, and a 38 square metre studio in the Heritage Tower on Nelson St, with both likely to appeal more to investors than owner-occupiers.

Overall, recent prices suggest that the better quality apartments in central Auckland are more or less holding their value, but generally aren't achieving the big price gains that have been apparent for many other types of properties.

Details of the individual properties offered at all of the auctions monitored by interest.co.nz, and the results achieved, are available on our Residential Auction Results page.

Yes, excellent article.
The unitary plan and development potential of houses has certainly increased their values to buyers. However, apartments do not have that potential. Also, many body corporate committees think by having high levies, buyers will think the buildings are "well managed" but higher levies deter some buyers and the less buyers at an auction the less likely the bids get higher. Plus the government changes for investors in the last few months seem to have taken much of the interest away from apartments too.

That's what shelter is all, about isn't it? Capital gain.

My daughter has a freehold approx 50m2, 1 BR, nice views, well managed, Grafton apartment with two underground carparks (plus a storage room) that she paid $520k for 2.2 years ago. The same size apt one floor below with less view and one carpark sold recently for $620k and recent sales of the 2 BR apts in the building have seen the same % increases. Quality apts are seeing reasonable price rises in Grafton in the Akld hospital area.