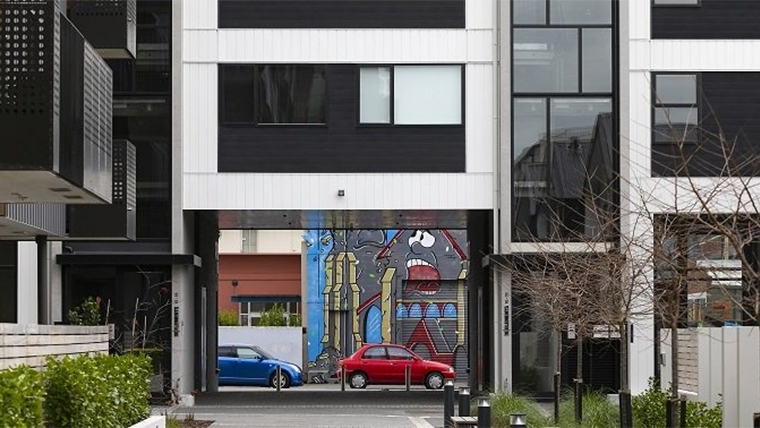 Dwelling consent level for May will be released tomorrow (July 1) and are likely to remain at strong levels.

New data supplied by Blackburn Management is allowing us to see how consent levels have risen in the greater Christchurch urban area earlier than the official release from Statistics NZ.

For the Christchurch City TLA, May will show there were 297 dwellings consented, taking the running three month total to 918 and +15% higher than the equivalent period in 2020, and +65% more than 2019.

Christchurch City is however the only one with significant multi-unit development activity. And that is showing a consistent trend of overall smaller units being developed as the number being developed stays high. 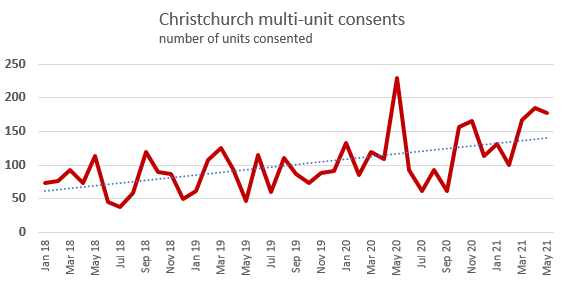 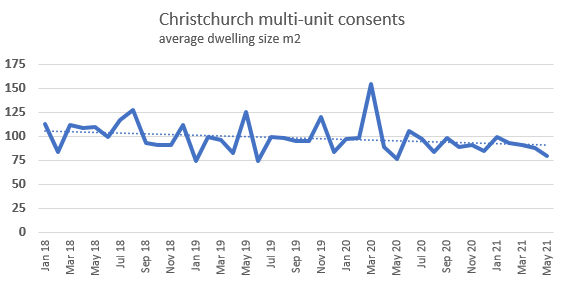 These averages are actually quite large compared with similar residences being developed in multi-unit developments in Wellington or Auckland. But it is clear they are 'reverting to the mean' in Christchurch as well as the volumes rise.

Keen to know if this drop in size/utility has come with a consummate drop in price. I can hazard a guess at how likely that is though.

80 square metres isn't particularly small - my house in the UK is a little smaller than that for a two bed two floor semi-detached house, bathroom + downstairs toilet. Perfectly fine for a couple or small family.

I agree, I lived with my wife and 2 kids in a ~85 m^2 apartment and it was fine. Before we had the kids it was unnecessarily large, we didn't really know what to do with the spare room.

Agreed of adequate internal dimensions but what needs to be adequate as well is the aesthetics. Privacy and noise, especially through the walls, TV, music, arguments, rattling plumbing, doors slamming and on and on. But familiar too, in younger days with those old two up two down similar sized terraces in UK. You could unfortunately at times, hear a cough or worse from three doors down. Didn’t seem to matter then so much I suppose.

Your ideal scenario being we keep sprawling to outer suburbs and spend more hours each day travelling in even smaller metal boxes to and from work etc., eh?

Tough choice but it is a choice. Plenty live outside the city and commute. However with NZTA admitting to a Select Committee they're deliberately creating queues its not going to get better.

Not a big problem with intensification however the infrastructure shortfalls still exist in fact they get worse with higher densities. Hospitals schools water and waste won't cope they don't cope now.

After all with any dwelling construction its all about the developers profits.

Or we could manage the imported demand for housing, so we're not stuck with this Sophie's Choice in the absence of capable urban planning.

A world where we pay quarter acre prices for 80sqm apartments (and in Auckland's case, still miles from the central city) is not the argument-winner that some people seem to think it is.

There is a lot of very poor quality medium density being built in CHCH, in fact, most of the medium density in NZ is of low quality in regard to energy efficiency, acoustics etc.