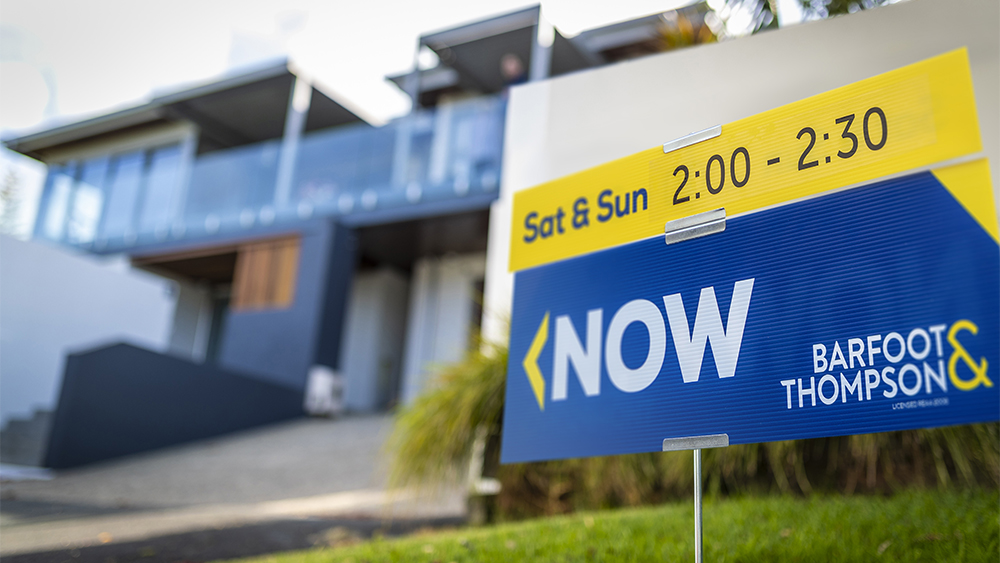 Barfoot & Thompson's sales were well down in August, but not nearly as much as during the Level 4 lockdown in April last year.

However August's sales were still almost as high as they were in August last year when 1055 properties were sold, and they were well above the 552 that were sold in April last year during the first pandemic lockdown.

The number of new listings the agency received also took a hit, but not nearly as much as might have been expected, dropping from 1349 in July to 1258 in August (-7%).

That was a significant improvement on April last year when just 239 new listings were received.

The figures suggest the impact of the Level 4 lockdown on the real estate market will be considerably less than it was during the first lockdown last year.

"A major reason for this is the systems and procedures the industry and other professions such as banking and legal have put in place to enable trading to carry on," he said.

Since the first lockdown last year online real estate auctions have become routine and many agencies have also invested in technology to allow virtual viewings of properties, which has helped to minimise the impact of the latest lockdown.

The figures also suggest the real estate market will recover quickly as restrictions are eased, which should coincide with the usual spring lift in activity.

It will not only hold but will rise from one high to another.

Why is this a headline.

Not even lack of migration.

NZ house prices are increasing - on a sustainable long-term trajectory.

That's what the Labour Govt wants - as recently stated by Hon Grant Robinson, Minister of Finance.

John Key and Bill English were very much of the same mind - so what's new?

Laughing all the way OUT of the bank with profits

Don't be silly TTP, they are "Transitionary" just like inflation, just see through it my friend its as clear as mud.