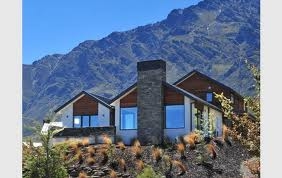 Auditor-General Lyn Provost says her office will carry out an inquiry into the investment by Dunedin City Council subsidiary Delta Utility Services into residential property developments in central Otago.

Delta bought a 50% interest in a joint venture for residential property development at Luggate near Wanaka in 2008 for NZ$5.3 million and acquired 9.4 hectares of land at Jacks Point Queenstown, for the same purpose, in 2009 for NZ$8.82 million, giving a combined outlay of $14.12 million of ratepayers' money.

Delta had not previously been involved in property development, but the company expected to expand its core business activities in the Central Otago region by providing infrastructure services as the land was being developed, Provost says. However, after weaker demand for the residential sections than Delta expected, this year it slashed the pre-tax value of the land in its financial statements by NZ$7.5 million.

Consequently Dunedin City Council Mayor Dave Cull wrote to Provost in October asking for an investigation into Delta’s decisions to invest in the residential developments. Delta is asset manager to Dunedin electricity network company Aurora and is responsible for the distribution of electricity in Dunedin and Central Otago.

Provost says the inquiry will examine:

How and why Delta made decisions to acquire an interest in the joint venture at Luggate and to purchase the land at Jacks Point, including its consideration of risks;
Compliance with legislation, including the Local Government Act 2002 and Companies Act 1993;
The identification and management of any conflicts of interests;
Any consultation with or involvement by Dunedin City Council in the transactions; and
Any other matters the Auditor-General considers it desirable to report on.

She says her office won't comment while the inquiry is under way, but will publish a report when it is completed.

Under the Public Audit Act 2001, the Auditor-General is responsible for annual audits, performance audits, and inquiries into how public entities use their resources. The Auditor-General is an Officer of Parliament and is independent of the central and local government entities it audits and is responsible for determining the nature and scope of any inquiry undertaken. Provost says "relatively contained" inquiries usually take two to three months and larger and more complex inquiries can take six to 12 months. See more at the Auditor-General's website here.

In its annual report Delta says it has decided to exit development property ownership and will seek to conclude sales as market conditions allow.

By 2008, both developments were obviously on the skids.

MELBOURNE (Standard & Poor's) Nov.21, 2012—Standard & Poor’s Ratings Services’ said today that it has revised its outlook on New Zealand’s Dunedin City Council (Dunedin) to negative, from stable. At the same time, the 'AA/A-1+' issuer credit ratings on Dunedin were affirmed. The outlook on Dunedin City Treasury Ltd. was also revised to negative, and the issuer credit ratings were affirmed at 'AA/A-1+'.

“The negative outlook reflects our view that there is a one-in-three chance of a downgrade in the coming two years,” said credit analyst Anthony Walker. “This is based on our view that Dunedin may not achieve its financial targets outlined in its Long-Term Plan, with its after-capital account deficits not improving as quickly as forecast. If this scenario were to materialize, we consider that Dunedin would have limited budgetary flexibility to improve its financial position without deferring asset renewals, which may lead to future infrastructure backlogs.”

Further downward pressure could be placed on the ratings depending on the Auditor General’s investigation into the management of Dunedin’s council-controlled trading organization (CCTO)--Delta Utility Services--which may weaken our assessment of Dunedin’s management of CCTOs; or if there was a change in policy direction such as the introduction of a hard rates cap, or a revised capital-expenditure program without an offsetting increase in revenue which would result in Dunedin’s after-capital account deficits not improving as forecast.

“The ratings could be revised to stable if the council’s budgetary performance strengthens as it forecasts, specifically if the council achieves after-capital account deficits of about 2% of consolidated operating revenues in 2014 and beyond, while maintaining its current budgetary flexibility, and a stable political setting,” said Mr. Walker.

Must check to see if the nation are to collectively pay the Otago Rugby Union's forgiven debts with new debt underwritten by LGFA.

I love paying for these stadiums, especially so since Mr Key said $700 million would flow into the economy along with RWC - seems as though it was nobbled along the way and syphoned off to Swiss bank accounts and the debts left for New Zealand rate payers to settle.