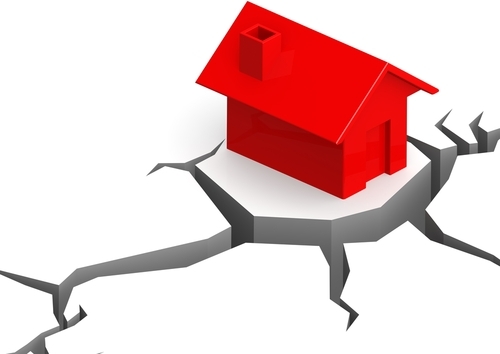 Owners of buildings deemed to be earthquake risks will get five more years than originally proposed to fix them under new plans announced by the Government.

The bad news though is that owners already given a timeframe under existing rules for strengthening their buildings will have to abide by those timeframes.

But slightly better news is that the Government is considering the issue of "financial incentives" for those having to strengthen buildings.

Building and Construction Minister Maurice Williamson said the total timeframe for strengthening work would be 20 years - that's five years for identification of problem buildings and 15 years to have them fixed. But heritage buildings will have longer timeframes still.

Explaining the reason for giving a longer timeframe than originally intended, Williamson said the "overwhelming sentiment" from submitters on the proposals was that 15 years was too short.

He said, however, that under the new plan,  earthquake-prone buildings will overall be dealt with eight years faster than the current average of 28 years.

"Under a nationally consistent system, an estimated 15,000 to 25,000 earthquake-prone buildings will be identified through assessments within five years of legislation taking effect," Williamson said.

"Those building owners will then have another 15 years to carry out strengthening work or have buildings demolished.  The timeframe is five years longer than initially proposed."

But there would be extensions of up to 10 years from the national timeframe for strengthening for owners of earthquake-prone Category 1 heritage buildings and those on the proposed National Historic Landmarks List.  There will also be exemptions available for buildings where the impact of failure is low, such as farm outbuildings and some rural halls and churches.

"Owners who’ve already had a seismic assessment under the current regime and been given less than 15 years to do strengthening will have to work to the timeframe they’ve been given.

"The current strengthening requirements for earthquake-prone buildings will not change.  Owners will still have to strengthen to 34 per cent of the new building standard (NBS)."

A public register of earthquake-prone buildings would be created by the Ministry of Business, Innovation and Employment.

Williamson said central government would now have a greater role in providing leadership and direction in relation to earthquake-prone buildings.

"The revamped system strikes a balance between protecting people from harm in an earthquake, and managing the costs of strengthening or removing buildings.  It takes into account the views of 535 submissions made and feedback from public meetings.

"The issue of financial incentives was raised during consultation and the Government has agreed to look at the issue in further detail in the coming months," Williamson said.

But slightly better news is that the Government is considering the issue of "financial incentives" for those having to strengthen buildings.- not much use to me, I have vowed never to enter the Wellington CBD precinct again - will I be eligible for a tax break along with others up and down the country threatening the same?

Life is a lottery in which we all have tickets - never know tomorrow our number might come up. Shame to miss out on seeing your favourite MP's face to face on Lambton Quay, tax break or not.

wellington probably has the smallest proportion of earthquake prone buildings in the country. Since 1930s earthquake risk in wellington was considered.  Other cities had no consideration given to earthquake design until 1960s; so very high proportion of cdb buildings are likely to be earthquake prone.  Wellington faults, geology, is the best known in the country, and has already assessed most pre 1970s buildings (started doing this in 2006 i think),  other cities likely to have just started the process and getting a rude wake up call.  Better the devil you know I recon...

Nope - Christchurch already well down the path; probably leading the country. Oh that's right: our earthquake-prone builidings have either already fallen down or been demolished.

185 deaths and no lessons learned apparently. Almost all of the deaths that occurred in the February 22 earthquake in Christchurch happened because building owners and Christchurch City Council allowed re-occupation of buildings after the 2010 earthquake that had not been properly checked for earthquake risk. No-one died in the 7.1 magnitude earthquake they died in an "aftershock" after buildings had already been stressed.

I accept that this is a practical policy but the government should be honest: we are playing the pokies with peoples' lives at stake. GNS has told us that we can expect a series of large earthquakes over the next twenty years or so. It is almost certain someone will be injured or killed during that time and it's only a question of where and when.

A lettle context re Chch.

Outside these two, very few deaths were due to wholesale re-occuptaion of buildings.  Many of the remaining ndeaths were insecure parapets toppling (and a look upwards in any provincial town shows a lotta these), and URM with old/decayed/lime/no mortar.

Two buildings, 150 or so people, out of a total commercial area which held upwards of 30K people and 1000 buildings.

Date, rather than Generalisations.

Wamakariri DC suddenly closed all sorts of buildings in Rangiora High St after the Royal Commission highlighted that CCC didn't shut down the vulnerable buildings that subsequently killed people. Half of those portable fences didn't appear until after those parapets had killed all those people. The first assessment of CTV Building was for deformation against mid-80's building permit not against current standards. The data was in the Royal Commission's findings not my generalisations.

I stand by my point that a conservative approach after September quake would have preserved almost all the lives lost in February quake. CCC (and WDC) had the powers and chose to use them only after people had died.

And when we say it's OK to take 20 years to patch up old buildings in the rest of NZ we are also saying its OK to gamble with peoples' lives. I accept it's not practical to check and upgrade every building at once but let's not kid ourselves that it is a safe approach either.

Kumbel: what do you mean - "you accept it's not practical to check every building"

How many buildings need to be checked?
How many engineers do you need?

Surely, if there are not enough engineers in-country then surely there is a bunch of specialist engineers sitting in San-Francisco and Chile who could be got down here pronto and get in and do the job - for goodness sake.

If, as a nation we believed that preserving life was our first priority as opposed to scoring GDP points then we would do exactly that. There was one reason and only one reason CCC and WDC didn't close down city and town centers after the September quake: fear of being criticized for being anti-business. The only reason we will take twenty years to fix up our old buildings is that we would rather make money than look after our fellow human beings.

The buildings that collapsed actually did the one job we asked of them: they held together during a major (mag 7+) quake. That we let them be reoccupied and/or approached afterwards with woefully inadequate assessment is to our eternal shame.

Eric Crampton makes more sense than me while traversing similar ground.  Sums up, as only a professional economist could, why this is not a great policy and why people outside Christchurch should be more worried than they seem to be. Unlike me he has a sensible proposal for what we should be doing about earthquake prone buildings.

Interesting theory - but it doesn't answer my question - which really was - "how long does it take an engineer to inspect a building in an EQ risk area?

To follow his propositions through on an entirely different tack
Imagine all motor vehicles "must" have an e-tag installed connected to red-lights on front and rear bumpers of the car. The e-tags are loaded with the annual registration fee and warrant-of-fitness status and insurance paid status of the vehicle. If at any time the status is expired or non-operational then the danger-lights on the vehicle "flash" continuously. By default the lights are set to flash unless the electronics of the e-tag are connected and not interfered with. When the out-of-status vehicle passes a Traffic Control Station (motorway or main intersection) a siren alert sounds and off the traffic patrol people dash.

If at any time the status of the e-tag is not within the operational parameters, the owner-driver has 5 years to rectify said status.

Absolutely agree. Blatantly active areas like Wellington/Marlborough should have a much shorter deadline. This situation parallels today's other "innovation": regular environmental reporting. As the Environmental Sciences academic interviewed today said " We are the last in the OECD to implement such reporting because we don't want to know the true state of affairs." It took China shaming us for the government to finally move. I would have thought the experience of Christchurch would have shamed us into moving much faster on assessing exactly how dangerous our buildings are. But living in denial seems to have become a national pastime.