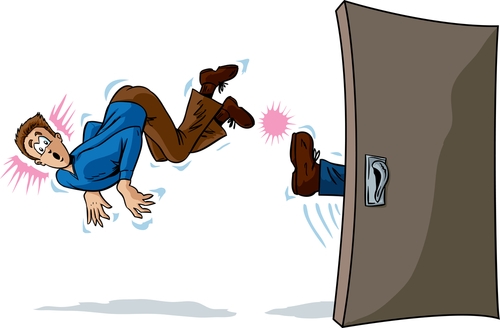 Housing Minister Nick Smith is trumpeting being able to boot out large numbers of state house tenants due to fraud.

Smith said a change in Government policy since 2008 had resulted in 1000 state houses subsequently being "freed up" due to their tenants being booted out for fraudulent activity.

Most of the evictions in the latest year (113) were in east and south Auckland while there were 73 cases in Northland, northwest and central Auckland, 58 in Wellington, Manawatu and Hawkes Bay, 21 in Waikato, Bay of Plenty, East Coast and Taranaki and 27 cases in the southern regions.

"The work by Housing New Zealand investigators resulted in 129 criminal convictions and the identification of $11 million of rent subsidies tenants were not entitled to."

However, there's no information available as to how much of that $11 million Housing NZ has actually managed to get back.

Information provided by the minister in the way of "regional fraud case studies" shows that some of the fraud is inventive in nature and for impressive amounts.

For example there's the case of the tenant in Christchurch who started work some 16 years ago under a different name to that used for the state house and proceeded to not declare any of their income. A "crown debt" of $123,500 was established "to recover the income related rent subsidies they received that they were not entitled to".

There's no indication how much if any of the money has been recovered to date.

Then there's the delightfully tangled case study of the sole tenant in Invercargill who married their partner. The partner moved into the address and both commenced work without telling Housing NZ. Both then moved to a property in another town - and proceeded to sublet the state house to a relative.

"The tenancy was terminated, a crown debt of $37,500 was established and 14 criminal fraud charges were initiated," Housing NZ said.

In terms of penalties for the 129 fraud convictions obtained in the past year, there were four prison sentences dealt out and other sentences including home detention, community detention and community work. In addition to the convictions there are 82 cases still outstanding.

The most common type of fraud detected  - which accounted for about half of the cases - was an "undeclared partner", followed by undeclared income, by subletting and with a much smaller number of other reasons.

“While the vast majority of Housing New Zealand’s 62,000 tenancies on income-related rent are in legitimate need of housing, a small minority are rorting the system," Smith said.

"I make no apologies for the hard line taken to make sure state housing is freed up for those who actually need it," Smith said.

Some 22% of investigations result in no further action because of honest misunderstanding or mistake, insufficient information to prove dishonesty, or other exceptional circumstances that negated what appeared fraudulent.

Another problem that crops up with state houses is the use of the home for criminal activities such as drug manufacturing.

Smith said Housing NZ had a "zero tolerance" approach to state houses being used to manufacture and supply drugs.

"Four houses were used as meth labs in the 2012/13 year, as compared to seven in the previous year," Smith said.

"It is an appalling breach of faith for tenants, generously provided with a home by other taxpayers, to then use that home to manufacture and peddle drugs. I am hopeful that the decline in the number of state houses being used as drug houses is a sign that the message of zero tolerance is getting through."

Smith said that housing support fraud would become more difficult with the Government’s social housing reforms that bring together the administration of financial support for housing and welfare.

"Many of the people defrauding Housing New Zealand were also committing benefit fraud and it makes sense for both sorts of financial assistance to be considered together," Smith said.

Any comments from the Greenlabour party ?

Its time to reform the entire Social Security system .

We really need to have a system of Social Security Numbers linked to the TAX AUTHORITY like in the US  ,and here it could simply be your IRD number .

1) Why are HNZ rents not recoverd through the  IRD as a deduction  ?

Its tragic how Housing New Zealand does not have access to  the IRD files to check what people are earning.  Then when you start earning , you are given 6 months to get on your feet and find a proper rental .

Rent due to the state can be deducted along with PAYE , etc

2) Is this the entire psotion , or is it the tip of the iceberg ?

3) Why not Commercialise HNZ into a State Owned Enterprise and employ property managers on commercial lines ?

4) Are they going to be prosecuted ?

As it is $11,000,000.00 in non-entiutlements has been acknowledged as having been fraudulently accessed by what can only be described as thieves

There are 55,000 houses managed by HNZ , implying 2% of accupants are cheating this unbelevieably generous welfare system.

Boatman says "We need a system of Social Security Numbers linked to the TAX AUTHORITY like in the US, and here it could simply be your IRD number"

The Austalian authorities have it buttoned down pretty tight. They use computerised data matching between Centrelink (WINZ) and ATO (IRD) and Customs and State Revenue Offices (SRO).

The customs interface is used to pick up welfare beneficiaries who take overseas holidays, or leave the country. Welfare is suspended automatically. The State Revenue Office is the real fish-hook on the end of the line. The SRO is the State taxing authority for collecting Land Taxes plus administerng First Home Owner Grants. They have a register of all land holdings. So any welfare beneficiary who is receiving welfare at one address but owns a property at another address they are assumed to own a rental property, and if it is negatively geared and they are claiming interest deductions in their ATO tax return, the interest paid is added back and disallowed as a deduction for the purpose of assessing their Centrelink-WINZ entitlements. But it is still allowed for ATO tax purposes. But not WINZ

You better believe it. I know one sickness-disability beneficiary who has been to England, Ireland and New Zealand in just the past year. Does not own property. Does house sitting for friends (and others) most of the year, then every year or so blasts off.