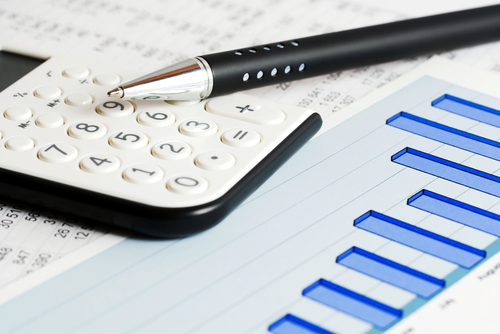 The Government’s developing a new level of bureaucracy – at an as-yet undetermined cost - to deal with the thorny issue of the charges local councils apply to people developing sections.

Local Government Minister Chris Tremain and Housing Minister Nick Smith announced last month that they were “going to narrow the charges councils can put on new sections, provide an independent objections process and encourage direct provision of necessary infrastructure to get costs down”.

The changes applying to the so-called "development contributions" are going to be put into a Local Government Reform Bill to be introduced later this year.

Development contributions are charges levied by local authorities on developers to go toward the costs of infrastructure that may be required to service those developments.

But it is fair to say the contributions have become extremely unpopular.

The Government says they’ve trebled nationally over the past decade and gone up more than any other component cost of a new house.

Nick Smith said “this huge increase” could be attributed to the local government law change in 2002 that “gave councils carte blanche to charge whatever they liked and removed any check or appeal on these charges”.

However, the media announcement from the two Cabinet Ministers last month made only passing reference to arguably the biggest feature of the new proposals, the creation of a new "objections" process. Details of this are contained in the 25-page cabinet paper that Tremain did release alongside the media statement.

According to the Cabinet paper in 2011 local authorities took in $142 million in development contributions – but this amount is projected to climb to $418 million by 2022, with most of it to go toward roading, water and wastewater infrastructure.

The cabinet paper says a part of the new objections process will be the appointment of an unspecified number of “development contributions commissioners”.

“I expect that a number of issues relating to the detail of how the objection process will function and the powers of the development contribution commissioners, including level of fees chargeable, will be raised during the drafting of the Bill.

“I am therefore seeking the agreement of Cabinet to make decisions, in consultation with the Minister of Housing and the Minister for the Environment, on matters that arise during the drafting of the Bill, provided that the decisions still accord with the overall policy direction.”

The details of how the register will be established and maintained, including funding, "will be confirmed with the relevant department", the Cabinet paper says.

Anybody dissatisfied with the outcome of this “reconsideration” can lodge an objection with the territorial authority – with this objection to be then heard by the “development contribution commissioner”.

But apparently those objecting to a contribution levy can actually go directly to the objections process without seeking a reconsideration first.

Their decisions would be binding. As well, the commissioners would be given legal protection “against actions arising out of any acts or omissions made in good faith”.

“There will be costs to territorial authorities in administering the objections process," Tremain said.

"I propose that section 150 of the Local Government Act 2002 be amended to allow territorial authorities to set fees and charges to recover the actual and reasonable administration costs, including the costs of engaging commissioners, associated with the objection process.

"Although the fees and charges will be a cost on those who object, such costs will encourage potential objectors to consider whether their concerns can be resolved informally before lodging an objection," he says.

Tremain is packaging the reforms in six areas, with changes to be made to the Local Government Act. Apart from the creation of the objections process and development contributions commissioners, the other five areas of reform include:

No sewer or water?

This is not good. While I defend the principle of DC's this has every appearance of buccaneering.

It just occurs to me that a simple reform would be to make these payments GST exempt. DC's are a capital injection that will end ultimately in a balance sheet line item called Ratepayers Equity - so no different to taking up a share offer in a private company. Let's make the tax treatment similar.

Should be similar to stormwater so another $4-5k each.

You may not have to pay a DC to Watercare depending on their mechanism for funding growth. Because they don't operate in the same straitjacket as their owners they may just borrow the money as they need it and jack their prices up to cover it. Or they may be deliberately charging excess now to build up a kitty (cf. Transpower).

It all seems pretty fair to me.  7k per site, I'm surprised its that low.  At about1% of the average Auckland house price it can hardly be the cause of high house prices!

The Left Honourable President-for-life of the Union of Local Gubmint Drones, Larry Fool, has slammed the introduction of Commissioners for the oversight of Development and other contributions.

"Since time immerorial - well, actually, since that lovely Sandra Lee handed TLA's the power to make charges up for 'social and cultural wellbeing' and other chimerae, back in 2002, but I digress - Local Gubmint has proved a marvellous steward of the ratepayers money.  We've provided wonderful festivals and entertainments, had a busker on most street corners, and provided Art in every Council-owned chunka dirt that's possible. We've brought happiness and contentment to many lives.

And now this heartless, heedless Gubmint is gonna bring this marvellous outpouring of human creativity to a crashing halt.

And the best part about the Development Contributions which funded quite a lot of thi smerriment is that Ratepayers didn;t Pay for it!  Greedy developers did!  "

When your intrepid reporter pointed out to the Fool, that DC's are a cost component of either homes (if residential), businesses (if commercial) or industry (if - er - Industrial), and that therefore by the simple notion of Cost-Plus Pricing, the homeowners are gonna pay anyway via increased housing costs, increased commerical prices or less industrial jobs, he waved his arms airly.

Your scribe reminded him that there was actually a question implicit in our last exchange.

He narrowed his eyes and answered slowly.

"Well, put it like this.  Try and find a Source and Application of Funds statement in our voluminous Financials, which clearly sets out in one place, who pays DC's, and how they are used.  There's yer Answer!.

Now, must be off.  For some completely unconnected reason, I seem to have a whole pile of Subdivisions to assess for Contributions-that-definitely-aren't-Rates-oh-no-never.