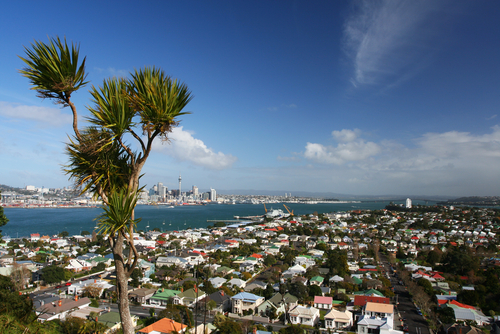 The owner of Auckland apartment specialist real estate firm City Sales is promoting a new venture seeking up to $7.5 million from the public to buy 10 Auckland houses as an investment, with an aimed for gross (pre-tax) return of an annualised 8.4% after the scheme is terminated in 11 years.

Martin Dunn has been contemplating the idea of an investment vehicle buying Auckland houses since at least 2009, according to media reports.

But now he has produced a prospectus for a company called Dunn Housing Fund No1, seeking up to $7.5 million. Dunn is the sole director.

The offer opens on February 17 and will close on May 30 unless its fully subscribed earlier. The minimum amount the company will accept is $4 million.

Dunn has previously created a website for Dunn Funds, which will be the management company of the housing investment vehicle.

The shares will cost $1 each, they won't be listed on the sharemarket (the company concedes the shares are therefore likely to be illiquid), and investors must apply for a minimum of $25,000 worth.

The plan is to buy 10 houses - with at least three bedrooms being the targeted size - in the "supercity" area, probably within six months of the issue being conducted.

In terms of the properties to be bought, for which there won't be independent valuations undertaken, as the company says this would add to the expense, these are the parameters the company is looking at:

These houses will then be held for 11 years, at which time they will be sold and the money distributed. It is from this that the targeted ultimate gross return equating to 8.4% a year on initial investment is intended to be raised. It is not planned to buy and sell properties during the 11 year period. The company is not permitted to sell any of the properties within that time unless the solvency of the company is at risk or where the rental returns of a property are materially adversely affected.

During the term of the investment those holding shares will be paid dividends out of the rental received on the properties. In the first full year after the issue this is intended to provide a return of 0.85% on investment, followed by 1.19% in the second year and increasing annually by 0.1% thereafter.

These figures indicate that achieving capital growth for the properties will be hugely important in investors achieving the ultimate targeted gross returns.

And the prospectus offers numerous caveats and cautionary notes to the effect that there is no guarantee the intended returns can be achieved. Indeed the prospectus is very short on what might be termed promotional talk, with risks rather than returns being given by far the most attention.

It's aimed that the properties, which will be managed by Dunn Funds with tenancy services to be provided by City Sales, will attract a yield of 3.91% per annum of the total purchase price. The rental income growth is projected to be 5% per annum.

The projected financial figures in the prospectus have been worked out on the basis of the offer attracting $7 million worth of investment.

In terms of fees, Dunn Funds gets an "acquisition fee" (relating to acquisition of the 10 properties) of 3% of the gross purchase price, plus GST. This has been calculated as $241,500 in the financial projections. Before this there is an "application fee" relating to issue expenses valued at $80,500.

Dunn Funds also gets an annual management fee of 0.5% of the gross asset value of the company, plus GST, payable monthly in arrears.

Then there is a "termination fee" upon the ending of the scheme, which is set at 2% of the current gross asset value of the company, plus one-year's worth of management fees if shareholders decided to terminate the management contract within the first five years. This fee rises to 4% after five years.

When the scheme is terminated, it is planned that the properties will be sold through City Sales, with industry standard fees attached.

The company is not planning to borrow money, but is going to give itself the ability to borrow up to 10% of the value of the gross assets. Any future issue of more shares would require a special resolution of shareholders.

The company says neither the company nor the manager believes there will be a liquid market for the sale and purchase of the shares as they won't be sharemarket-listed and the underlying investment is a long-term one. The manager could potentially assist shareholders to sell some shares, for a fee of 4% of the sale price.

Some juicy fees there.
DIY I say.

Yip , Huge upfront fees and then ongoing 10% collection fees .
There are just too many risks in this type of investment which is predicated on ongoing capital growth of about 10% per annum . Nothing is gaurenteed simply because it cant be .
These risks include
1) Interest rate risk :  A very real risk of prices / values actually  falling as rates go up
2) Capital Gains tax risk : while labour may not win in 2014 , these TAX & SPEND artists  will be back one day ( God forbid) and they are hell bent on CGT
3) Location risk , some southern  suburbs have deteriorated in the past decade or so
4) Managment risk : vacancies , unpaid rents , legal costs , unexpected repairs,  to name a few

The financial engineering here is quite remarkable indeed.
I would be at a loss to know why any investor would incur such investment costs to have a part ownership in some, but not many, houses. In share market investment vehicle terms the MER (management expense ratio) is very healthy indeed.
Congrats to Mr Dunn though. He has set up a wonderful scheme for his own retirement.

My thoughts exactly - Mr Dunn will do well if he can pull this off. I guess this might appeal to offshore investors or people who can't get a loan to buy a property but have some funds they want to put into property. They are relying almost entirely on capital gains for returns. Personally, I think you'd be better off just buying a rental property yourself and appointing a property manager if you want to be "hands off".

This type of "financial engineering" as you call it ,  would be regarded as criminal in some jurisdictions .
The investors are likely to be those that are not very astute
Here in happyland we dont protect investors from this type of thing which can only be described as sharp business practice

Nonsense Boatman... nothing criminal about this.
It is expensive, that is all.

Proof , if it were really needed, that we are indeed in 'bubble territory' ?

Who said "A FOOL AND HIS MONEY ARE SOON PARTED?"
Here we go again with some hare-brained scheme to get financially illiterate but greedy individuals to part with their money .
Just how they intend to get an annual  return of 8% when most residential investment properties are yielding gross  1 or 2% at best is beyond me.
And thats after establishment costs , promoters frees , commissions , interim interest , rates , insurance , ongoing maintenance , a vacany factor , legal costs in pursuing tenants who dont pay rent ,  accounting and audit fees ( for collective investments) and the cherry on top 10 % for collecting the rent .If anything , there is likely to be an ongoing shortfall in income to expenditure , which will have to be made up by shareholders.  I get the feeling this is not going to end well

These property 'arrangements' for residential housing have been tried before... several in the mid-1990s in Auckland I well recall.
Like those previous ones I can't see us hearing too much more about Mr Dunn's scheme.
A whole host of concerns here... lack of liquidity... lack of dividend yield... too much influence by the promoter... too much control by the manager (opps... they are the same person).
GBH's figures are so true. A yield of 1%... a PE ratio of 83... only a mad man would invest their money.
Much of the investors' loot goes to Mr Dunn. At the start and at the end.
I think it's all a bit of a pity really that he has started promoting himself in this way. Over the years Martin Dunn has spoken more sense about the housing, particularly apartment, market in Auckland than have most real estate agents.

What's hare-brained about it?
It's a fiendishly clever scheme
The promoter gets all the upside benefits
An annual income above $100,000
More than $1 million over the life of the scheme
Establishment fees, plus exit fees, plus management fees
Which he gets whether property prices rise, remain static, or, even fall
No downside risk at all

I contacted Martin back in 2002 and asked him to send details of properties he had for sale. When nothing came through I called him and he laughingly replied that wasn't how it was done. I took this to mean he thought I couldn't be trusted to think for myself and I would need his guidance to put me in  just the right property (for him). Needless to say I didn't buy anything from him and have profitably bought and sold lots of assets in the intervening years. I don't own any  real  estate for investment purposes right now, because thats not how its done.

Of course, a really clever promoter would already have a portfolio of highly leveraged investment properties worth $5 million (at current values) in his carpet-bag and will sell them into the proposed investment vehicle at $7 million, make $2 million up front, and pay off the banks out of the proceeds