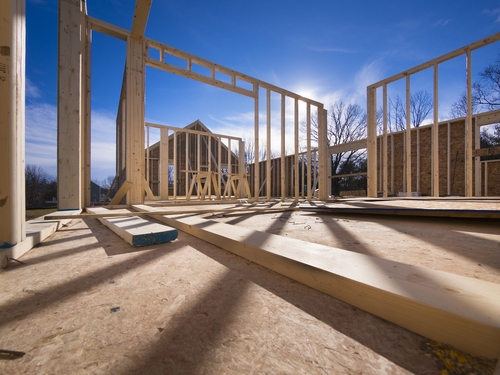 Facing an election debate over housing affordability in Auckland, the Government has announced plans in Budget 2014 to temporarily drop tariffs and duties on building materials imports to reduce the cost of building a standard house by NZ$3,500. It also announced a loan of over a third of a billion dollars to accelerate transport projects in Auckland.

It said it also planned to spend NZ$107.5 million over four years on various social housing initiatives with community groups and the Ministry of Social Development.

From June 1, the anti-dumping duties on plasterboard, wire nails and reinforcing steels bar will be suspended for three years. From July 1 a zero concessionary tariff covering about 90% of building materials will take effect. This will be reviewed after five years.

This follows a Productivity Commission inquiry into housing affordability which found building materials for a typical family home in New Zealand were 30% higher than in Australia.

The government estimates that the elimination of these duties and tariffs as outlined in the Budget will cost it NZ$27.8 million in lost revenue over the five years.

"We will see considerable economic benefits from an immediate reduction in the cost of construction at a time when housing construction is taking off," said English.

The government has said it is focused on freeing up state housing for those in greatest need.

A further NZ$5.2 million operating funding and NZ$1.8 million capital funding is to be available for the reviewable tenancies programme to ensure the reviews of social housing tenants are "thorough and careful."

The Budget also includes NZ$75 million as a housing contingency fund for Christchurch.

The government is to spend $375 million to get key roading projects in Auckland moving faster.

The bulk of the funding will be spent accelerating work on the Northern Corridor, Southern Corridor and State Highway 20A projects.

The Budget also includes funding for further investigations into a proposed east-West Link and progression of the Panmure to Pakuranga phase of the Auckland Manukau eastern Transport Initiative.

"Some of these projects were up to a decade from starting, but we've decided they simply must begin sooner to give Auckland the best opportunity of moving people and goods around the region," said Brownlee in a statement.

He said the NZ$375 million would be transferred to NZTA as an interest-free loan, to be repaid to the Crown by funding allocated to these projects in the National Land Trasnport Fund up to 2026/27.

Maybe if they were as generous with issuing interest free loans to people's who houses have been taken out in both chch and auck due to quake and leaky buildings then housing wouldnt be so unaffordable in these regions.

What is the $75 million Christchurch housing continengy fund for?

Is that all the specific allocated money for Christchurch's rebuild?

Does that mean that National have finished the rebuild?

Is it time to thank Gerry for a job well done? I for one would be happy to never see an orange vested Gerry again.

What a waste, $375M of borrowed money (to pretend the budget will be in surplus) for a bit of motorway widening.  This will bring a small amount of relief for a short period of time.  We've been doing a little bit of widening here and there for 50 years and it hasn't worked.  We either need to double the motorway capacity, or invest in public transport which scales with growth much better.  The rail network is at capacity yet there's no money here for public transport or active transport modes.  More 1960s thinking.

Why is the media referring to "transport projects"? It's just more money for motorways!

And removing the tarriff will do NOTHING to affect the vote for first time buyers - they're all going left this year.

Now that the have had a day or two to analyse it, the Salvation Army are asking if the government meant to remove the social housing budget