Rental yields on residential investment properties have been steadily declining since the early 1990s, ANZ says

Rental yields on residential investment properties have been steadily declining since the early 1990s, ANZ says 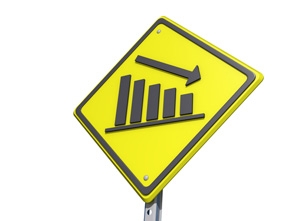 Residential property rental yields throughout the country have been falling since the early 1990s and are now under 4% in the Auckland and Central Otago regions, according to ANZ.

An update on rental yields by ANZ Research, said falling interest rates have been the major catalyst for declining yields, but the widening differences in yields in different parts of the country suggested that regionally specific factors also had an important role to play.

"Data on rental yields demonstrate that Auckland's house price challenges are far from solely shortage driven, rents would be moving up sharply if that were the case, whereas rising rents in Canterbury are more consistent with our estimates of a shortfall of dwellings in that region," the ANZ report said.

It found that the REINZ's New Zealand median house price had nearly quadrupled since 1992 while median rents (from bond centre data) had only doubled over the same period, reducing rental yields.

"In all of the regions, increases in property values have outstripped rents by a considerable margin," it said.

ANZ said yields had been trending lower since the early 1990s with a sharp fall during the 2003-2007 housing boom and that they were once again approaching the 2004-2007 trough.

"Coinciding with this were falls in mortgage interest rates," the report said

Yields fell because landlords were able to take on higher levels of debt for the same amount of rental income.

As a result, areas where property prices showed the biggest increases, such as Auckland, tended to have the lowest yields.

The ANZ report said the implied yields nationally (from the median price and median rent data) had fallen from 7.8% in 1992 to 4.2% now.

Has nothing to do with auckland investors ability to take on more debt at lower interest rates.

I'm still yet to met a PI in auckland who is buying anything yielding under 4%.  The only properties that are selling for such high prices relative to the rent they could command are to owner occupiers.  Often with very limited financial knowledge, but extremely emotional and scared by the media into buying asap because havent you all heard there is a shortage!

Personally, I consider 5% the minimum. So, Yes, it is either owner-occupiers who e.g. want a garden for the kids now and not in 5 years when the market is (maybe) cheaper but the kids have grown up, or investors think they can compensate the low yield thru capital gains.

Overseas investors who are e.g. scared of being caught out in the big Chinese corruption purge probably see the low yield as an insurance premium.

Overall, I think it is not a good time to buy now in AKL. 2009-12 was ok. Good yields are still possible in the West and South, but that comes with a higher risk regarding quality of tenants. Inverstors are doing it tough :-)

For yield calculation you price against the market.

For ROI & profit (eg from leverage) you use purchase prices.

2% reduction in yields from 1992 to 2014 might be acceptable and able to be explained by NZ becoming a safer, more robust economy where interest rates are generally going to around 2% or more lower.  So places like manawatu, HB, Otago, are still following fundamentals and still have properties that can be bought at yields over 7% which means they can be set up as long term investments that get paid off by tennents over time.

well interest rates are now rising so im not sure where the ANZ makes there claim from.

3.6% is terrible, especially with the massive raise in rates that the Council is going to do in the reevaluations coming up and because interest rates are rising. Yields will probably be getting down to 3 percent ish. Thats quite low when some investors will be having to top up about 4% and prinicipal from their wages.No wonder Auckland has the most over valued market compared to rents in the world.

Id like an article from someone else on that as it isnt mortgage rates like ANZ say as otherwise other countries would be having more over valued compared to us, maybe its the no capital gains/stamp duty law that causes this?

In Auckland I believe the majority of property investors seek a tax free capital gain - that's the objective.

The rental income merely allows the investor to hold as many properties as possible while they wait for their assets to appreciate.  And for those that can hold it's been very lucrative.  Where it can all come unstuck is if we see depreciating assets and some people are forced to sell.

I was at the B&T morning auctions yesterday.  2 out of 11 properties sold under the hammer which is a 18% success rate.  That is abysmal.

If this market continues along these lines - especially in spring when more properties are listed - then some owners/investors may get caught with their pants down...

was that the auction rooms in shortland street?

were the buyers forced to drop from their reseve or was bidding on the ones that sold healthy enough?

were the buyers there in person?

where were the houses passed in that didnt sell?

when i was last there a few weeks ago, the buyers all had to reduce their reserve. Id say b and T makes a lot of money off these auctions even when they fail, perhaps agents push for auctions for their own means

There was bidding on most properties - usually only 2 or 3 bidders though and the bidding was slow and stopped before hitting the reserve. The vendors werent prepared to drop their reserve.  Some properties may have sold after the auction itself but that is what i witnessed in the auction room.

Yup, 7 passed in. none with "no bids" though.  The afternoon session was much more successful though mostly second teir suburbs with low prices.  With prices having dropped the last two months, could it be vendors expectations are finally meeting the market, and the Fear of Missing Out, has become the vendors fear of missing out on a good price before prices drop even further?  Could see a jump in volumes this month?

Im not sure but i think the raise in interest rates is going to help bring more properties to market as with the yields of rent so low and interest bearing returns looking much better, its probably time some may want to cash out.

Itl be interesting to see what listings are like in spring, if it floods or not.Im noticing more sales by negotiation after auction has failed so seems people often still want out, at such low yield i dont blame them

triple, I think you are right.  An agent we know was telling me about a property in Parnell, they had some buyers looking at it as a rental while waiting for capital gain or a rich buyer in few years time.  Rental assessment is in $1500/wk and purchase price is in the region of 2.7 mil - that barely 2.8% before expenses.

Bang! There goes any chance of building "affordable houses"

The poor beggars who thought that  the promise of owning their own homes has just evaporated into thin air.

Great news for investors who are not over geared. Rents will continue to edge up.

"An update on rental yields by ANZ Research, said falling interest rates have been the major catalyst for declining yields,"

or maybe the increase in inequality that happened about then? leaving some renters without the ability to pay more?

It could just be that dropping interest rates are just another symptom just like the inability of renters to pay more and not a cause.

There is $100 billion turnover each day in the NZD

The RBNZ must know exactly where that money is coming from

While the NZD is pressing up on its highs against the USD and the Renminbi is pegged to the USD, the cost of getting Renminbi into NZD is at its most dis-advantageous, yet still it comes, without fear or favour. Cost no object

Maybe the money is coming here for the purpose of laundering it through property acquisitions.  Hence the almost reckless purchases in 2013 by non-european bidders.  Who else would buy with such little care for prices paid.

I also believe the 'Anti-Money Laundering and Counter Financing of Terrorism Act' got amended late last year which would tie in with when the market started cooling.

maybe a doubling of rents but a quadrupling of the asset is a sure sign of a double sized bubble?

It would be interestng to see the demographic profile of a property investor. Reason being I suspect that as one ages, the tendency will be to move into more liquid assets - cash for the Ryman apartment, the overseas trips and so on  -  less enthusiiasm for dealing with tenants and all the hastles.  I suspect many are grey beards or getting close - so will they begin to hit the market at  the same time?   Will some anticipate and start cashing up soon?  Food for thought.