REINZ says volumes were up but prices were flat in September, listings hard to come by

REINZ says volumes were up but prices were flat in September, listings hard to come by 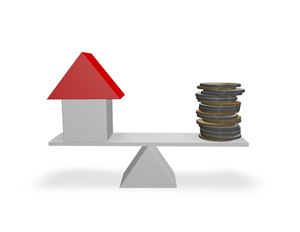 The national median selling price was $420,000 in September which was unchanged from August. A total of 5,911 dwellings were sold in the month, up 7.8% compared with August but down 12% on the number of homes sold in September last year.

REINZ chief executive Helen O'Sullivan said although the number of sales rose in September, they have been down compared to the same month of the previous year for 11 months in a row.

O'Sullivan said the rate of price increases was also easing, with the latest prices now up around 5% on a year ago, whereas back in April they were running ahead of last year by 10%.

"A key theme reported by agents across the country is a lack of new listings," she said.

Unusually, listings are low even in Auckland where prices are at historically high levels, with the increased prices not tempting vendors into the market.

"There has been some pick up in listings in line with the start of spring, albeit not at the usual levels for this time of year.

Around the country, 10 regions recorded an increase in sales volumes compared to August, led by Otago up 25.4% followed by Northland up 19.1% and Hawkes Bay up 14.6%.

In the Auckland region sales volumes rose 7.3% compared with August while the median price increased marginally from $614,050 in August to $615,000 in September.

Track the movement in median prices for all regions of the country in the charts below:

There’s going to be a double peak boom in Auckland.  Prices have come off the boil slightly with the uncertainty created by the election.  Understandably people put off the major decision of buying a house while waiting to ensure the left did not get into power.  Now that the pro-property National govn is back in, stability is assured, growth is firmly back on the agenda and that means more immigrants, subsidies for FHBs, more economic growth, more property investment and in general more fuel on the property fire.

I predicted correctly in 2011 that we were entering a boom phase in Auckland.  This time around we’ll see greater price rises with a National government all but assured through to 2020; I’m picking rises in prices of 12% over the next year with continued strong rises in prices until a plateau around 2019.

The double peak boom has begun.

Re: 12% in Auckland - median prices, average prices or both?

Happy123 what are this weeks lotto numbers?

It's been a while since we heard a NZX prediction from you Gummy...  It's easy to criticise, let's here your NZX picks for the next 12 months...

Happy, didn't you hammer me a few days ago when i suggested the Auckland housing market had been flat for quite some time?

I think you said I was cherry picking data... isn't that what you said???

May i ask on what evidence you base your prediction of a double peak?

P.S. many people thought house prices would rise in 2011 due to very low interest rates. However they're supposedly heading north over the next few years, so it's unlikely low rates will assist further appreciation.

You do cherry pick, every month.  My comment above was my prediction, I've been doing it for years, it's only the new Interest.co.nz alias' that question it anymore as the ones that have been round for years know that I've been getting it right for years.  You're new so I'll cut you some slack.

Evidence...  unlike some I have my money where my mouth is so have thoroughly researched.  Interest rates are going to be lower for longer, (see today's other Interest.co.nz article) both domestically and internationally.  The upward pressure on the NZD remains (and subsequent pressure on exporters) which restricts the RBNZ's ability to raise rates.  House building is lagging behind immigration.  Auckland Council still intends to go up not out which means higher land prices.  Immigration running at record levels and forecast to continue to do so; there are no figures on domestic migration (that I'm aware of) but the global trend of urbanisation is likely occuring in NZ too.  Pro-property National govn in power for probably 6 more years, no CGT, no rental WOF, to changes to tax treatment, greater FDI, strong economy.  Introduction of the unitary plan and ability to sub-divide or develop where not previously available to do so.  And finally, the inability to create more land.

Whilst we are committed to a debt and growth based economy inflation is systemic; that's why the age old saying has been updated "there are three things in life that are inevitable, death, taxes and inflation".

Happy i realise over the long term property has seen fantastic gains, and i too have benefited somewhat from these gains. The numbers i've put forward are for each and every month for the last 6 months so it's a little unfair to accuse me of cherry picking data.  Even you now agree the market is flat - and that is all that i've stated.  I never said the market had fallen - i just said the Auckland market had slowed considerably and has been flat for quite some time.  And it has.

Personally I can't see a double peak in the near future unless we see some serious foreign cash entering this country.

"...Even you now agree the market is flat..." - for clarities sake, no I'm not, Auckland prices are increasing strongly.  Statistics has to be smoothed so long term moving averages can be considered, property is cyclical where seasons have huge effects on prices as do events like elections.  You have to smooth the blips, both the January dips and the March blips.

hmmm..... you did say prices had come off the boil.  That sounds to me like you're conceding the market has flattened.

I'll note down your prediction and see how it goes.
So say to Ist Nov 15?
So you dont cherry pick we are saying NZ overall?
or just greater  Auckland overall?
Personally I think we'll see a flat period, at best ie maybe 2 or 3 % growth across all of Auckland.  No second peak, even a trough / dip.
regards

This is not breaking news. This not even useful news.
The statistics are for the whole of the country and don't reflect what is happening in the main centres such as Auckland and Christchurch.
Everyone knows that the provinces have a very large flattening effect on the market so to that end the REINZ report means little.

Incorrect, the stats are broken down by region and are reported that way.
The median price in the main centre of Metro Auckand dropped this month from 635K to 630K, auckland region wide the median rose an insignificant 0.15%
Clearly rises in auckland have been flattening off for some time, i suggest you take a look at the report

The data is still pointing to the peak having occured around September/October 2013.

Nothing in this data suggests otherwise. Mortgage lending has fallen steadily for quite sometime. The RBNZ has stepped in with LVR rules and some interest rate hikes. National are doing the right thing re special housing areas but as yet not a single house has actually been added to supply. Record migration and foreign buyers have not been able to hold the Auckland median level for nearly 12 months now.


Cash rich buyers in certain areas notwithstanding, this leg of the bubble appears to be done.

They'll be heading back in in 18-24 months as teh residential rebuild ends. Hard to find a job painting, plastering, etc when 90% of houses have just been fixed as new.
It will be interesting to see what affect that has on wages and rental prices.

Happy123 what are this weeks lotto numbers?

Haha, such a clever comment deserves to be posted twice.

September was a month of horrors, from wild weather, crazy elections, terrorism etc.
One month does not a statistic make.

I agree Bigdaddy, but 7 months in a row does start to make some interesting statistics.

The market cannot go up for ever without a breather now and then.
Recent Auckland sales makes one wonder if some believe that the trees can grow to heaven .
People should be buying with the long view in mind and not for quick flicks and instant gratification. I
The media is full of promoters pushing the notion that making money in property is easy and everyone can be rich.
Those that buy in haste will regret in tears.

Oh such wise words Olly, in the space of a few hours you've gone from claiming the stats don't reflect reality to agreeing the market is currently taking a breather, what happened?

Olly's views are much more conservative than mine.

For the avoidance of doubt, I can confirm for readers that  'BigDaddy' is Olly Newland.
And there is nothing wrong with that 'cause Mr Newland has a lot of interesting things to say about property. Having an alias simply means he can avoid a lot of 'flak' when he makes comments.