Auckland attracting at least 21,825 migrants a year, another 5,735 head to Canterbury

Auckland attracting at least 21,825 migrants a year, another 5,735 head to Canterbury 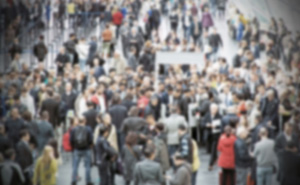 The latest figures from Statistics NZ show that net overseas migration into Auckland and Canterbury has increased five fold since 2012, while migration flows into other regions have been relatively modest.

That's a five-fold increase over the last three years.

In Canterbury it is a similar story, but on a smaller scale.

In the year to October 2011 there was a net loss of 356 people, possibly as result of people leaving the region to live overseas after the Christchurch earthquakes, although every region in the country except Auckland suffered a net loss of population due to overseas migration over that period (see table below).

There was a sharp turnaround in Canterbury the following year, with migration adding 4,140 residents over the 12 months to October 2013, and that increased to 5,735 in the year to October 2014.

Around the rest of the country, there was modest population growth from migration in all regions except Gisborne, which posted a loss of 47 people.

The table below shows how population changes due to overseas migration have gone from negative to positive in most most parts of the country over the last three years.

However the population growth from migration may be much greater in some parts of the country than the figures suggest because more more than a quarter of the permanent and long-term migrants coming in to the country did not provide a regional destination when they arrived.

Potentially, that could mean Auckland's gain from migration could have been closer to 30,000 people over the last year than the 20,000 people listed in the official statistics.

See the table below for the regional breakdown.

But manawautu is still at 0.8% p.a growth, not as far below auck as would have thought only looking at raw numbers

The university towns all appear to have done better than the rest. Have international students grown significantly? Are they a reasonable part of the growth in immigration? If so, are their accommodation/ employment needs similar to other immigrants?

Would like to know when "international students" start arriving in town. Seems unlikely that next years intake is arriving in September and October to start March next year. So, how many of September's and October's upsurge is attributable to "students" ??

They arrived yesterday with millions of their Mum and Dad's Yuans and are going to be spending up wholesale on Auckland property over the next 4 months...
Am
wondering if Bank of  China spend up is going to impact Auckland houses prices?
http://mobile.bloomberg.com/news/2014-11-24/bank-of-china-plans-to-doubl...
Me me thinks it is!
Yours truly,
General HH

I think there is a practical limit of about 15% of overseas students into terms of income for schools/unis, plus I think NZ isnt as popular as it was.  Possibly due to the imigration laws becoming tighter and the exchange rate not so good, plus other countries competing for their $s and skills.
regards

Should see some big interest rate cuts off the back of the reduction in swap rates!