Juwai CEO says Chinese investment in NZ and other property markets to rise 15-20% in 2015 and 2016; relaxed about foreign buyers register

Juwai CEO says Chinese investment in NZ and other property markets to rise 15-20% in 2015 and 2016; relaxed about foreign buyers register 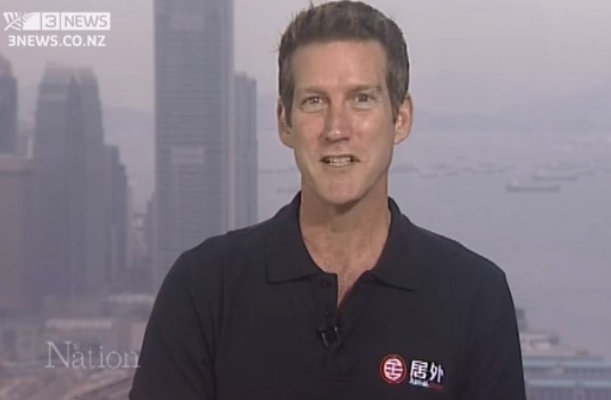 The CEO of website that markets over 8,500 New Zealand homes to Chinese buyers says the investment in overseas markets has only just begun.

"We think we’re at the very beginning of the Chinese outbound property cycle," Henry said.

"And it's not just money from China. It's also money from Chinese communities around the world. We see a lot of investment in New Zealand coming from Singapore and Hong Kong," he said.

Henry didn't think the buyers from China were pushing first home buyers out of the market because the average purchase was NZ$1.4 million and he also saw the buying adding to housing supply as investors funded new developments.

His views on new supply may have been influenced by the Australian experience, where non-resident buyers are not allowed to buy existing homes, which has fuelled a rash of new apartment developments in Sydney and Melbourne.

Radio Live Drive Host Duncan Garner focused in this article on an example of an Auckland property sold to an Asian buyer a year ago and left empty and unkempt.

The debate around foreign buying has settled in the last week on the repeated calls for a foreign buyers' register, which an Australian Parliamentary Inquiry also called for and which the Government has not ruled out (although it remains less than enthusiastic).

Henry said he agreed with calls for a foreign buyers' register, if only to show how many of the buyers were of Asian descent but were actually New Zealand residents.

"I think having the data will give more transparency to what the real market is actually doing," he said.

New Zealand First Leader Winston Peters weighed in on The Nation after Henry's interview to repeat his call for a ban and a foreigner buyers' register.

"Thank you. This is a told-you-so moment," he said with a grin.

"That may be part of a future proposal, because you could not say in that circumstance that they were competing with a New Zealand first-home buyer or someone else," he said.

I wonder if they're interested in Whangarei or Dunnos.

Simple solution. New Zealand land can only be owned by New Zealand citizens. And if you have committed and become a citizen, a New Zealander, then I don't care what your ethnicity is.

And give NZ residents two or three years to become citizens - then out of the market.
However the bigger problem in Auckland is the competition between FHBs and investors.
It may be that many investors have a language deficit that guides their capital into managed residential property investment. Someone should ask Barfoots and their ilk how many properties they manage on behalf of owners local or overseas who would not be able to communicate effectively with their tenants.

A simple ratio exchange is fair  They can own as much land in NZ as NZealanders own over there.

How much Chinese Land do New Zealands own?

He made the point that studies in Australia have shown that foreign investment had added a lot more supply to the Australian market.  This is true because in Australia foreigners are only allowed to buy new houses, not pre-existing.  In New Zealand they can buy pre-existing houses.   So it's not really fair to say that the same happens here.

Good point Jamin.  The bigger and very serious issue in NZ is the land banking that we're allowing.  Australia is minimising this by, as you say, restricting purchases to new properties.

As someone that knows a little about construction and has worked on these $1.4m houses, well they won't stay $1.4m for long with the shoddy construction. A lot of this style of housing is built by imported slave labour and their workmanship is often well short of local tradesmen.

Once upon a time, not so long ago, in a galaxy far far away, in a place called Tāmaki Makau Rau, the Isthmus of a thousand lovers, a place of sparkling waters of the waitemata and the manukau .. where many people lived in many suburbs comprising state housing .. where you didnt have to lock your doors at night, where you didnt have to drive your chilren to school .. where £10 migrants arrived from Britain and Scotland and Ireland and Holland, with just a suitcase and the clothes on their backs .. worked in the local freezing works and on the wharves and the railroad or public works departments .. where on saturdays there was the sound of hand-lawn-mowers and hedge-clippers, and later on the sounds of motor-mowers, the smell of sweat as they tended their vege gardens .. the signs of residents proudly maintaining their little castles .. they kept their plots of land up to scratch in keeping with the rest of neighbourhood, where if they so aspired they could save their money and buy the state houses they lived in .. or they could later upgrade and move to a more salubrious suburb comprising less public housing and more private housing, and later again, upgrade to an even more salubrious neighbourhood comprising private housing and no public housing .. such as Remuera, Kohimarama, St Heliers, Mission Bay .. note Epsom and Herne Bay and Ponsonby didn't rate .. who would want to live anywhere near the ne'er-do-wells they would ask .. you had to have aspirations to move on up

Now, dang it all, look at what is happening, 40%, going on 50% of residential property is rented, and as would be expected, tennants don't spend the same amount of time and care tending the outside of the rented property or put the same effort into maintaining the lawns, flower gardens, shrubs, or vege gardens

Should you still cling to these lores of old and having purchased and lived in a small bungalow on the outskirts of suburbia, now no longer wishing to live amongst the commoners and strugglers (cough, cough) you decide to move up the line and choose to move into a $1,000,000 plus suburb where you imagine you will mix with a different group people who covet home-ownership.

Then go and have a look at that $1,400,000 property discussed with Duncan Garner above and think about the neighbours in the street, and how one person can drag the value of the whole street down

Is this what Tāmaki Makau Rau is de-generating into?

Those were the days. The only Chinese around town were up Greys Avenue above the Town Hall, smoking with opium pipes and playing fan-tan or some version of two-up. Possibly also some really industrious ones market gardening from Otahuhu to Mangere. And you could buy Double Happys 365 days a year up  Hobson St from Mr Doo.
Those were the days, indeed.

Does anyone recall buying a pakapoo ticket up there?

No, but I remember regularly eating stir-fried-cat sauteed in mushrooms at a bare-bones chinese eatery 100 yards up Greys Ave - very edible if you had a skin-full and been tipped out of the Kiwi pub just after 6 o'clock closing

Knowing who (citizens, residents, or foreigners) is owning NZ's residential properties is a pretty good start.

No party should have any excuses to oppose this but the whole process of setting up this registrar may be artificially slowed due to some reasons.

Agreed.  This seems to be the one no brainer no matter which side of the fence you sit.  We need to start collecting some proper data on house owners nationality so we can make informed decisions.  At the moment it is very much a guessing game.

The public seems unanimous about this, however there seems to be zero political will to start collecting the data.  You do start to wonder why?

Could save some money on the flag referendum by just replacing the union jack with the Chinese flag.

Someone needs to get John Campbell on the case. Register is a no brainer to work out if foreign buyers are an issue. Although in a market where supply is tight common sense would tell you that any additional demand would be an issue.

Foreigners will put properties in resident cousin's names etc. it's common practise already and would be even more common if a register was invented.

Well then it is cuzzie's property and should anything otherwise be discovered, hey, it's forfeited. And owning a property here should not have any influence on one's chances of being able to immigrate here.
The threat of forfeiture should slow it down a bit.

A owners register is only about 20 years too late...
If someone says it's racist I'll slap them.  Living in Singapore where even the milk price, or how much you pay when you go to a hospital changes depending on your citizenship status and what color skin you have, has opened my eyes to the way the rest of the world thinks about little old NZ.
A 30% tax on residential property for non permanent residents/citizens would boost the governments coffers and also help home ownership.
Why aren't we doing this?
Some PC politician will label it "racist" and it will be over.
Sometimes NZ'ers are just too flipping PC for their own good, in this case owning their own home...
Cmon NZ, WAKE UP!

Cut em off and do it now, while we are at it reposses all the land thats already been sold and kick them out!

Yes, compared to most of the world our land must seem  a very safe haven if you're a well heeled and risk averse international investor. Soft citizenship laws,  weak oversight of land purchase, excessive respect for wealthy investors, lack of asset taxes,  limited corruption and good social/economic infrastructure...makes property investment a safe no brainer for many  nationalities. But why pick on the Chinese?. Anyone can easily plump their gains (ill gotten or otherwise) into NZ property.  This causes a housing bubble which forces  RBNZ to hold up rates even when inflation is low, and the real, productive part of the economy is battered. Many of us own property, but the country as a whole looks like it's up for rent to the highest bidder. Taxing residential property for non-NZ resident owners would be a good start for sure.

It's not up for rent, it's up for sale and being sold. I know it looks like the Chinese are being singled out but in a way given how they have taken over the world's money supply and are unable to own land in China itself it is hardly surprising that they are.