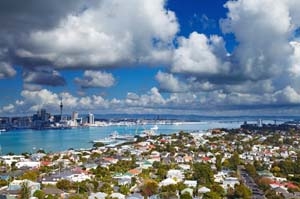 The cost of renting a house in South or West Auckland has increased at double the rate of the cost throughout the rest of the country over the last year.

Weekly median rents in Manukau and Waitakere rose by 8.43% and 7.90% over the year to February 28, while the national median only increased by 4.29%.

The data relates to the rents tenants pay when they first move into a property, and not rents of renewals on existing properties.

When averaging medium rents across the Auckland region, including Rodney, the North Shore, Waitakere, Auckland City, Manukau, and Papakura, the increase is 4.49% over the year.

This is somewhat on par with the national increase of 4.29%.

The weekly median rent hasn’t increased at all in Papakura, remaining at $390.

It only rose by 2.04% in the North Shore, remaining the highest in the Auckland region at $500 a week.

It’s likely the demand for rentals in south and west Auckland is shooting up, as those in central Auckland become increasingly unaffordable.

Looking at three-bedroom homes in the Auckland region, weekly median rents increased the most in Manukau and Auckland City over the year to February.

Nationally, the median rent for a three-bedroom house increased by 8.33% to $390 a week.

The rate at which rents have gone up has really escalated since November, nationally and in Auckland.

The median rent for a three-bedroom house has remained $450 a week in Christchurch City, from February last year.

The median across all types of properties has increased by 5.00% to $420 a week.

Has there been a recent dbh data release or is this based on the date released in january?

2 bed apartments in central welly going up also, median over 500/week for these for first time recently.

According to MBIE figures, the median rent for a two-bedroom apartment in Wellington City has increased from $450 to $460 per week, over the year to February 28 2015.

The other Wellington figure I find quite interesting is the jump in rents for 3-bedroom houses. The median has increased from $495 in January, to $525 in February, which is $25 more than what it was in February last year.

I wander if rents go up in Feb, as the students roll in?

I heard this report on Radio NZ this morning about a shortage of houses for students to rent. Vic Uni says there's the same issue every year. I'm not too sure?

If they mean rents go up every February, then that is correct, if they mean rents go up in Feb then drop again in March that is not true.  These stats are YoY, not MoM.  So yes rents went up 10% Feb last year and everyone said it was just a seasonal thing because of students, but this year they are up again.  It's got to be tough, especially when rents were already high.

I also watch p.n figures and these are up a lot in the suburbs i watch. I can't access archived figures to check % yoy increases, how did u get these figures? Thanks

The impact on the CPI of rising rents and property values is relatively benign obviously. These price levels are experienced at the coal face, not in from of a data set.

I was looking at te aro and Lambton specifically which i watch closely..medians gone from mid 400 to 500 over the 18 months or so I've owned there.. i guess wellington overall might not be seeing the same increases most of the rental demand is in central welly near vic or walking distance to cbd/parliament..

Tough for students, the much much lower rents in the more pure student cities of dunedin , p.n are the obvious choice for the more financially savy student/parent