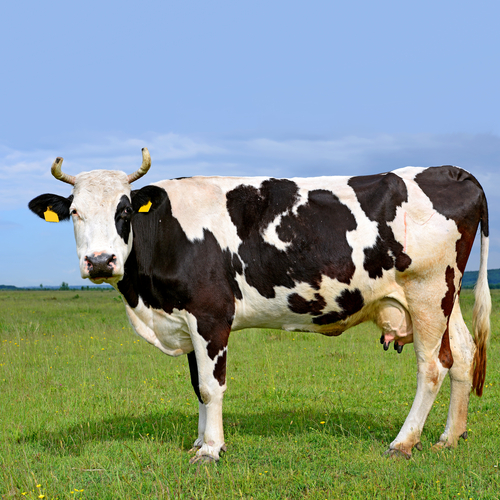 However there are significant regional variations in prices.

The median price figures included the sale of one dairy farm in Taranaki that went for $77,000 per hectare, excluding shares.

However the median dairy farm size was relatively small in Taranaki at 64 hectares and Waikato at 87 hectares, compared to Canterbury at 333 hectares and the national median of 114 hectares.

The median production per hectare across all dairy farms sold was 1010kg of milk solids.

However milk prices had been generally rising during the three months ended February so the prices agreed during that period may have reflected some general market optimism that milk prices had already bottomed and were headed back up.

That optimism may well be tested in the next few month's figures, if the the recent drop in  prices at Fonterra's GlobalDairyTrade auctions continues.

Across the entire rural sector there were 464 farm sales (of all types) in the three months ended February, which was down 13% compared with the same period last year.

"Whilst the current three month period reflects a reduction in sales volumes, the tone of the market throughout the country remains solid, albeit underpinned by a hint of cautious optimism," REINZ rural spokesman Brian Peacocke said.

"Demand in most regions remains strong, with prices experiencing upward pressure as a result of a shortage of listings.

"The spin off to the shortage has been a renewed focus on second tier properties and those which for whatever reason, have been on the market for some time, with sales being concluded for a number of these properties."

To see the full REINZ report with sales figures for all farm types across all regions, click on this link.

Total madness.  Time for an update on average return on capital, reflecting the current prices.  Not to worry though, 36% capital gains in two years pwns Orcs gains, everyone must be feeling rich.

There used to be a saying, and it's a bit dated now "Cashflow is King" it's fair to say those days are over, now we can all kneel to Capital Gains.

I find the whole situation totally bizzare, when everyone else seems crazy, maybe I'm the one that's crazy.

Perhaps the buyers and sellers of the farms know more than you skudiv?

Kinda like the Emperors new clothes, everyone is pretending the Emperor has amazing clothes because they don't want anyone else to think they are dumb, furthermore in a rush to prove how intelligent they are, they are running off to the tailor to hand over money for thier own set of invisible clothes.
I'm looking at all the morans running around naked, and wondering what are they thinking?

At these prices the breakeven cash cost of production is going to be at least $7kgms.  Forget about profit, putting in a bridge or upgrading the effluent system.  Every year refinancing those capital gains into debt, there were a lot of close calls in '08 and the milk price could be lower this year.

...No  YL.... they know no more than you or I or Skudiv.    Several thousand years ago  your great ancestor aged 7 was being stalked by a lion, it was about to pounce, but was disturbed by a wondering buffallo.  If  not for that buffalo, he would have been dead meat, never to procreate  - in which case you would not have been born.  The buyers of these farms might get lucky, might not.  But life is luck...end of story.
Thats my thought for friday...maybe i'll get lucky tonight!

Not sure about your gloomy outlook on life rastus, but I do hope you get lucky tonight :)
Good luck and let me know how it goes.

....ha thanks.  every breathe I take is one less to go.  Hows that for gloomy! I may gloomy in 'text'...but not so much in real time. Have a good weekend and keep winding em all..

15 trillion debt is chicken feed.
5 millon is childs play. for a farm
50K per hectare, no sweat.
Auckland house and land  prices, beats em hands down.
Pass it on.

I think you've got it in one Tim. It not just a reflection of the value or otherwise of NZ assets, its a reflection of  the massive amount of liquidity awash in the world, much of which doesn't want to sit in other locations. But it has to go somewhere. How does does anyone in this environment really know how to value assets correctly ?

Is not counterfeiting illegal. Fraudu-lent activity is still fraud, even if perpetrated by the Fed or the Powers that be.

I tend to agree, but it will take time to show the folly of what's been done, but whilst it could be tomorrow I suspect its still a time coming a fair way down the track yet. Thank God we have been above it ourselves (no matter what the Greens want)

Henry T - can you confirm if this sentiment is correct: I heard in Canterbury some farms are being valued against their grandparented nutrient limit.  An arable farm with a nutrient value of 7 was sold to a dairy farmer 'for a song', as a runoff, as it couldn't be converted with such a low limit.  Grandparenting will create winners and losers and condones bad practice - shame on you E-Can. :-(

If grandparented nutrient limit (where applicable) is going to be what farm values are going to be valued on, then those with 'high' limits will be worth considerably more and land use change will be considerably constrained.

Maybe then land will be used for what it is best suited, as it should be, not sure how that could be a bad practice.

You don't understand grandparenting nutrient leach rates. Allowing some farmers to have nitrogen leach rates of 50 or 60 when the national average for dairy farms is around 35 means allowing grandparenting rates at 60, where a farmer has high inputs and or slack environmental pratices is simply bad practice.  Nutrient limits should not be grandparented.

I know of a community where farmers are ratcheting up their nitrogen usage and inputs simply to get a high nutrient load in case when their regional council bring in limits, they grandparent them.  So a farmer deliberately increasing his leach rates under grandparenting would be allowed to farm to that high level, whereas a neighbouring farmer who has being engaging in environmentally friendly practices and leaches say 35 will have their limit set at 35.

Nutrient limits should not be grandparented.

Totally agree - that would be as stupid and counterproductive as it gets.

OMG - no wonder the Nats don't want to restore democracy down there .. no rational person would see any of this ridiculous carry on a good thing.  Short term profit seeking mentality rules. They seem to know nothing about economic incentives (and disincentives) where environmental management is concerned.

What we need is an inquiry into SFC 2nd and 3rd mortgages to dairy farmers to join the new irrigation schemes, now that would keep my attention but hell would have to freeze over first and I'm just a conspiracy nut.

I agree 100% Kate. There is a not-so-secret agenda going on here and it is based on friends of politicians making short-term gain to the detriment of the public good.
http://www.stuff.co.nz/the-press/news/67438119/Democratic-ECan-carries-t...

This use it or lose it policy forces farmers into intensification. It is not in regional council interests to improve water quality. Universities are flat out pumping out graduates with environmental degrees. The last thing any of them wants is for them to solve the problem. They would be redundant. Farmers intensifying on low payouts to beat the system and create captal gain, rather than profits, bizarre!