House price records fell like flies in March, as REINZ reports highest number of sales since 2007

House price records fell like flies in March, as REINZ reports highest number of sales since 2007 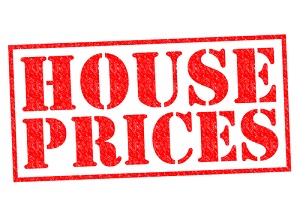 The Real Estate Institute of New Zealand's housing price records were smashed in March with the national and Auckland median prices hitting new all time highs by a substantial margin.

In Auckland the median selling price was $720,000, smashing the previous record median of $678,000 set in December last year

REINZ chief executive Colleen Milne said the rise in the national median selling price was almost entirely driven by the Auckland market, where the median price rose $83,000, or 13%, year-on-year.

"While the increase in the number of sales is more or less spread across the country, the movement in the national median price is almost entirely an Auckland effect," she said.

However in many regional centres, median price shave fallen over the last year.

Places where the median price in march was down compared to march last year were Whangerei, Hamilton, Napier, Hastings, Palmerston North, Wanganui, Levin, Lower Hutt, the West Coast, and Queenstown, while they were unchanged for the year in Dunedin.

To read the REINZ's full March report for all regions, click on this link.

The charts below track the movement of median house prices in all regions.

What is wrong with it?

Ok, I'll be the first to admit that does seem a tad excessive. Not that I'm complaining.

Yeah, no complaints...$83k tax-free in the bank, more than my income for the whole year *high five*

Only 1 job but more than 1 property, so *high five* both hands! YeehaaAa~

Multiple *high fives* from me too :)

So you sold, paid off the mortgage and banked the gain $$$$? Or are you still holding and made paper gain.

Yes, yes and yes. I haven't worked in a job for some time now.

more than double my wage , gross.

The prob using median sale prices..
Going on your logic I made more than that in the last month alone (welly central)

Well welly central is a sample of <100 sales, so i can imagine the median jumping around allot more due to the small sample size.

Auckland City went up a similar amount, but based on 1139 sales.

Nah mate the numbers dont lie.  Over 100k tax free capital gains in one month, havent seen auck do that in 1 month.. As good as money in the bank.. Off to buy a few more central city apartments

Sure lets check in next month and see how that works out for you.
This month Auckland City up 97K vs Welly Central up 116.5K

How many did you buy Simon? looks like you lost 137K on each of them this month!

Auckland City doing a bit better down 'only' 61K.

On -Upwards............just wondering.do you have a cash up point or are you going to hold regardless?  One would think many in your postion must be thinking this is a high enough point to cash in your chips....or are you expecting more of the same?

rastus, I am definitely not selling. Can't wait for the next boom... one day. Want to enjoy that one too.

looking forward to rates increase next year in akl and insurance will surely go up too,
how does this not feed into inflation if costs are going up yearly

"High five" for those who cashed up their investment rental properties in Auckland to do something else or to buy somewhere else cheaper.  But if you are selling and buying in Auckland, you are not really gaining much..

No *high five* from me if anyone sells Chairman.
Own property for the longest time is the best strategy, I believe. Then I can enjoy the capital gain and the income along the way.
The kids can have the properties when I won't be needing them!

If you hold for long enough you may be lucky enough to enjoy negative cashflow and negative equity as well :)

You have a weird understanding of the management of property financing skudiv.

I'm sick of all these left-wing conspiracy think tanks like the so called REINZ spreading plain lies about the price of housing in auckland.
John Key has said there's not a problem, end of story.

How can this be? So many commenters on here said the sky was going to fall in. Next week I suppose?!

Much of the difference in prices over the year can be explained by two factors that no one talks about much: falling interest rates and foreign money. Someone I know just got 7 cash offers after their first open home, all from Asian buyers, for a lifestyle property in Dairy Flat, and sold for about double what they paid five years ago. This is driving up prices big time.
Second, low interest rates make stupid prices seem affordable, especially for move up buyers, where the activity is really strong. Median price in Auckland in March last year was $637,000, with 20% deposit on a 2-year rate at 6.04% for 25 years, payment was about $3300 per month. Now median  is $720,000, interest rate about 5.6%, with 20% deposit you're paying about $3570 per month. Difference is about $270 per month, big whoop de doo, lots of people can afford that and with the cash back banks were offering last year it covered most the difference.

hmmm no one else has tried to draw attention to foreign buyers pushing up prices? I think quite a few have tried to mention this, but it's normally always met with the people with vested interests calling you xenophobic.
Even though we seem to be one of the only countries in the western world stupid enough to allow this to go on.

It has been drawn attention to plenty of times.  The Chinese are the elephant in the room that most people are either too complicit or too afraid to talk about openly.
It beggars belief.  The opposition parties had sensible policies to shut down the foreign buyers, tax speculation and deal with the market failure directly by building more houses.
Instead we are the country stupid enough to put Mr Ostrich to do nothing for a third term.  It's an ugly future.

Can't blame the Chinese though, "never cheat an honest man, but it's morally wrong to let a sucker keep his money"

Nope.  The blame lies squarely with a certain political persuasion.

This subject has been done to death over the past 5 years, more vigorously in earlier times, less so over the past year or so as people have given up as a sympton of what is called the "supermarket checkout trance". Nothing can be done. Stand in silence and wait patiently. Until it is a crisis

It isn't tapering off, it just continues.
Even the main-stream-media have given up on it.
That's what is called the cone-of-silence
The top echelons of government ignore it
John Key says it isn't a problem, as he builds his way out of a minor hiccup
The RBNZ fossicks around looking for a band-aids to plug the holes

we bring it up, but the question is really _what can be done about it_?

Everyone here knows, everyone elsewhere is either profiting party or to scared to rock the teat in case someone important is offended (becuase that's who the higher ups like to hire, being who know their place)

And their property market is booming.