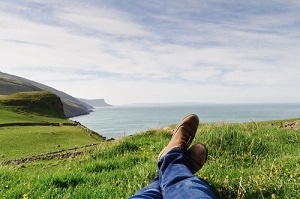 The median price of lifestyle blocks hit an all time high in the three months to May as the number of sales hit their highest level since 2007.

It was also the highest number of lifestyle blocks sold in any three month period since May 2007.

On a month by month basis, the trend for the number of lifestyle blocks selling in a single month has been steadily rising since January 2011 when just 243 were sold.

Last month 686 lifestyle properties were sold, the most in single month since March 2007 when 818 were sold (see chart below).

However there were significant regional variations, with the medians in May ranging from $985,000 in Auckland to $125,000 on the West Coast.

"From a national perspective, the overall level of activity signals a healthy climate in the lifestyle sector," REINZ rural spokesman Brian Peacocke said.

However things were a bit more subdued in the dairy sector, with the REINZ Dairy Farm Price Index (which adjusts for differences in farm size and location) falling 4.3% in the three months to May.

However the Index was still up 11.1% in May compared to a year earlier.

Overall, there were 502 farm sales of all types (excluding lifestyle blocks) in the three months to May compared to 564 in the same period last year.

You can read the REINZ's full Rural Market Report for May by clicking on this link:.

I must be doing a lot to skew these figures.
Our place has been on the market for a year now - not a single view let alone a sale.
We Kiwis are so small minded when it comes to perspectives on the regions.
Take a look at www.korimako.co.nz

Much different story around me, Mapara road properties being picking up in only 6 days in one case, many in just a few weeks. Auckland money flowing south I suspect.

I agree, difficult to sell lifestyle blocks in our area.

I'm getting out of the city. Going coastal South Island. House 50 metres above sea level and 400 metres back from the beach. Nearest neighbours 1 kilometre away. A lot more land than I really wanted, but all up was half the cost of an 800 sqm section in Auckland. Two years to find.
https://www.dropbox.com/s/gqyj8q144u3050w/20150320_114819.jpg?oref=e

You realise we have a strict immigration policy here on the mainland. We don't want too many of you folk coming South lest you distort the property values and create a lot of unnecessary fuss !!

I'm writing this because the other day, following Bernard Hickey's epistle on Auckland needing to grow up, I copped an earful from Zena warrior princess (I call her Zena anyway) She is an eco-warrior, an activist, a protester, marcher, a greenie in the truest sense.

I confess to being a NIMBY, but, I'm not a protestor. I'm not an activist, I don't do protest marches, but I am a first-mover. Have been in the one place for 15 years in which time I have seen around me old single level 110 sqm 1920's californian-bungalows knocked over and replaced by ostentatious 2 story 300 sqm houses or 2 or 3 two-story town-houses. Within 1 kilometre of us there are 2 recent huge developments of apartments, 6 levels high of 450 units each - 900 units on about 2 hectares. The council even put in a set of traffic lights for them to allow the tenants to get out with their cars.

It was time to leave. Get out. So, we are moving.

It's insane, I agree. Have a great time with the new life - peace and quiet will be a dream come true after the big smoke. Might be a bit difficult to get a broadband connection there though :-)!

We moved to the Wairarapa. It was a bit of a culture change for us, and it took a few months to adjust, but now we are glad we made the move. We only have the sound of the river and the moreporks at night instead of the neighbour's stereo.

Agree. I am on a life style block. A bit of privacy but is close to town. I got chickens but dosen't mean i want to live want one.