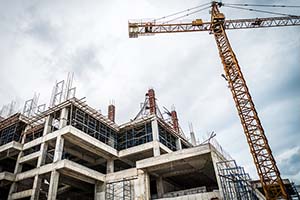 The number of new residential building consents issued declined by 19% in August, falling from 2824 in July to 2291 last month, according to Statistics NZ.

However August's figure was still up 11% compared with August last year.

The decline in consents was especially severe in Auckland where the need for new housing is most urgent.

New dwelling consents issued in Auckland declined by by a third in August, falling from 1116 in July to just 741 in August.

That meant the number of new dwellings consented in Auckland in August was up by just by just 48 (7%) compared to August last year.

This suggests Auckland's housing shortage is continuing to worsen, with Auckland Council estimating the city needs at least 13,000 new homes a year just to keep pace with its explosive, migration driven population growth, which would require almost 1100 new homes a month to be built.

They also dropped away in Canterbury, falling from 650 in July to 596 in August, providing another sign that supply is catching up demand in Christchurch, and consents were also down in Otago, dropping form 152 in July to 104 in August.

Wellington was the only major centre to go against the trend, with new dwelling consents in the region increasing from 106 in July to 148 in August.

The total value of non-residential building consents issued in August was $671 million, compared to $455 million in July and $441 million in August last year.

The total value of all building work (residential and commercial) consented in August was $1.53 billion and Statistics NZ said a quarter of that came from non-residential consents in Christchurch.

"Christchurch really stands out this month,  because we've got these non-residential consents accounting for a big chunk of the national total," Statistics NZ business indicators senior manager Neil Kelly said.

"Several large consents contributed to the total. The largest was a consent for the Regional Science and Innovation Centre at the University of Canterbury," he said.

See the interactive chart below which tracks the number of residential consents issued in each region since January 2000.

We all need to go out today and buy investment properties in Auckland as prices will surely continue to go up as a result of this news.

More evidence that immigration should be pegged to house prices (or availability), if you cannot house them don't let them in. Otherwise we will be left with a boom and bust scenario in the building sector

Are the statistics telling something that the get-rich-quick spruikers are pretending doesn't exit. \?

When you start to see bankruptcies etc in the Tradies sector which would follow fast on the heels of any slowdown then we'll know something more than these statistics can ever tell us!

You know , Auckland Council needs to get its act together and facilitate the orderly development of the City .

That's what we elected these silly clowns to do

Got to look at a far wider picture other than consent numbers to know where the market is going.

Is someone telling porkies?: