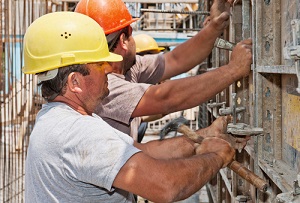 The number of new dwelling consents issued in Auckland dropped sharply for the second month in a row in September, falling well short of what is required to ease the region's worsening housing shortage.

That's well short of what is required just to house the region's migration-driven population growth, with Auckland Council estimating at least 13,000 new homes a year need to be built in the region just to keep pace with its growing population.

That would require an average of 1083 new homes a month to be built, which means just 60% of that figure was consented in September, suggesting the region's housing shortage is getting worse.

In the year to September 8721 new dwellings were consented in Auckland, which is exactly two thirds of of the 13,000 homes a year the council has estimated are required.

"Auckland consent numbers were broadly flat for the month in seasonally adjusted terms although we would point out that at an annual level of a little over 8700, supply is still way below what is needed to meet the long term shortage in housing that Auckland is experiencing," Westpac economist David Norman said in a First Impressions newsletter on the figures.

Nationally there were 2242 new dwelling consents issued in September, little changed from the 2291 issued in August, and well down from the 2824 issued in July.

In the Wellington Region only 126 new dwelling consents were issued in September which was less than in Waikato or the Bay of Plenty (188 consents) and only just ahead of Otago (115 consents).

In Canterbury the number of consents also declined for the second month in a row, falling to 525 in September compared to 596 in August and 650 in July (refer to the interactive chart below for the monthly dwelling consent figures for all regions).

Shops were the second biggest non-commercial category, with consents issued for $101 million of retail space in September.

follow the money, if people cant afford to buy no point building them

I see Herald reporting buyers market now due to Chinese drop off. As you say - if prices too high market will slow regardless of supply.

basically, Auckland is doomed. No Chinese, no new houses, higher Rates and Len may be hanging around while longer..

So the data that starts coming through from 1st Oct will show no foreign buyers - so the gov will do nothing about taxing foreign buyers. Which is ok until the next glut of overseas money comes in and messes up the market for residents...or will they stop investing in Auckland altogether....? Who knows

Listen to the chatter

You might be surprised ... this might be hearsay ... in the absence of any better evidence I will go with it ..

On the way to the airport last week, got talking to the taxi taxi driver who happened to be sub-continental .. asked him why, when the auction rooms were chock full of chinese people, where were the Indians, why weren't they in there buying and bidding and competing ...

and his surprise answer

Indians will be mainly building new, they go and buy sections and commission new-builds to their own specifications, consequently by buying sections and building new they don't appear on the radar

And that's the difference between asking questions and guesswork

Nick Smith will be rather concerned about the pathetically slow progress

Concerned or a stronger word.....