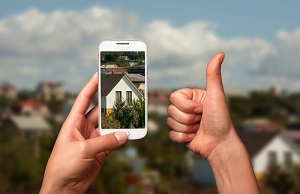 The recent surge of homes coming on to the market shows no sign of abating and asking prices have eased from their recent highs, according to Realestate.co.nz.

There were 13,405 homes newly listed for sale on the specialist property website in October.

Although that was little changed from the 13,765 homes newly listed on Realestate.co.nz in October last year, it comes on the back of a rush of new listings in August and September. This has made for a strong start to the spring selling season, which looks set to continue into summer.

The increase in the supply of homes being listed for sale has corresponded with a fall in the average asking price for the second month in a row, to $539,823 in October compared to its all time high of $568,215 in August.

Even in Auckland where the demand for homes is greatest and price rises have been the strongest, the average asking price in October dropped to $832,713 compared to September's all time high of $851,531.

"The number of new listings coming on to the market in October is up significantly," Realestate.co.nz chief executive Brendon Skipper said.

"It may well be that the supply of properties plays its part in the slight easing in asking prices we're seeing," he said.

However two regions at opposite ends of the country bucked the trend and set new asking price records.

However the inventory of properties available for sale on the website (the theoretical number of weeks it would take to sell all of the properties listed on the website at the average rate of sale) dropped to a new all time low 16.1 weeks.

"The inventory of properties for sale is lower than ever and it is a nationwide phenomenon, with the West Coast the only exception," Skipper said.

Is this the beginning of the end?

This new, combined with another 5% down in WMP price from the GDT tonight, will make RBNZ cut OCR in Dec.

There will be some (not all) losses out there ...especially those who have "overleveraged" with minimal gross rental return ....as that strategy of "just" relying on capital gains, in a flat market only loses money .... if not, will someone please tell me how and why ?

There's a big risk of some of us agreeing that RBNZ made the right moves on requiring an IRD number and NZ bank account for foreign investors (just to trace the origin of the money and report it to China).

Some are just protecting their money with property rather than let inflation eat it away. On the NZ investor side running a rental as break even or a loss is only sensible if you have income generating investments to pair the expenses with. Basically convert taxable income into tax free capital gains. Although that needs rising prices to work so your conclusion is correct.

Given that a lot of the foreign money has dried up is interesting but they might return in a few months once they have completed the paperwork and jumped through all the hoops necessary to meet the new requirements. I will be more confident if the market stays this way in the new year.

Not sure the above report tells us much at all.
Key paragraph "However the inventory of properties available for sale on the website (the theoretical number of weeks it would take to sell all of the properties listed on the website at the average rate of sale) dropped to a new all time low 16.1 weeks"

November will be interesting as the sell rate at Barfoot auctions has collapsed over the last few weeks yet volume of listings coming on stream has surged will be interesting to see Barfoots October report - don't they usually put that out by now - perhaps Mr Thompson is having to think carefully about how he will explain the lack of auction success throughout October. How will he spin it?

If the market is slowing down it is only the beginning. Once there is more evidence of it slowing down and prices dropping accordingly it will get more interesting. Overseas buyers will sell before the dollar drops more to lock in their profits and anyone who is overleveraged will have to consider selling some or all of their holdings as no one wants to be paying interest on a property where the equity has disappeared or is disappearing. "Panic" is the key word here. People panic when markets turn so those who make quick decisions and get out will always be the winners.
The problems with property. Unlike shares it is not always easy to sell fast.

......as growing numbers sit and actually think about their stagnant income levels, their 25 years of paying $30k plus in interest each year.....on a property that might just start going backwards in value.. .... what might you do? I would not like such a dilemma.

The people who have bought recently and are currently buying are taking a big risk in my opinion,especially if they are first home buyers and are borrowing significant amounts of money to buy Auckland homes. Baby boomers have experienced it and it might be the first time for X and Y. House prices going back and losing equity. All those who say that their property is worth so much today are in la la land. Until it is sold and the agreement is signed by both parties it is not necessarily worth what you might think it is.

30 year mortgages are pretty common now. A lot will hold on for as long as they can. The current low interest rates help with that. It's when the RBNZ get carried away again and ramp up interest rates rapidly that there will be tears.

The "All Blacks" have it sussed, those in the red lost out to all those other colours around the globe, betting their shirt on a certainty.

Inflated ego, some people. Some not as daft as some look.

Hopefully the tourists will all flock in. But I would not bet the house on it.