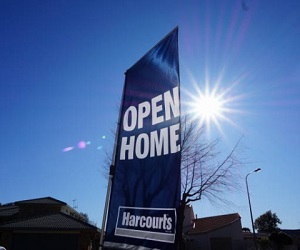 There was a sharp drop in the number of homes sold by Harcourts in Auckland/Northland last month compared to September and the average selling price in the region was also down.

Harcourts sold 533 homes in Northland/Auckland last month, down 16% compared with September, and the average selling price in the region declined by $25,329 (-5%) compared to September.

However the number of sales in the region was still up 3.5% compared to October last year and the average selling price was up 23% (see table below for full results).

The number of new listings Harcourts received in the Northland/Auckland region was also down sharply compared to both September and to October last year.

Harcourts chief executive Chris Kennedy said sales across the whole country were up 11% in October compared to the same month last year although new listings were down 11.%.

Although there had been much talk of a flattening of the market in Auckland, there was plenty of activity around the country, particularly in the central North Island and Wellington, he said.

"Central region and possibly Wellington do seem to be experiencing that halo effect of buyers beginning to shop further afield from Auckland for property," he said.

Is this more evidence of a current downturn in volume and prices in Auckland? If I was thinking of selling a house in Auckland I would certainly be getting it on the market quick and I would be taking the best offer that came along as it is all pointing towards some kind of turn around in sentiment. With this kind of news more and more people will be putting their properties on the market to lock in some kind of profit. Until it is sold and settled you only have paper profits remember!

paper profits that have already been used to leverage more properties in the last 6 months - some very pyramids out there all based on leveraging paper profits - and not much of that in the last six months so even a 10% drop across some of the smaller portfolios of recent buyers will exert lots of stress - especially as its hard to see anything that was bought in the last year being cash flow positive - so top ups required just to pay interest only loans!

Agents sticking to the "flattening" script. They would never acknowledge the likelyhood of a correction.

More likely investors have gone quiet in the Auckland market due to the LVR changes... its too soon to tell....

Some times I wonder who is buying houses in Auckland at the moment. Most of us have a feeling that prices will either go down or will remain at this level but still 533 house were sold by Harcourts in Auckland

People who sold the month before and need somewhere to live?

The housing market have stop dead.Clearance rates at B&T was 25% Bayleys was under that on the North Shore last week.
The international buyers are out of the market as of 1 October.This is the only thing thats been pushing market for last two years.
Watch the headlines change Dec,Jan.
Big Dip has all ready started Sunnynook,Forrest Hill,Hillcrest all ready down 200k on the shore just the start.
Be patient big opportunities on there way in 6 months.

Just because a property is 20% less than its peak price doesn't necessarily mean it will be a good buy.

Auckland will have lots of good byes soon. Good bye to equity that is...

there still needs a lot more done to correct what is becoming a nationwide problem.
at the moment it is costing this government 2 billion dollars a year in rent subsides and tax refunds, as the pricing of houses increase so will that figure
http://www.stuff.co.nz/business/money/73611190/qv-average-new-zealand-ho...

Rent subsidies are frozen? so actually over time inflation will see this decrease as a % and a value.