No sales at this week's Ray White City Apartments auction

No sales at this week's Ray White City Apartments auction 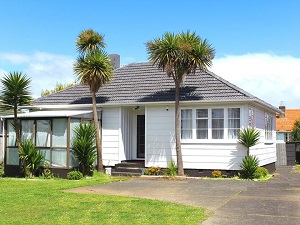 With only three properties on the Order of Sale it was a thinner than usual crowd that turned out to this week's Ray White City Apartments auction and the offering got even thinner when the auction of the first lot, an apartment in a leaky building in Upper Queen St, was postponed for a week.

That left two to be auctioned, a leasehold apartment in Parnell and what appeared to be an ex-state house in Mt Roskill.

There was a deafening silence when the auctioneer called for an opening bid on the apartment, so he opened with a vendor bid of $450,000 and when there were no further bids it was passed in.

There was a bidding duel between two potential purchasers of the Mt Roskill house, but the top bid wasn't quite enough and it was also passed in.

See below for the full results of this week's auction:

In other news Rangitoto is 'coming alive'.

Would be great to see these clearance rates plotted against time.

Time to take some profits if you can find a buyer.

Mt roskill one is interesting, not willing to take the profit on offer to me seems like willing to wait for the market to turn up. would fall outside the 2 year bright line so can claim change of circumstance as reason for selling I ponder will any tax be paid on the gain, hmm would not put my house on it

Maybe the recent "tart up" of the property was more than the difference between purchase price and highest bid? (or maybe the improvement + agent fees combined)

Have noticed more advertised prices in our area rather than auction.