The premium between asking prices and median sales prices has ballooned to over $80,000 making deals hard to make and limiting sales volumes

The premium between asking prices and median sales prices has ballooned to over $80,000 making deals hard to make and limiting sales volumes 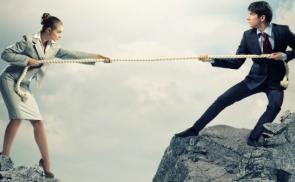 Residential real estate asking prices in December 2015 showed continuing signs the market may have peaked. It's been four months since a national record has been set.

The national average asking price in December was $522,930, continuing a downward trend from the record high set in August of $568,215.

Average asking prices in Auckland and Wellington leveled off, but continued to remain near record-high levels, said Realestate.co.nz in their December Property Report.

Recently, sellers have been coming to the market with higher expectations.

Extensive publicity of 'big numbers in Auckland' have no doubt fueled this trend. Nationally, asking prices have been running about +20% above median selling prices; in Auckland it is more than +10%. But it is not the % that drives these perceptions, it is the $ amount. In Auckland that is difference is about $83,000. Nationally, the difference is $87,000. These variations are not sustainable in the market; either buyers or sellers will need to get more realistic to be able to make a deal. A year ago, the variance was a more reasonable $30,000.

In Gisborne, the West Coast, Canterbury and Southland, asking prices in December were actually lower than the same month a year ago.

In Canterbury, the decline was marginal, but booming new supply has kept a lid on price rises.

Apart from in Auckland and the Central Otago / Lakes region, average prices are affordable for households on median incomes.

When most properties are sold by auction in Auckland these days, where do the asking prices come from?
Asking prices are only of minor interest. Their main worth as pointed out in the article is in the relative changes relative to sale prices.
Things are slowing.
Changes are afoot.

auction numbers are falling. most are being listed as neg, once I see most listed by price then you know the market has changed.
it will be interesting to see how the banks react expect to see a tightening on criteria for loans, 2008 was not that long ago

I thought it was about time I got back into it. For a start I notice the usual property spruikers in Auckland have got very quiet of late.Are they too busy to comment on this site as they are trying to sell some or all their stock before their paper profits disappear into losses. Where is Big Daddy and all his mates. Property is no different to any other market. They all go up and they all come down. There is no such thing as a sure bet. 2016 will be an interesting year.

I would keep an eye on the institutional investors, thats were I think the action will be. I bet there are some interesting discussion between the likes of Landcorp and their bankers, no one likes to lose a billion. I've heard of large scale dairy farmers having interesting meetings at present with respective banks.
I houses in AKL were going up based on fundamentals we wouldn't be seeing the debt increases, productivity is not the underlying cause, it's speculation while our economy is facing head winds.
We have enough foreign debt , keep an eye on it.

About now all those RD1 and fert bills that were deferred for 3 or 4 months are becoming due. Got a few myself. Its gonna get tough from here on. With beef coming off a lot there are going to be a few ex dairy grazers who launched into the beef market at its high, and wont find much of a margin. This rain has been a godsend. The meat companies wont be able to drop their schedules quite so ruthlessly. Did you get some rain in the Bay Aj?

14mm last night and some heavy rain this evening, had a tonne of feed before this anyway.
Whats the beef schedule done, last time I looked it was $5.30.
I think the companies are getting weary of premiums, it doesn't work well when cash flows are tight.

I think it might be dropping away from 5.30. I got offered 5.20 for bull. On the bright side once the service bulls are gone they might be hard to find. Plenty of feed here too Aj. For various reasons I have stayed understocked this summer so far. Its a helluva lot less stressful, I reckon I could lower my provisional tax actually ;-)

Stark contrast in attitudes to residential property between NZ and here in Japan. The Kiwi bubble has yet to burst, and NZ has no economic safety net. Japan's bubble burst back in '89, yet they remain strongly averse to residential property as an investment, and convinced their economy is depressed because of it, despite the bubble fallout never really amounting to much nationally. NZ has nothing on which to fall back. Agriculture is a relatively small part of an economy largely based on Kiwis selling their houses to each other at ever increasing prices. End the hysterical property mania and most of the economy ends with it.

Japan is an industrialised manufacturing economy, driven by exports and maintaining an impressively favourable trade surplus. It is capable of surviving all but anything, yet the Japanese are as aggrieved by a minor residential property invesment bubble collapse from almost 30 years ago as if it was the end of their world, despite still being richer than god. The situation reminds me of the continued Kiwi sharemarket phobia (itself based almost entirely on the '87 mania implosion)... The difference being the Japanese kept their options open. Kiwi eggs remain firmly in the ricketty smoke-and-mirrors property basket, and almost nowhere else.

I guess there's always Australia, right? Or maybe it's time to brush up on your Japanese language skills...

I is possible to slow the housing market down quite easily and that's already happening. And you desperately need to apply the breaks now before you create your own credit crunch and along with it a recession. The housing market is already hurting your export market by keeping the NZ dollar far to high it really needs to drop.

Having lots of foreign investment pouring in to the housing market via Investors is a false economy, and even worse is being reliant on one or two countries to prop you up financially is very worrying.

I'm seeing the very similar pattern happening here that I witnessed in the UK ten years ago. If the heat isn't taken out of the housing market sufficiently then we will be heading for a recession as it's just not sustainable, NZ wages can not keep up with house prices or rent increases.

Also I should point out; that its not just Investors that have been pushing up house prices, it's also the Real Estate Agents huge commission rates at 4% plus marketing costs!!! This has to be added to the house price for the vendor, so it's not surprising that house prices have run out of control.

Do you know that the average Real Estate Agents commission rate in the UK is around 1% (Even in London) and that includes the marketing costs!

The cause of the high $ is not property values but rather the higher interest rates on offer in NZ compared with europe for example . This causes carry trades which strengthens the $.
Attempt last month to reduce the NZ$ value by lowering interest rates ( in part to discourage carry trade investment) failed and the $ as we know has actually strengthened in the last month.
A stronger $ should actually deter foreign property buyers as it makes property more expensive..(costs them more to convert their savings into NZ$.). Conversley of course a weaker NZ$ will attract foreign buyers for property.

It's not a lower NZD what attracts foreign buyers, it's the belief that returns could be good in short/medium term.

Given that the prices are getting flat or even falling the strength of the NZD has absolutely no effect in foreign buyer's interest.

..I put real estate commisson way higher than that 4% or whatver. If I can sell my own house for $500k on trademe and a real estate agent can get me say $550k, then the commiosn they get becomes a huge % of the actual amount they 'earned' - 50% plus.

ex agent
Have no fear - BigDaddy is here.

BigDaddy is back HOORAY!! The real estate force awakens in 2016!!

View this 4 part series before you go back into the market but have a stiff brandy while you do so.

True, Japan's falling population will have a depressing effect on property prices and economy size but a black hole is taking a bit too far. If that were true then Bangladesh would be a great economic force - GDP per capita or real wages are what matter. And Japan isn't doing too badly on that front.

Looks like I may have predicted it right by 24 hours:

Watch some Auckland houses go on the market as their owners sell them to get funds to shore up losses in the Chinese share markets. And their owners will not have the usual time to wait for top dollar. Bargains to be had?

I think it is easy for people to get fixated about Auckland property and all the reasons for the boom in prices to continue, migration, foreign buyers, low interest rates, housing shortage, but I would be watching the rest of world markets, plummeting commodites, instability in sharemarkets, world debt levels, stalling growth. I believe in the great depression started with a sharemarket crash, followed by bank failures resulting in property values halving. In a bubble it's easy to get fixated on one thing, I personally think the bigger picture is a worry, property is only a part of it, and it's distortions are a symptom of it.