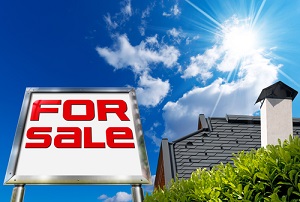 The housing market remained reasonably buoyant in December, especially outside of Auckland according to the latest figures from the Real Estate Institute of New Zealand.

Throughout the country 7313 homes were sold in December which was down 9.1% compared to November but up 3.5% compared to December 2014.

But Auckland went against the trend, with just 2225 homes selling in December which was down 11.5% compared to November and down a whopping 18.6% compared with December 2014.

It was the third consecutive month that the number of sales in Auckland has declined (see chart below), suggesting the market there is definitely quietening.

There was also a sharp decline in the number of Auckland properties being sold at auction, with just 705 going under the hammer in December compared with 1073 in December 2014.

However REINZ chief executive Colleen Milne said the decline in Auckland sales was probably transitory as investors  adjusted to new, higher LVR restrictions on mortgages that apply to investment properties in Auckland.

However the biggest growth in prices is now coming from outside of Auckland.

The median prices for all homes outside of Auckland hit an all time high for the fourth consecutive month in a row, coming in at $379,000 in December which was up 8% for the year.

In Canterbury/Westland December's median price of $421,150 was up 5.3% compared to December 2014 but sales volumes were virtually unchanged from a year earlier.

To read the REINZ's full report for December with prices and sales volumes for all regions, click on the following link:

tale of two stories, lack of overseas buyers to keep pushing up auckland, auckland (NZ born) buyers moving out and pushing up the regions
this will not end well

what do you mean 'lack of overseas buyers to keep pushing up auckland'? Auckland median is up 0.7%. That's 8.4% annualised - quite a respectable increase in normal times.

The problem with median is that it doesn't account for the types of houses being sold (i.e. less "cheap" houses being sold = brings median up). This can be seen with most of the sales volume drop in the year being in North Shore and Manukau (on average cheaper than your "Auckland Central" area) - just this change in sales volume by area will result in median price changes.
That's why the indexed price was good - which they no longer report as it doesn't tell the story they want us to hear.

They still produce the index. You just have to pay for it now.

Yeah normally rely on someone like tony alexander mentioning the index move in a newsletter a few days after results out. Auck index down 6% over oct nov. Probably dropped another percent in dec I'm guessing

30% rule cutting out investors. Investors generally buy cheaper property. Median up on lack of sales to investors. Index down as prices actually falling due to 40% buyers taken out of market

a lot are , they are returning to the country from where they came from or where there parents are from

In these turbulent times market wise buying property anywhere in NZ seems to be the safest thing to do.

herd (flock) mentality....though seemingly correct to date. But is it new pasture or a cliff that awaits?

Most likely a new pasture. Until the next recession or interest rates go back up. Then a cliff. Who knows.

I hear agents are being flooded with properties here in Auckland for next month.

This property in Remuera was sold in Oct-2015 for $3.74m and now in the market again (< 3 months later). Chinese buyer...go figure!
http://www.trademe.co.nz/property/residential-property-for-sale/auction-...

Hi David - am I right that you stopped updating this index around 2014?

Any property bulls out there willing to bet $10,000 that Auckland median property price will not double in the next 10 years (ie your position is that it will, mine that it will not)?

The signs are that the global asset bubble is on the cusp of bursting. It was driven up by cheap money and then driven to excess by large scale investment by sovereign wealth funds and other commodity related sources.
The rapid fall in the oil price means that sovereign wealth funds are now having to offload assets quickly and there are no obviously large scale buyers to take the assets whether equities,bonds or property off their hands.
The most important thing right now is not to be over leveraged in what is going to be a very tricky year as we enter a new cycle.
I hear top end London property has become very illiquid(and prices starting to fall)over last 9 months and Far Eastern property speculators are unable to fund the deposits for high end property developments such as Battersea Power Station.