Asking rents on Trade Me Property rose 7.6% in Auckland last year but declined by 6.7% in Christchurch

Asking rents on Trade Me Property rose 7.6% in Auckland last year but declined by 6.7% in Christchurch 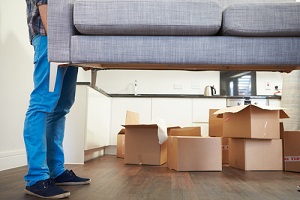 The median asking rent for rental homes advertised on Trade Me Property rose by 5% last year.

However there were significant differences between the main centres, with asking rents rising strongly in Auckland, modestly in Wellington and declining strongly in Christchurch.

The biggest increases in Auckland were for apartments, up 7.1% compared to a year earlier while asking rents for stand alone houses posted more modest gains of less than 6% for the year (see table below).

In Wellington the median asking rent for all types of properties was $410 a week in December, up 3.8% compared to December 2014.

Townhouses posted the strongest gains for the year in Wellington, with their median asking rent climbing to $450 a week which was up 12.5% on a year earlier, while asking rents on apartments in the capital were unchanged from a year earlier.

The market definitely appears to have moved in favour of tenants in Christchurch, where asking rents were well down on where they were 12 months previously.

The median asking rent for all types of properties in Christchurch was $420 a week in December, which was down 6.7% on a year earlier.

Townhouses led the fall, with their median asking rents declining by 10.6% between December 2014 and December 2015 while asking rents on 3-4 bedroom houses declined by 7.2% over the same period.

The head of Trade Me Property, Nigel Jeffries, said rents had plateaued over the last 12 months.

"When looking at New Zealand's median asking rent trend over the last five years, the rental market has clearly plateaued over the last 12 months," he said.

However the Christchurch rental market continued to weaken as it recovered from the Canterbury earthquakes and rebuilding work brought more homes to market.

"Median weekly rents are down 6.7% in the Garden City and we are not any signs of a halt at this point," Jeffries said.

Rents are going UP. Interest rates are coming DOWN. Yup, life's good in landlord land lads.

You guys are geniuses.

Any property bulls out there willing to bet $10,000 that Auckland median property price will not double in the next 10 years (ie your position is that it will, mine that it will not)?

The article is on rent prices but sure I'll take that bet. It'll be 10 years later this year since I bought my first property. If you told me it would be worth 200% more today than I paid for it back then I wouldn't have believed you.

Any one know how Papamoa and Hamilton wen't for the year?Cheers

So many Auckland investors have purchased in Hamilton and Tauranga that the rental market is swamped with properties many of which have sat there empty for weeks. 561 rentals available in Hamilton right now - massive over supply!
http://www.trademe.co.nz/Browse/CategoryAttributeSearchResults.aspx?sear...

same thing will happen in tauranga, yields will drop to auckland like levels, more money the government will have to hand back for neg equity investors

169 in Tauranga at the moment plenty of choice for a good tenant to get a good deal, and more coming on as investors pilein

Doesn't look too shabby to me - http://www.nzherald.co.nz/bay-of-plenty-times/news/article.cfm?c_id=1503...

Now if Ergophobia were a socialist, he would be saying that the Nats' new policy of paying poor NZ'ers to move out of Auckland to the provinces, is in fact ethnic cleansing of Auckland to make room for more of their (Nats) new Chinese chums.
On reflection, me thinks Labour tried it in the '90s and called it New Horizons (aka Benefit for Life).

soon the amount to rent will go past what is needed to purchase with lower interest rates, the need to remove the LVR for FHB only to rebalance the situation

Is that so bad having 600 rentals advertised for a town over one hundred thousand???

Sorry make that one hundred and forty thousand

Look, this data from TradeMe only is wrong or gives a false figure because they are only "Asking" prices. No one knows what the actual price is unless you look at the data for Bonds that are deposited with the tenancy agency which gives a much different figure and to add to that you can discount $50/$60 of that TradeMe asking price as rental agency fee for managing the property.

I hear horror stories of 30/40 people turning up at open homes and many offering more than asking rent in a bid to get the place!

What we all neglect to accept is the social issues around Generation Rent. Children who are born to renters move schools more, and therefore achieve less. (I hear Paula Benefit blaming the teachers...) Communities that have high renters become less desirable and couples fail to make friends in the area due to constant movement. I think we are seeing the start of something far great: Aucklanders move to Hamilton and Tauranga to seek cheaper housing, when they go up, the seek further ie Australia. Society won't function correctly in 10-20 years due to our failings of today. I wish there was another Political Party that could rise up and be the defining change we need in order to create a country of home owners, not apartment renters and owners. NZ is desirable but at what cost??