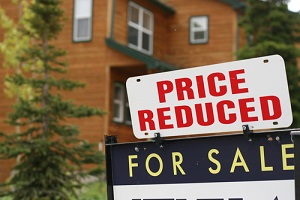 Fewer people expect house prices to rise this year and more think it's a bad time to buy, according to ASB's latest quarterly Housing Confidence Survey.

While that showed optimists still outnumber pessimists on house prices, the number of optimists has declined since the previous survey, when 59% thought prices would keep rising and 7% thought they would fall.

ASB said the decline in house price expectations was most evident in Auckland since the introduction of a suite of tax and Reserve Bank lending restrictions, which had moderated sales activity and price growth in the region.

"This is likely weighing on the survey results," the report said.

"House price expectations are likely to remain subdued in Auckland until the extent of the impact of last year's new housing measures are better known."

But when it comes to deciding if it is a good or bad time to buy a house, a majority are at best ambivalent on the subject.

The survey found only 16% of respondents thought it was a good time to buy, while 21% say it's a bad time, 46% thought it was neither good nor bad and 18% didn't know one way or the other.

"More respondents are expecting interest rates to stay the same, perhaps because they don't think they can drop much lower," ASB chief economist Nick Tuffley said.

"We expect the Reserve Bank to cut the OCR by an additional 50 basis points over 2016," he said.

"We may see more people expecting low interest rates as we get further into 2016."

As a FH Tryer I'm reluctant to get into the Ak market at this point. If prices fell back to 2014 levels, (before the the loonies took over the asylum) I would be a lot more comfortable taking on the risk. .,

Really, you would buy an overpriced asset that is falling in value? I wonder how many people, who are saying that now, would change thier tune if such a scenario were actually to happen?

NoI am prepared to pay fair value but not the premium that iconoclast mentions below. Been to two auctions, first one stopped at our 'affordable' limit then watched two investors blow it out to a premium level, no accounting for the do up that it needed. second one was passed in with the vendor asking 90k above offers . As an owner/occupier I wouldn't be to concerned with a drop in price as looking long term to put a roof over the family.
.

Keep an eye on it. One figure you won't see reported much is REINZ stratified index - commonly held as the most accurate measure of what is going on in the market. Auckland housing is down 6% in last three months, 1.8% if you smooth it over three months.

You hear that nervous sellers are sitting it out until the "Chinese come back in February" - they won't. The next three months will clarify things and provide more solid data but in my neighbourhood (eastern suburbs) it is a buyers market and things aren't moving.

You still need a home of course, but if this continues you will at least enjoy the buying process and agents will be sending you flowers! Personally I think Aucks / Sydney / Melbourne etc are all going to reset to something more sensible, maybe down 20%, just not sure how long it will take.

I have just been reading on Bloomberg how top end property in California that this time last year was being bought by the Chinese is now back on the market with no buyers in sight. Evidence is growing that top end house prices globally are starting to fall so caution is the word.

I have a friend in the Bay area who was developing high end property, 6 to 10 mill jobs, all being sold to Asian buyers, he loved them, then the suddenly stopped, partly due to tax complications.

Would you pay more than that now to buy it? Also to get to the double garage at the back, you need to share the driveway with your neighbour. The 560 sqm land actually includes the shared driveway which takes up 135 sqm...so really, it's less than 425 sqm for your exclusive use. It's hard to imagine for that price!

I find it incredible that Aucklanders have the gall to bitch about rates and how prevalent it was in the news cycle.

Len might be fiscally irresponsible but, by comparison, Celia is a fiscal menace.

Not sure where you got the rates info from cmat. If your CV is $4m then the rates is around $10,500 per annum. On the council website the address still shows the old CV of 1.34m when it was a plaster house. It was bulldozed a couple of years ago for the new build. Obviously they're still having issues putting up a new CV, probably due to the shared driveway dispute.

That's misleading information, as it is based on the old CV.

Quite right! look what you get in California for the same price

The neighbours look so close they probably can see what you are eating for dinner. $3.74 million? I don't think so.

Saw a group of Chinese buyers viewing when I drove past yesterday.

Time to realise these ridiculous gains in Awklund and sell....sooner rather than later.

When the market for a particular asset class becomes heated the prices achieved begin to rise, producing what is known as a "premium" to standard values that will be obtained during normal times. As competition for the asset increases, it is the the premium that increases rather than what would be considered the "value"

As the market cools, the first thing to retreat is the premium.- it goes "poof" - very quickly
As the market returns to nornal, the premiums disappear and prices revert back to real value

Conversely if the market struggles and demand evaporates, what was once a premium turns into a discount below value

Yes I agree about your premium theory, though there is another huge factor that you have to conside and that is one of your major property investors has pull out or at least had their tap turned off (Since last October). And this isn't just affecting Auckland and NZ but has an impact on the rest of the world.

And that investment mainly came from Asia or to narrow it down a little more China/Hong Kong. Since there have been lots of tax changes both here in NZ and in China to dramatically reduce overseas investment, that is going to have a HUGE impact on NZ and in particular Auckland's house prices. Considering that the market in Auckland has been bloated in the last few year by investors. Btw not sure if you noticed but one markets start to wobble one of the first things the banks but a stop to is overseas investment as they try to retain capital.
This may also explain why some of the larger European banks are pulling out of Asia at the moment, here's an example: http://www.bbc.com/news/business-35369821

Given that, I would seriously ask yourself is it worth paying a bolted house price or is it wiser to wait for them to fall given the current climate? I think the housing market is going to drop possibly by 20%

no no no house prices never drop in NZ so i am told daily,

Who tells you that sharetrader? Everyone I know is totally aware that prices fall some years and most could tell you which the down years were going back decades.

LOL i agree with you and show them periods when our house prices went backwards and even examples and try to let them know that all markets have bull and bear periods but they think i am crazy as the MSM has been prattling on about red hot house prices for the last few years and they believe all they hear.

Who tells you that sharetrader? Everyone I know is totally aware that prices fall some years and most could tell you which the down years were going back decades.

From my perspective Asian Money WAS the premium

Could you explain the tax changes that happened in NZ and China to reduce overseas investments?

It was well publicised
"off-shore persons" buying NZ property have to get a NZ IRD number as well as a NZ bank account, and disclose their tax-identification-number from their own country
http://www.accounted4.co.nz/blog/post/4825/Big-Changes-for-Property-Tax-...

This time last year 40% of AKL properties were being purchased by people of Chinese origin. Now they can't move money outside China via the junkets in Macau and other routes and so when you lose up to 40% of the demand overnight in any commodity then prices are almost certain to go one way.
There will always remain bulls in the market but I for one would not want to be over leveraged at this point in the property cycle.

Put on your crash helmets

Yes even in the UK property market a few years ago, people felt that house prices could never drop but as soon as the credit crunch hit, it dropped. And the evidence is already there for NZ. Real Estate Agents don't suddenly switch from a lucrative auction listing to priced property over night unless demand has dropped so significantly that there's no alternative.

If you are thinking of purchasing a property now is the time to put in a 'Cheeky offer' either at the CV price or lower - force the market to drop, it has too!

You would have to wait for the agents to get a little more hungry than what they are......the cheeky offers work better when they are struggling to pay their phone bills.

I see interest rates at 1.5-2 in near future, just to keep the bubble rolling.

I see interest rates at 1.5-2 in near future, just to keep the bubble rolling.

OCR? The problem is who will bother to lend to us at that rate for the risk? I would not, not unless its kangaroo capitalism and I was guaranteed no loss....

...seems consensus is starting to build (and not just on this site) that Auck ppty growth has either stalled or even going backwards. The closer regions (Tauranga/Tron) still posisbly lifting....the question i'm pondering is will these regions hold, or follow Auckland, albeit with a time delay? I'm of a view Auck is so significant they will have to follow......thoughts anyone??

Tauranga will go up big time!

Well I read these or similar comments each year and to be quite frank it's all a bit hohum. Sure the market is perhaps over cooked but nobody holds guns to the borrowers head, supply and demand, and might I say 'greed' will prevail, so, just let the market talk. Next...

The problem is in the Euro Swaps, liquidity is going to dry up, in a big way.